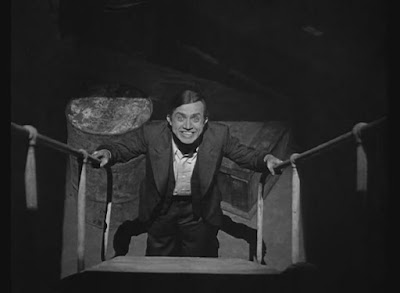 Want to know how great Dwight Frye is in the original sound Dracula? Alice Cooper wrote a song about him. I don’t see Alice Cooper writing elegies to any other semi-obscure 1930’s character actors…

Dwight Frye is a delight. He is the living embodiment of the Thespian credo, “Play well your part; in that, all honor lies.” He almost manages to steal Dracula from Bela Lugosi, which is saying something because we are, after all, talking about Bela Lugosi. Watch the film again and notice how Frye comes up with two entirely different speaking styles: meek and soft-spoken before he meets the Count, and then wigged-out, drawn-out, and “screamy” after he becomes one of Dracula’s minions.

I regard Frye’s performance in Dracula as “value-added.” While we have a completely serviceable drawing room mystery going on in the foreground (featuring what might be the first “method acting” performance in history by Bela Lugosi), we have a whole other “mini-movie” going on in the background. This mini-movie is a strange, spider-filled redux of Dr. Jekyll and Mr. Hyde as we watch Frye convincing transform himself from a meek and polite real estate clerk into a maniacal, raving thing. 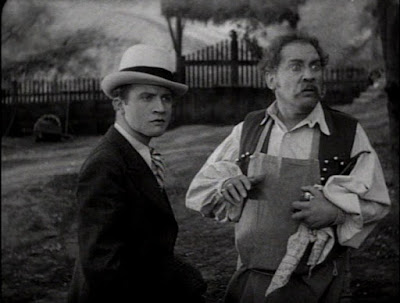 Is the scariest thing in Dracula Frye’s forced, wheezing, cackling laugh? I think it might be. I love the commitment and relish he brings to all of his dialogue about eating flies and spiders. I especially love the wonder (and a sense that he has gotten in way over his head) that he brings to this famous speech:


RENFIELD
He came and stood below my window in the moonlight. And he promised me things, not in words, but by doing them […] A red mist spread over the lawn, coming on like a flame of fire! And then he parted it, and I could see that there were thousands of rats, with their eyes blazing red, like his, only smaller. Then he held up his hand, and they all stopped, and I thought he seemed to be saying: "Rats! Rats! Rats! Thousands! Millions of them! All RED BLOOD! All these will I give you… if you will obey me."

TANGENT: Many, many years ago I saw a production of Night Must Fall performed by the Theatre Department of Bradley University in Peoria, Illinois. (Don’t ask.) The play focuses on a serial killer in a small town in England. The performances were electric and very scary. The lead role of the killer seemed very “Frye-like,” so I did some digging and discovered that in 1938, Dwight starred in Night Must Fall on stage at the Mason Opera house in Los Angeles. If only Frye had been cast in the famous 1937 film version! The film starred Robert Montgomery as the killer, and was named “Best Film of the Year” by the National Board of Review.

OTHER INTERESTING THINGS I LEARNED ABOUT DWIGHT FRYE WHILE SURFING THE WEB:

3. He was part of the original Broadway cast of Luigi Pirandello’s famous play Six Characters in Search of an Author in 1924.

4. He was an accomplished pianist.

5. During World War II, when roles where in short supply, he worked designing tools at Lockheed Martin in Los Angeles.

6. The Alice Cooper song I referenced is “The Ballad of Dwight Fry.” Cooper apparently dropped the final “e” from Frye’s name because Frye only added the “e” when he started performing on stage. Strange. 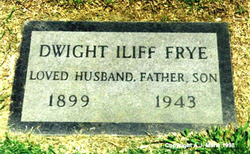 7. He was all set to appear in his first Technicolor film, Wilson, when he died on a bus returning home from the movies in 1943.