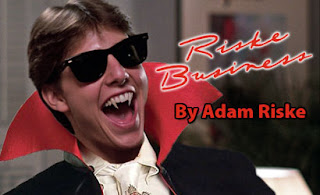 Some suggestions to send your Scary Movie Month out on a high note.

This movie has its fans, but it doesn’t get brought up all that much anymore. Arachnophobia was a gateway horror movie for me during my early days and I had just as good of a time with it on a revisit a couple of years ago. It’s fun in a The Blob (1958) sort of way. Jeff Daniels is an inspired everyman lead as the new town doctor, the movie has just the right balance of scares and laughs (John Goodman!) and the deadly spiders are very creepy crawly. This movie doesn’t get the love it deserves. Co-starring Harley Jane Kozak who at 8 years old I saw and was all “If I weren’t 8, I’d ask for a date.”

The final segment featuring a young Drew Barrymore and a tiny creature gets the most attention, but the first two segments are what make Cat’s Eye a really strong anthology for me. If you can get past James Woods being in it, “Quitters, Inc.” is effectively cruel in a fun Tales from the Crypt way and the middle story (“The Ledge”) with Robert Hays having to walking around the ledge of a high-rise building to avoid the wrath of a gangster is great, suspenseful filmmaking. This is a top of the silver medal category horror anthology.

Yep, another anthology. Like Cat’s Eye, Creepshow 2 goes 2 for 3 for solid stories with the highlights being the freaky and gross “The Raft” which was my immediate favorite story the first time I watched it and my new favorite “The Hitch-hiker,” an amusing segment that closes the film out. Just get past the first story, the slow and shruggy “Old Chief Wood’nhead” and it’s smooth sailing from there. Bonus: The Hitch-hiker is played by Tom Wright who would go on a play basically the same type of zombie role in the original Tales from the Hood. 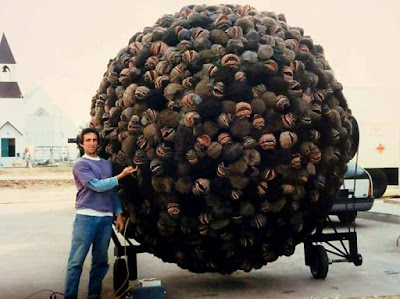 Critters 2 is the movie I wanted Critters to be. In a manner like Gremlins 2: The New Batch, the film really doubles down on the ingenuity of the gags and the creature design. It also moves at a fast clip making it a great hangout movie if you’re having a Halloween-themed movie night. Critters 2 holds a soft spot in my heart because it comes from the awesome writer-director-podcaster extraordinaire Mick Garris and features a scene of hundreds of Critters converging to form a rolling Critter Ball. This movie’s a blast from start to finish.

Specifically the director's cut. I’ve beaten the drum for this movie in the past and I’m going to again. I don’t think there’s another movie like Halloween II in the franchise. It takes the trauma of the events of the original Rob Zombie remake dead seriously and it really works as a tragedy about the death march of Laurie Strode (Scout Taylor Compton, in a performance I think is a bit underrated too). I rewatched this movie a few days ago and it’s exhausting and impactful with some masterful sequences. I totally get when people don’t like Rob Zombie films, but I will never understand when they simply dismiss the quality of his filmmaking. 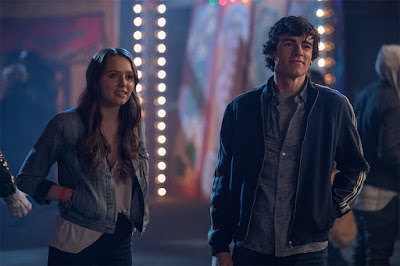 Stop reading this and go see Hell Fest right now! Let it in your life. It’s this year’s Birth of the Dragon i.e. it’s a perfect movie.

This was my favorite new-to-me discovery of last year’s Scary Movie Month. It has that great, warm early-90s Stephen King adaptation feel and tells an interesting story about a tabloid night crawler (who flies, making him a night flier) in pursuit of a vampire attacking regional airports. It’s a page-turning (can I use that phrase here?) character study with a showcase performance by the late, great Miguel Ferrer. The movie is methodically paced but stick with it until the end which is full of creepy imagery and great payoffs. 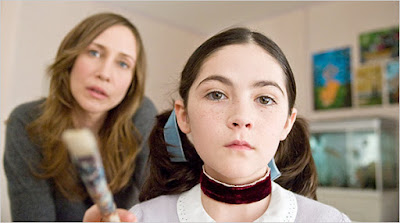 In recent years I’ve grown a nostalgia for Dark Castle productions like the House on Haunted Hill (1999) and House of Wax (2005) remakes. My favorite of their output though is Orphan. It’s nuts, deeply unsettling and goes for broke with its premise. I won’t spoil the twist here but let me just say it’s really satisfying and sets up a climax where you’ll definitely have a rooting interesting in favor of the always magnificent Vera Farmiga. I want to watch this again right now.

I hope you’re all having a great month. If you have any underrated horror film recommendations, leave a comment below!
Posted by Patrick Bromley at 12:00 PM