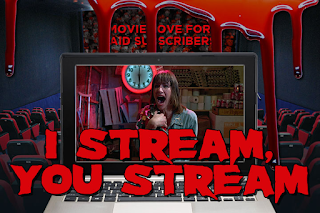 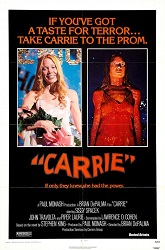 Carrie (1976, dir. Brian De Palma) In case you've never seen it (!!) or want to revisit so you can listen to our recent podcast, Carrie is now available for streaming. I like it more every single time I see it. Having watched it twice this week alone, I can now say that Pino Dinaggio's score is one of my all-time favorites. (Watch on Amazon Prime Video) 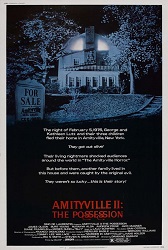 Amityville II: The Possession (1982, dir. Damiano Diamani) I just saw this for the first time two years ago and was weirdly compelled by it. I haven't seen a single other Amityville movie other than the Ryan Reynolds remake, but this felt way more like a sick and sleazy Italian horror film than it did a regular haunted house/dad gone crazy movie. There's a scene about halfway through the movie that is super upsetting but incredibly suspenseful, and it was the realization of just how invested I was in how it all played out that I realized I was really liking this movie. It's nuts. (Watch free with ads on Vudu) 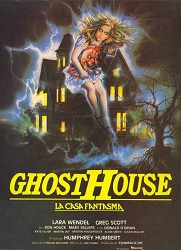 Ghosthouse (1988, dir. Umberto Lenzi) Speaking of crazy Italian movies that I totally love! Ghosthouse has everything: clown dolls, little girl ghosts, bisections, HAM radio. Even the English dubbing in this movie has its own weird energy. In Italy, this was released as La Casa 3, an unofficial (and completely unrelated) sequel to the Evil Dead movies. Several more La Casa movies would follow. This is my favorite of them. (Watch free on Shout! Factory TV) 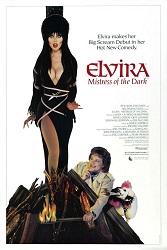 Elvira: Mistress of the Dark (1988, dir. James Signorelli) Those of you who need a break from the intensity or gore of so many horror movies may want something a little lighter, and this one is perfect for that. Elvira is one of the patron saints of the Halloween season, and her first starring vehicle is a perfect distillation of everything we love about her. (Watch on Hulu) 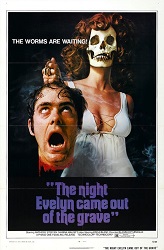 The Night Evelyn Came Out of the Grave (1971, dir. Emilio Miraglia) This movie is so weird and cool. It starts out like a traditional giallo about a man (Anthony Steffen) who lures redheaded women to his home and kills them as a way of acting out his grief over the loss of his unfaithful wife. By the end of the movie, he has become the de facto hero. That's pretty demented, but this is Italian horror we're talking about, meaning we're going to get a lot of cool style and beautiful people along the way. Oh, and the poster is the best. (Watch free on Tubi TV)
Posted by Patrick Bromley at 12:00 PM