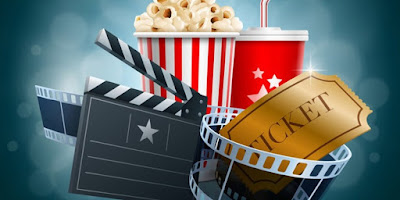 The review duo who have recommendations for everyone but Manny Machado.

Rob: Our new “Discoveries of the Month” series continues into February with some of our favorite first-time watches! Be sure to list some of your own in the comments.

My first pick is 1974’s The Taking of Pelham One Two Three, the subway heist classic starring Robert Shaw, Walter Matthau, Martin Balsam, Lee Wallace, and Jerry Stiller. It’s been a movie shame of mine for a long time, and while I’m frustrated that it took me years to finally see it, I’m also grateful to it for reinvigorating my genuine love of movies after a punishing Awards Season. It’s wonderful to be swept up in something so confident, something both old-fashioned and timeless. From Matthau’s opening tour of the Transit Authority station (“This way, morons, this way,”) to Shaw’s chilling tension with the trigger-happy Mr. Grey (Héctor Elizondo), the film effortlessly blends tones and styles in a way that always feels organic and realistic without getting too gritty or brooding. Even its cynicism about politics and institutions (the famous “18 sure votes” line), while biting and sardonic, isn’t mean-spirited. There is an essential good in this world, and essential standard of dignity, of right and wrong, whether our leaders adhere to it or not. I can’t say enough about how much I loved this one. 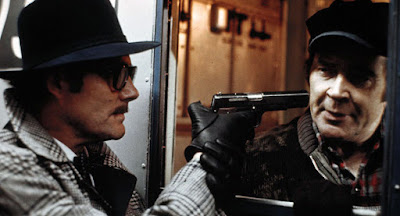 Adam: I’m movie-shamed. I’ve seen the remake directed by Tony Scott (which I enjoy), but not the original. I need to start making a Rob Watchlist. That sounds creepy. I’ll work on a better name for it.

My first pick is a movie Patrick championed on the site: the new Shudder documentary, Horror Noire. About halfway through the movie, I started to realize how special it was. It’s breaking ground by offering a new perspective on the horror genre that’s underrepresented in pop culture analysis. It was a humbling experience to watch this movie because there were times I caught myself thinking how I didn’t agree with a particular statement being said about Candyman (for example) and I had to tell myself “That’s the point. Be quiet and listen. Everyone doesn’t interpret this the same way you do.” Horror Noire is a fun watch, too. For as academic and important as it is, it’s also very entertaining and well-made.

Rob: I loved Horror Noire, especially since it gave me a new crop of stuff to put on my watchlist. It’s amazing how much you think you know about a topic (I showed Get Out to my film students this year, and we talked a lot about black representation in horror) before someone comes in and schools your ass on everything you’re not seeing. I’m really happy that Horror Noire is getting so much praise. It’s well-deserved.

My next pick is Bound, the 1996 directorial debut of the Wachowskis. I’d ingested this one through pop culture osmosis so completely over the years that I didn’t think I actually needed to watch it, but I’m glad I did. It’s a landmark in queer cinema, of course, and the lead performances from Jennifer Tilly and Gina Gershon are some of the fiercest and pulpiest I’ve ever seen, but I was most impressed with the visual and aesthetic choices the Wachowskis were making in their first “calling card” effort, the ones we’d eventually see elaborated on in The Matrix. You know how much I love bottle episodes, and I was incredibly impressed with the way those two apartments continued to shift in shape and mood as the story progressed. It was great to see how much the directors were able to do with so little, and how much they leaned into the “trashier” elements of the story in a genuine and romantic way that we don’t always see in these kinds of movies. They took a time-worn story and made adjustments that fit their sensibilities and strengths as storytellers in order to create something that felt new. I really enjoyed this one. 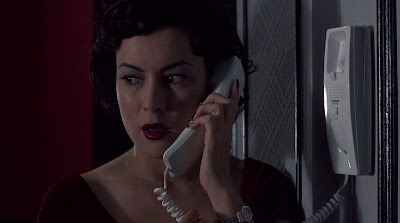 My next recommendation is Carl Franklin’s 1995 noir, Devil in a Blue Dress. It doesn’t entirely work, and in a weird way that makes me love what I love about it more. The central mystery is uninteresting, and I wonder if that’s intentional because the stuff around the margins is so good. The lead character played by Denzel Washington is fascinating; I love all the details about his pride being a homeowner. He’s the type of hero you want to follow from movie to movie. I think this movie will work well on subsequent viewings as a hangout experience where I don’t need to focus on the plot as much. The best part of Devil in a Blue Dress is that it’s very playful; the point is being a noir more than a satisfying narrative. It adheres to the beats of the genre, but is also ready to up-end others and go on digressions more interesting to the filmmaker. 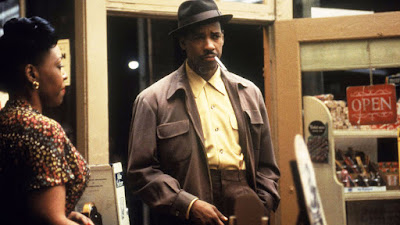 Rob: I haven’t seen this one, but it’s on the list! My last pick is Paris, Texas, Wim Wenders’ 1984 Palme d’Or-winning road film starring Dean Stockwell, Nastassja Kinski, and The Immortal Harry Dean Stanton. I’m not sure what more can be said about Wenders’ direction, Robby Müller’s cinematography, or Ry Cooder’s score than already has been, so I’ll simply say that I’ve never been more glad to have come late to a classic. I wouldn’t have been ready for it during my Criterion-hungry college days, nor would I have really appreciated the emotional complexity of Stanton’s performance (or that of Aurore Clémenet as his lost love, Anne) until just a few years ago. I’ve never seen a film that was able to visually illustrate — through both wide landscapes and cramped interiors — the difference between being alone and feeling alone. It’s a long film, an incredibly immersive and heartbreaking one set against open skies, but it would be wrong to describe it as an “epic.” At least, it doesn’t feel that way to me. It feels personal, intimate, the kind of intimacy we hope will be rewarded with catharsis and understanding. 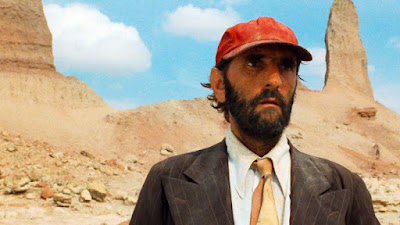 Adam: Wow. I haven’t seen any Wim Wenders movies. This is getting embarrassing. P.S. I’m glad you found a movie that connected with you this much. That’s always a special feeling. I need to see Paris, Texas at some point, too.

My last pick was one of my New Beverly Cinema follow-along watches and my first Rudy Ray Moore experience: Disco Godfather. This Blaxploitation classic shoots high up my list of favorites in the genre along with Truck Turner and Sugar Hill. Rudy Ray Moore is a force of nature. He's just so fun and engaging to watch. I love his bravado on screen. Disco Godfather has a little bit of everything: the disco craze, kung fu, angel dust hallucinations (some of which are scarier than entire horror movies), and a WTF ending I had to rewatch to make sure I saw what I thought I saw. This is a case where I thought I’d like the movie as a diversion but wound up completely loving it. It’s amazing that this was the only film directed by J. Robert Wagoner. It’s so assured. I also need to mention my delight that the whole plot is set in motion by Julius Carry, a character actor favorite of mine from his role on The Adventures of Brisco County Jr. I’m eager to keep the Rudy Ray Moore train rolling during Junesploitation with Dolemite.

Rob: I haven’t seen Disco Godfather all the way through, but I saw some of the highlights when the Red Letter Media guys covered (and loved) it a few years back. It looks amazing. 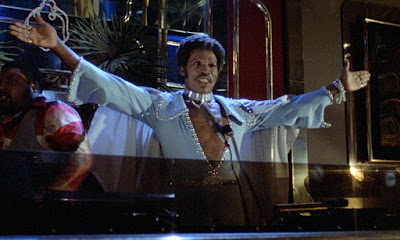 My honorable mentions include Kingpin and The Lords of Flatbush, both of which you suggested and I really enjoyed. I also caught up with Norman Jewison’s In the Heat of the Night and the zany comedy classic, It’s a Mad, Mad, Mad, Mad World. This monthly recap really keeps me disciplined and focused on filling in blind spots!

Adam: Same here! My honorable mentions this month include the absolutely fantastic Peter Jackson WWI documentary They Shall Not Grow Old, Steven Soderbergh’s mostly solid new Netflix movie High Flying Bird, and Martin Scorsese’s The King of Comedy, which is a very good film with an even better performance by Robert De Niro. Thank you to the Pure Cinema Podcast for getting me to finally watch it.

Rob: I think I’ll be checking out a few of my Scorsese blind spots (The Age of Innocence, Bringing Out the Dead) thanks to that episode, too! What are we doing next week?

Adam: Not sure yet, but we’ll be back soon. Until next time…