Don't dream it, stream it. 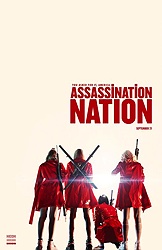 Assassination Nation (2018, dir. Sam Levinson) This came close to making my Top 10 of last year but I was unwilling to revisit it to be certain because I was pretty sure the movie wouldn't hold up to my memory of it. I still haven't gone back to it, but when I saw it last fall I was impressed at its audacity, at its technical construction, at its fearlessness to say and address certain things. I was ready to hate it for being sub-Heathers snark for the social media generation, but it's much more than that. The end credits alone are worth the two hours you'll spend watching it. (Watch on Hulu) 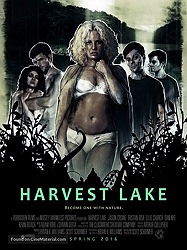 Harvest Lake (2016, dir. Scott Schirmer) I've been banging the drum for this micro-budget indie since it was released back in 2016 and was among my favorite horror movies of that year. I have continued to support director Scott Schirmer's work via various crowdfunding campaigns and will continue to do so because I think he's such an interesting and talented filmmaker, but Harvest Lake remains my favorite of his works. It's dreamy and super sexual and weird and hypnotic. (Watch free on Tubi TV) 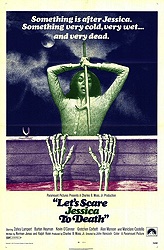 Let's Scare Jessica to Death (1971, dir. John Hancock) I saw this movie over a decade ago during a 24-hour Massacre and remember very little about it outside of its atmosphere and deliberate pacing. I know that it is beloved by people I respect (chief among them Elric Kane) and that it has been pretty hard to see for a number of years, so the fact that it's now available to stream is something of a coup. Don't wait too long to check it out, though; we don't want another The Devils situation on our hands. I learned my lesson with that one. (Watch on Shudder) 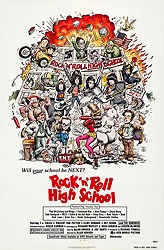 Rock 'n' Roll High School (1977, dir. Allan Arkush) There are few movies as fun as Rock 'n' Roll High School. Sure, the Ramones songs are great and the musical numbers a blast, but the rest of the movie is so wildly entertaining that I don't want it getting overlooked. Riff Randell is the best, but my heart will always belong to Dey Young. This is my favorite rock band movie of all time -- yes, I love it even more than KISS Meets the Phantom of the Park. (Watch on Amazon Prime Video)
Posted by Patrick Bromley at 5:00 AM