Streaming picks for the first week of Junesploitation! 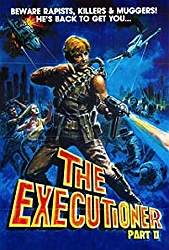 June 1: '80s Action! - The Executioner Part II (1983, dir. James Bryan) I don't even know what to say about this movie, about a Vietnam vet who returns home and decides to clean up the mean streets of New York. If that sounds like the plot of The Exterminator, it's only because that's exactly the plot of The Exterminator. If this movie had any comedy, it would be one Troma logo short of a Troma movie. It's bananas in a way that's perfectly suited to Junesploitation and exactly the kind of movie should be watching this month. I'm almost positive there is no Executioner Part I. (Watch on Amazon Prime Video) 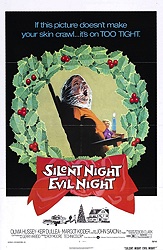 June 2: Slashers! - Black Christmas (1974, dir. Bob Clark) I'm not saying anything new when I call Black Christmas one of the 10 best slasher movies ever made. This month lends itself to blindly watching so much trash (which I do mean as a pejorative in this case) that sometimes you have to stick to something you know to be quality. (Watch on Shudder) 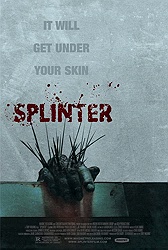 June 3: Monsters! - Splinter (2008, dir. Toby Wilkins) I know I saw this one years ago and don't remember a ton about it, save for the fact that the lead actress (Jill Wagner) was really strong and there was a cool monster that was different from other movie monsters I've seen. That's harder to do than you might think. (Watch free with ads on Tubi TV) 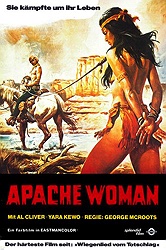 June 4: Westerns! - Apache Woman (1976, dir. Giorgio Mariuzzo) Offbeat Italian western that's more of a love story than anything else between an American soldier (Al Cliver of Zombie fame) and a Native American woman (Clara Hopf). Super low budget and decidedly non-PC, the film actually takes its time and gets us to invest in the romance at the center. It also doesn't really go where you might think. Rudy Maglioni's terrific score helps a lot, which is good because it plays over almost the entire film. (Watch on Amazon Prime Video) 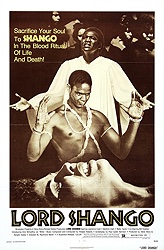 June 5: Blaxploitation! - Lord Shango (1975, dir. Ray Marsh) I'm a fan of this oddball blaxploitation horror effort about a mother (Marlene Clark) who seeks the help of a voodoo priest to exact revenge after an accidental death. The plot sounds like Sugar Hill, and the movies share some common DNA, but Lord Shango is stranger and more lyrical, with an effective sense of place and a greater sense of dread. It's not for everyone, but it's certainly singular. (Watch on Amazon Prime Video) 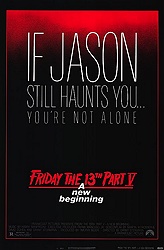 June 6: Free Space! - Friday the 13th Part V: A New Beginning (1985, dir. Danny Steinman) Yes, you could use today to watch The Perfection on Netflix because it's excellent, but Hulu is streaming all of the Friday the 13th films (as is Amazon Prime). Not only is A New Beginning one of my favorites of the franchise, but also maybe the Junesploitationiest entry in the entire series. If you're so inclined, you can even watch the movie with commentary from myself and Heather Wixson. (Watch on Hulu) 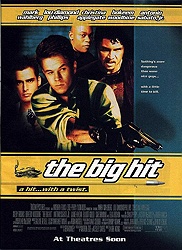 June 7 - '90s Action! - The Big Hit (1998, dir. Wong Che-kirk) Loud, goofy, and stupid, The Big Hit is a pretty good microcosm of a lot of '90s action. It's more comedic than most of its contemporaries, but part of the decade's wave of action films directed by Hong Kong filmmakers making the move to Hollywood (see also: John Woo, Ringo Lam, Tsui Hark). Mark Wahlberg is well cast as a dim-witted hitman, but it's Lou Diamond Phillips' wildly over the top turn that steals the movie. (Watch free with ads on Crackle)

More Junesploitation recs next week!
Posted by Patrick Bromley at 5:00 AM