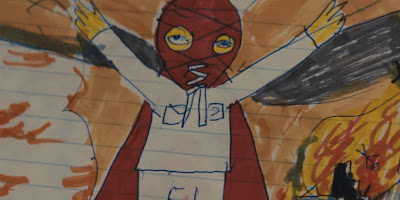 Rob’s April is Adam’s May.

Adam: Last month, Rob, you mentioned that you didn’t see many new movies that you really dug. That’s exactly what happened to me in May, though I had a great month of revisits and endless baseball watching. I saw eleven new movies and I’m going to struggle recommending more than two for this column. With that qualifier, my first pick is a movie that’s more interestingly frustrating than something I enjoyed and that’s Brightburn. I didn’t love the experience of watching this movie -- it’s really mean-spirited in an icky (not fun) way and pretty unimaginative with its concept of “What if Superman came to Earth and were an evil boy?” What I will say, to its credit, is that it certainly doesn’t shy away from going dark and is probably the movie its creators envisioned. Also, there’s a death scene for one character that I’ve thought about since I saw the movie. It’s one of the most surreal, scary, sad and upsetting moments I’ve seen in a recent movie. It’s the type of thing you have nightmares about, but never see on screen. What’s your first pick?

Rob: Something tells me Brightburn will be a Redbox pickup a few months from now. I’m in no rush. My first pick is one that you recommended a while back, and that’s Stephen Merchant’s Fighting with My Family. It’s hard to say this without sounding patronizing, but this movie is really, well, cute! Your girl Florence Pugh shines as real-life WWE star Paige, a young outcast fighting her way from a DIY westling family in England (led by the ever-awesome Nick Frost and Lena Headey) into the international spotlight. And look, I have to admit that I’ve never been a wrestling fan. I know WWE is the official sport of Film Twitter, but I honestly didn’t know until the closing credits that Paige was a real person. It was a pleasant surprise! I was also worried that WWE’s direct involvement in the film’s production would turn it into a glorified commercial, but — Rock cameos aside — Merchant focuses on the humanity of the piece in a beautiful and cathartic way. I really enjoyed this one. 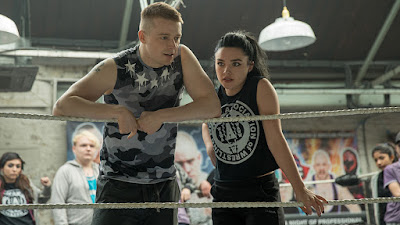 Adam: Glad you liked it. Doesn’t the brother in Fighting with My Family look exactly like a buff Simon Pegg? My next pick is John Wick Chapter 3: Parabellum. I really went out on a limb recommending that one, didn’t I? I’m in awe of Keanu Reeves, especially in the John Wick films. His physicality is incredible, and I really dig how these movies broaden the kinds of action with every new entry. The first 30 minutes of Parabellum are so high-octane that I was worn out in the middle and needed to amp myself back up for the finale (which is terrific unto itself). I think this is the type of film that will work well on cable because I can pick it up anywhere and watch it in sprints instead of as a marathon. Not everything in the John Wick movies works for me (I’ve said before that I’m 50-50 on all things The Continental/The High Table), but this new movie has more than five showcase moments that will keep me returning to it in the future. Plus, Mark Dacascos! There is nothing better in 2019 cinema so far than Mark Dacascos in John Wick Chapter 3: Parabellum. 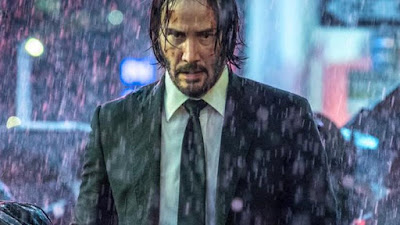 Rob: I still haven’t seen it! I need to get myself to a theater. My next pick is Dogtooth, the second feature from co-writer/director Yorgos Lanthimos. I’m a fan of Lanthimos’ filmography, overall, but rarely are they pleasant viewing experiences. His strict, claustrophobic formalism makes me feel so uncomfortable in my own skin that I just want to drink bleach and hide from the world. Yay, cinema! Every layer of Dogtooth is as awkward and sterile as the characters who populate it. The sex scenes are soulless and clinical enough to make you swear off physical intimacy for the rest of your life. The violence is absolutely brutal (I’d never thought to use a VHS tape as a melee weapon), but somehow not as brutal as the characters’ forced isolation and arrested development. Its genius is its horrific subtlety; the terror comes in our reflection as an audience, not what we’re seeing on screen. It’s in the implication. This one will be giving me nightmares for quite a while. The cat scene. Yikes. 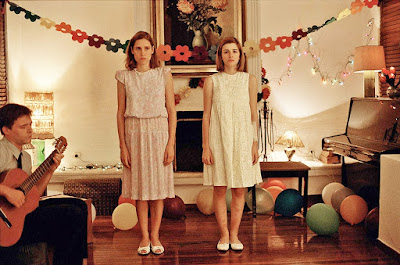 Adam: That’s one of the few (maybe the only one?) of Yorgos Lanthimos’s movies I’ve not seen. It took me a while to get his voice, but now I’m a fan especially The Killing of a Sacred Deer, which I was expecting to make me feel like shit and instead I found funny because it’s despairing to the point where all I could do was laugh it off. Speaking of laughs, by far my favorite new-to-me discovery of the month is Olivia Wilde’s Booksmart. I categorized the movie as “Female Superbad” in my head, and I was pumped to realize it’s just as much Harold & Kumar Go to White Castle. The two leads (Kaitlyn Dever and Beanie Feldstein) are good, but this is a movie where the supporting cast runs away with it. I kept saying to myself, “Who is that?” because a) I recognized the performer from somewhere but couldn’t place where and b) They were super funny, and I immediately wanted to see more movies where these actors appear. The standouts were Skyler Gisondo and Billie Lourd. Their characters are hilariously random and give the movie an energy boost whenever they’re on-screen. 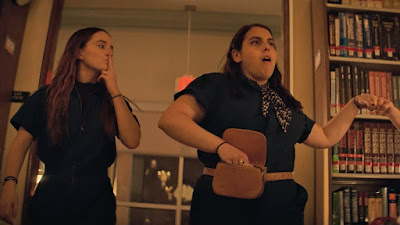 Normally I would give a few runners-up, but I didn’t have any in May. I revisited Phone Booth on cable for the first time since theaters and still really like it. Joel Schumacher has some kick ass movies. It bums me out that people only remember his bad ones.

Rob: My last pick is Shane Black’s The Predator. Maybe it’s because all the negative chatter had my expectations very low, but I thought it was two-thirds of a decent enough action movie. It’s certainly got some ideas that — though maybe not executed at their best possible level — might make for an interesting larger Predator universe at some point. The only other thing that really worked for me as a Shane Black fan was the fast and easy camaraderie between the unit. I loved that being military gave them a common language that went beyond machismo and into a kind of cynical bravery. I can’t say the dialogue or character building was all that great, but there were lots of little moments (especially from Sterling K. Brown and Thomas Jane) that worked. The truth is that I’d like to see this group of people do almost ANYTHING else together. I was reminded of other bands of misfits, like those on Community or It’s Always Sunny in Philadelphia. 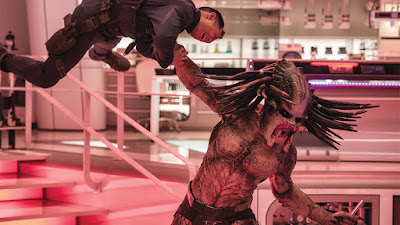 No May honorable mentions for me, but I’m sure we’ll have quite a bit to talk about after #Junesploitation!

Adam: For sure. Reserved Seating will be off for the next couple of weeks but back strong before the end of the month. Until next time…