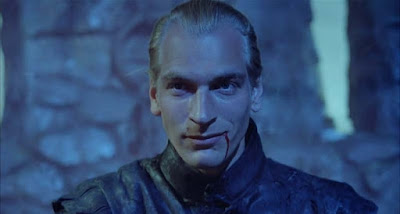 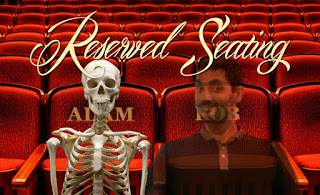 Adam: I’m elated that October is here and it’s time to binge watch horror movies. Unlike other years, I’ve been good at not starting early this year in September. There are loads of movies I want to revisit (e.g. Frailty, Suspiria (2018), and The Descent to name a few) and I’m sure we’ll discuss those later this month during one of our Reserved Seating check-ins. For this kickoff to October at Reserved Seating, Rob and I are picking the five movies each of us most want to see for the first time this month. Many on my list are films I’ve meant to watch for years and just never have. I’m ready to free up the real estate they’re taking in my brain’s watchlist. 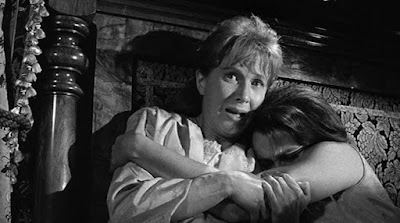 5. The Haunting (1963) - It’s my movie shame that I’ve seen the 1999 remake but never the original version of The Haunting. The remake is bad, but it’s not what dissuaded me from watching the original all these years. The issue is I have it on a 4-movie disc with Dr. Jekyll & Mr. Hyde, Freaks, and House of Wax and whenever I pull that I go for Freaks because it’s short and one of my favorite horror movies. I’m hoping The Haunting (1963) can still work for me after so many years of haunted house movies. I’m betting it will because in the words of Wesley Snipes in Passenger 57, “Always bet on black [& white]!”

4. Warlock - I’ve watched parts of Warlock here and there on cable over the years, but never as a whole. I’m more of a fan of Richard E. Grant now than I was back in the day, so I’m hoping that goodwill works to this film’s benefit when I check it out this October. Considering I like Wishmaster so much, this seems like it would be right up my alley. I have a vague memory of Julian Sands ripping out someone’s tongue and spitting it on a plate or frying pan. That better be in the movie because if I imagined it then I’m worried about me.

3. Night Tide - This might be an unfair expectation, but I’ve heard a couple of times that this movie is similar to my beloved Carnival of Souls. I’ve owned Night Tide for a couple of years, but have never made the time to check it out. What put it over the top for me this year is I saw one of the rep theatres I follow actually is pairing it with Carnival of Souls and that’s all the programming endorsement I need to watch Night Tide. It stars Dennis Hopper and involves boardwalks & carnivals. It’s up my alley for sure. 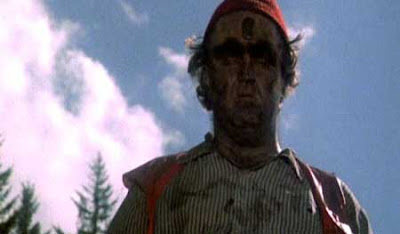 2. Just Before Dawn - The word of mouth on this movie has been gaining steam for a few years and I’ve been meaning to watch it but haven’t. This will be the year. I’ve grown more fond of the slasher sub genre lately and (from what I’ve heard) Just Before Dawn is a great and underrated one. Will this replace Satan’s Little Helper as my favorite film from director Jeff Lieberman? We’ll see.

1. Kwaidan - My most anticipated new-to-me this October is Kwaidan. It blends many things I like in the genre, including horror from Japan and anthologies. It being from the ‘60s makes it even more spooky to me (I can’t explain why but the ‘60s and ‘70s freak me out). I plan on watching a bunch of horror made or set in Japan this year (including first time watches of Kuroneko and Onibaba) and Kwaidan is the one I’m watching right away if I don’t wait until the end of the month or skip it altogether.

Have you seen any of these Rob? What’s on your list this year? Do you have a specific strategy for what you’ll be watching? I plan on taking a year off of favorites and focusing mostly on movies I’ve been meaning to watch or rewatch for a long time. This will likely go out the window by October 3rd.

Rob: I’ve seen The Haunting (I’m super excited to hear your thoughts), but that’s the only one on the list. Night Tide sounds fun! And weird? Anyway, another Scary Movie Month means I’m crafting another master strategy for viewing that falls apart before the end of the second week. I’m not sure what my problem is, honestly. I think maybe I’ve made too many rules for myself in the past; I’ve tried so hard that it’s turned into work. Well, there will be NONE of that! I’ve sampled all the genres. Made my way through all the box sets. Seen most of my Horror Shames. Homework time is over. This year, I’m keeping it simple: Every week will be themed after a decade. That’s it. No quotas. No rules about new viewings vs. rewatches. Hell, I’m not even going to do the decades chronologically. I’m just going to do what feels right. With that in mind, my 2019 Scary Movie Month Must-Sees include: 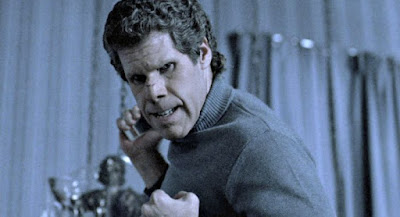 5. 1990s: Cronos - I’m gonna be honest. I still don’t know if I like Guillermo del Toro’s work as much as I just flat-out respect it. Don’t get me wrong — he’s a master. Blade II rules. Crimson Peak is weird and gorgeous. Pan’s Labyrinth helped get me into world cinema in college. The Shape of Water made hard-boiling eggs super erotic. And yet, I still find myself at this weird remove from his vision, as if he’s the cool art kid who dreams in colors I’m too stupid and shortsighted to fully interpret. I stare and stare at the images, knowing I’m supposed to get more out of them than I’m able to on my own. It’s not his fault, of course; it’s my own limited imagination. By finally checking out his 1993 debut, I’m looking to find a kind of Rosetta Stone that’ll help me delve further into interpreting his language. I’m hoping it’ll be like Eraserhead — a movie I watch as a key to unlocking other work more than for enjoyment in its own right. I guess we’ll see.

4. 2010s: Excision - I’ve been rewatching NBC’s Hannibal series lately, which means I’ve been nursing an appetite for some sexy, elegant body horror. I have no idea if this tale of a high school girl who gets turned on by mutilation will do the trick, but given how many “Goriest, Most Fucked-Up Horror Movies of All Time” lists Excision makes, I’m willing to bet I’ll be pleased. A quick skim down IMDb also shows Ray Wise and John Waters among the cast, so how can I go wrong? Wait. Before we move on, can we talk for a second about how dirty we, as a society, did Hannibal? I mean, I know I’m late to the party, but considering my Hannibal Lecter bonafides, you have to cut me some slack. How did they get that shit on network television? Human totem poles? Columbian neckties? Food porn made all the more forbidden because you know it’s made of PEOPLE? And just LOOK at Mads Mikkelsen. He is not of this world. #MurderHusbands 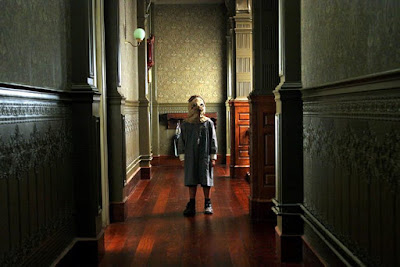 3. 2000s: The Orphanage - So, Jurassic World: Fallen Kingdom is a huge pile of shit, but most agree it was well directed. Since then, I’ve been curious to check out director J.A. Bayona’s work, and where better to start than with his debut, The Orphanage? And I don’t even like haunting movies! A quick Google image search lead me to some pretty gnarly screenshots, though, so let’s do it. From Roger Ebert’s 3 ½ star review: “[Suspense] makes this film into a superior ghost story, if indeed there are ghosts in it. I am not sure. They may instead be the experience or illusion of ghosts in the mind of the heroine, and since we see through her eyes, we see what she sees and are no more capable than she is of being certain...we’re tense and fearful, whether we’re experiencing a haunted house or a haunted mind.” I’m sold.

2. 1980s: Henry: Portrait of a Serial Killer - Remember how I said I wasn’t doing homework this year? I already failed. This one has been on my Scary Movie Month docket something like six years running, but I’ve never been in the right headspace to take it on. I’m honestly just tired of hearing it referenced on shows like Shock Waves and not being able to participate in the conversation. Is that enough? Is that worth it? No, I’m asking you, because I’m already wondering if I’m trying to fool myself by putting this on the list. Under what circumstances am I actually going to want to watch this? I can just read a summary or something, right? Is there anything I really need to see? What about The Stuff? That’s Larry Cohen, right? I watched some Larry Cohen for Junesploitation this year and dug it. 1985? Alright, let’s go with The Stuff, instead. 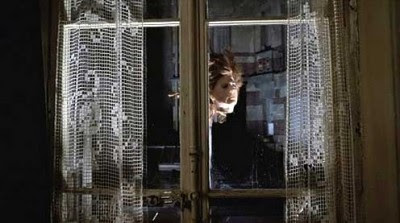 1. 1970s: The Tenant - I guess it was Once Upon a Time in Hollywood that made me realize I hadn’t seen enough Roman Polanski films. And, I know. Art vs. Artist, and all that. And I KNOW I said I wasn’t doing homework. But I’m just going for it. I’m fascinated by Polanski’s choice to cast himself in the lead, and I’m ALWAYS fascinated to see movies that Roger Ebert hated. From his one star review: “The Tenant was the official French entry at Cannes last May, and in the riot to get into the press screening one man was thrown through a glass door and two more found themselves among the potted palms. It’s a wonder nobody was killed in the rush to get out.” What a boss. Anyway, the more obvious choice was Repulsion, but I know I have a better chance of watching a week’s worth of ‘70s horror movies than I do ‘60s horror movies. Sometimes we have to be honest with ourselves.

Adam: I’ve seen a few of those. I remember little about The Orphanage other than it was good, but not my bag. Henry is a tough sit, but worth seeing once. There’s no other film quite like it. I remember thinking The Tenant was funny. It’s so bizarre that I couldn’t help but enjoy it ironically from the mid-point forward. Repulsion is worth seeing, too. You’ve got some good (and heavy) ones here.

What about you, readers? Leave a comment below on which horror movies you’re finally going to get around to seeing this Scary Movie Month. We’ll be back next week with more horror goodness. Until next time...

Rob: These seats are reserved.
Posted by Patrick Bromley at 12:00 PM