Celluloid Ramblings: A Short History of the Horror Film

Peruse the notes for my upcoming lecture and help edumacate the Youth of America.

Though I retired from teaching two and a half years ago, I still go back to my old stomping grounds one day a year for my district’s annual Visual Arts Day. I ran a workshop session at this high-school art students’ field trip experience for years when I was still teaching, and I continue to this day. I have organized lectures/discussions on a wide range of topics, including “The Gimmick Films of William Castle,” “Visual Aesthetics in the Films of George Melies, Alfred Hitchcock, and Wes Anderson,” “Tricks of Film Editing,” and “Movie Makeup Maestros.” That last one was fun because besides providing a primer on the work of Lon Chaney, Jack Pierce, Dick Smith, Rick Baker, and Tom Savini, I also provided plentiful real stage makeup and a tutorial on how to become a zombie. It was the best: as the day wore on, more and more zombies roamed the halls as the kids who attended my session decided not to remove their makeup afterwards.

In a few weeks, I am repeating a workshop I first presented in 2006, “A Short History of the Horror Film,” and I am updating it to include the last 13 years.

Using Power Point, film clips, anecdotes, and lots of Halloween candy, I try to give the kids with concise guide to the last hundred years of scary movies. I divide the territory as follows: 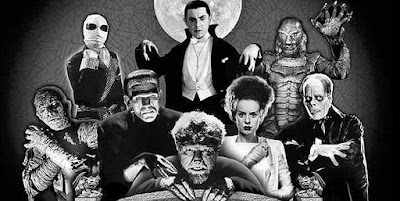 1. Universal Horror (1931-1955)—Although there were significant horror films in the silent era (era), horror as a genre did not flourish until sound films. This is ironic because scenes of fright and terror rarely rely on dialogue. Most silent horror films try to pass off their scary content as dreams (The Cabinet of Dr. Caligari), the schemes of resentful relatives or insurance investigators (The Cat and the Canary/London After Midnight) or comfortable period pieces/costume pictures set in a recognizable historical past (The Hunchback of Notre Dame/The Phantom of the Opera/Dr. Jekyll and Mr. Hyde).

Universal was the first studio to gamble on making horror films that, though based on literary sources, presented their horror as “real” in the world of the film. Dracula is real. He will suck your blood and kill you. Dr. Frankenstein really made a man out of dead bodies and brought it to life. Jack Griffin has really discovered the secret of invisibility. These are presented as actual situations with actual consequences. Dracula is not an insurance investigator trying to nail down the perpetrators of a Carfax Abbey insurance fraud. Henry Frankenstein does not wake up one morning from his crazy dream of creating life.

Universal’s impressive list of genre films can actually be broken into three distinctive periods: the early masterpieces, like Dracula, Frankenstein, The Mummy, The Invisible Man, The Bride of Frankenstein, The Black Cat, and The Raven; the middle period (following the English ban on horror films), which included The Wolf Man, lots of sequels and “monster rallies;” and the 1950s sci-fi cycle that began with It Came From Outer Space and The Creature From The Black Lagoon. Universal’s horror films of the 1930s, ’40s, and ’50s set the archetypes, monsters, and standards for decades to come, spawning sequels, remakes, and endless merchandise. When people today think of Dracula, Frankenstein’s Monster, The Mummy, The Invisible Man, The Bride of Frankenstein, and the Wolf Man, chances are they are summoning mental images of Universal films. These monsters have tremendous cultural reach. Not many other horror film characters have inspired popular breakfast cereals. #FreddyKruegeroos #Jigsaw-namon Crunch 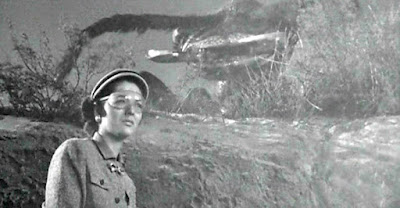 2. BIG BUGS! (1954 to 1960)—Science fiction-tinged horror films ruled the roost throughout most of this era (era). Most were trying to duplicate the huge financial success of Warner Brother’s 1954 hit Them! featuring giant ants. Various studios tried to repeat what quickly became a formula with Tarantula! (which even copied the title’s exclamation point); The Black Scorpion; Beginning of the End, which featured giant grasshoppers; The Deadly Mantis; Earth Vs. the Spider; Monster From Green Hell, which featured wasp beetles; Cosmic Monsters, which featured roaches, beetles, spiders, and grasshoppers; The Monster that Challenged the World, because there’s nothing more terrifying than giant snails; Wasp Woman; Attack of the Giant Leeches; and The Fly. Also, many non-insect animals obligingly mutated to gigantic proportions as well in films including Attack of the Crab Monsters, The Giant Gila Monster, Attack of the 50-Foot Woman, Killer Shrews, and The Amazing Colossal Man. 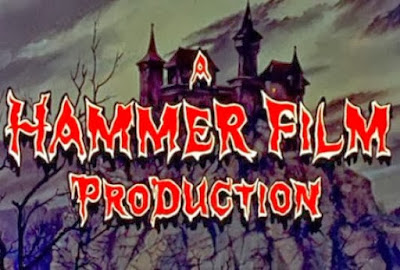 3. Hammer Horror (1957 to 1973)—Most of these great films were remakes of the Universal canon, with added gore and sexy sex. It is difficult now to fully appreciate how popular Horror of Dracula, Curse of Frankenstein, The Mummy, The Two Faces of Dr. Jekyll, The Curse of the Werewolf, The Phantom of the Opera, Plague of the Zombies, The Vampire Lovers, and all of the various and sundry sequels were when first released. These films made international stars out of Peter Cushing and Christopher Lee. Hammer had a specific studio style that is unmistakable; viewing any of these films is like walking around in “Hammerland.” It’s no wonder: many of the same creative team worked on all the films and major set pieces, locations, and costumes were reused. 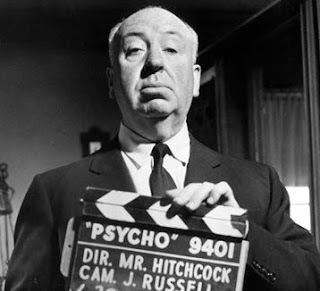 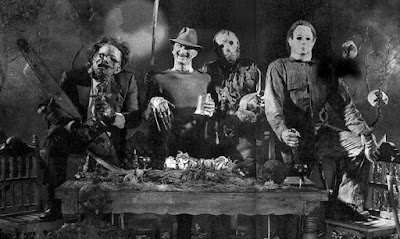 5. The Silver Age: Leatherface, Michael, Jason, & Freddy (1974 to the present)—The Texas Chainsaw Massacre, Halloween, and A Nightmare on Elm Street effectively start an era (era) from which we have not yet emerged. So popular are these immortal slashers that sequels and remakes continue to this day, from the truly terrible (that misconceived Nightmare on Elm Street reboot in 2010) to the respectful and fun (last year’s Halloween sequel). The Halloween franchise now lists 11 films, with two more on the way; Nightmare on Elm Street boasts nine sequels and a remake; and Friday the 13th is just one sequel away from hitting its titular total of sequels. It seems the American movie-going public will never tire of evil men with pointy objects. 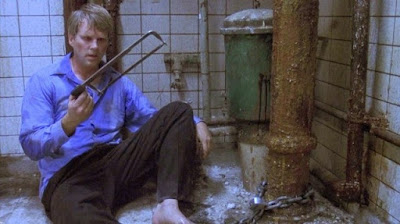 6. Get Out (Alive) (1999 to the present)—Starting with The Blair Witch Project in 1999 and Saw in 2004, horror films take a very specific turn, focusing on mostly young people trapped in horrible, violent, dangerous situations and just trying to get out of it alive.

If we believe David J. Skal’s thesis in his indispensable, groundbreaking book The Monster Show, all popular horror films have a social subtext that explain their popularity. Could young people be flocking to blood-soaked endurance tests like Hostel or Get Out because these films present a metaphoric view of modern life: horrifying, dangerous, and untenable, with no hope for the future? Cabin in the Woods… The Conjuring… Don’t Breathe… I Saw the Devil… You’re Next… A Quiet Place… The Purge films… by watching (and surviving) films like these, young movie fans get to release some anxiety about the shit-shit-shitty world they are being handed by the Baby Boomers. Everything’s the worst, so sleep tight!

So here are my questions to readers: have I left out anything important? Am I misreading any trends? Do these categories and eras (eras) hold water and are they useful in talking about this genre we all love? I invite your comments and suggestions in the section below. I really want to hear what you all think. Help me create the next generation of horror fans and filmmakers!

Oh, and Happy Scary Movie Month!
Posted by Patrick Bromley at 5:00 AM