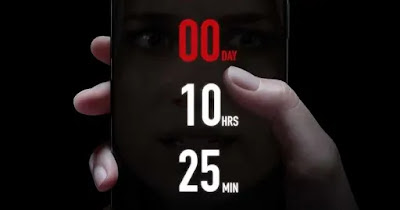 Dating back a few years, I was over the moon for bad teen horror movies like Wish Upon or The Bye Bye Man. I couldn’t muster up the same enthusiasm for Countdown even though I know it’s my brand to do so. I don’t think I’ve matured or anything like that (and I still love Wish Upon), but the thing with Countdown is that it never feels like a movie where anyone is trying. When I saw the trailer and learned that the premise was about a phone app that tells you the exact moment you’re going to die, I sank a little because it felt cynical. This is a movie that’s intentionally dumb (so teens can poke fun at it) released to make pre-Halloween dollars before evaporating from everyone’s memory on November 1st. I don’t believe the studio or filmmakers really cared about bringing Countdown to the screen, so seeing it and reviewing it is a bummer for me.

Two characters in Countdown steered me in this grumpy direction. The first is a character named Derek (Tom Segura), who owns a cell phone store in a strip mall. He’s basically the Comic Book Guy character from The Simpsons, but he’s so needlessly snotty and mean upon his introduction that it took the enjoyment out of this “fun” character for me. The other is a hip priest named Father John (P.J. Byrne) who listens to rap music, eats communion wafers like snacks, and enjoys The Bible because it’s like an awesome graphic novel. The problem with these characters is that the film isn’t taking its premise seriously. It’s hoping that the audience lets the filmmakers off the hook for the movie being lazy, stupid, and terrible because the characters are aware that the movie is lazy, stupid, and terrible. Why not just make a good, sincere, schlocky movie? Movies are difficult to make, I assume. Why spend a year developing and releasing a bad horror movie that wears that distinction as a badge of honor?

Nothing in Countdown really works. The leads (played by Elizabeth Lail, Jordan Calloway, and Talitha Bateman) are pleasant and play the material straight, so they come off best. There’s a subplot involving a young nurse (Lail) being sexually harassed by a doctor (Peter Facinelli) that Countdown spends way too much time on and doesn’t have any interest in addressing seriously. The movie has nothing to say about phone technology or apps when it easily could have. How about “We’re watching our lives tick away looking at our phones.” Nope. How about someone dying by getting into a car accident while looking at the Countdown app on their phone? Nope. How about someone having an accident looking at their phone when they should be paying attention in a crosswalk? Nope. The movie isn’t even clever as a Final Destination/Drag Me to Hell ripoff. The first few victims are literally killed by being picked up in the air and dropped on their head. Also, there’s a Countdown demon. Not surprising since these movies always have an apparition for a villain. This one looks like a dummy you buy at Spirit Halloween draped over with a couch blanket. Cool! 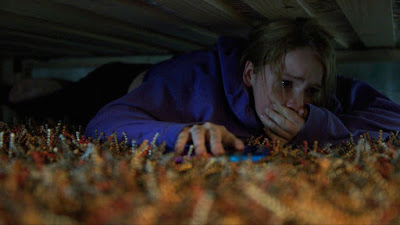 I’ve been watching mostly movies from the early 2000s and before during this Scary Movie Month. I feel like people making movies cared more back then than they do now. If something like Countdown were made in the ‘80s, it probably would have been great fun. Now it’s not even fun for unsuspecting teens to watch on their phones. I don’t say this hardly ever, but I’m mad this movie wasted my time. I’m also insulted on behalf of filmmakers trying to get something personal made (or even use horror as a calling card) that see their careers take a back seat to a movie like Countdown, which is for nobody.
Posted by Patrick Bromley at 5:00 AM