A Movie I'm Thankful For: STAR WARS: THE FORCE AWAKENS 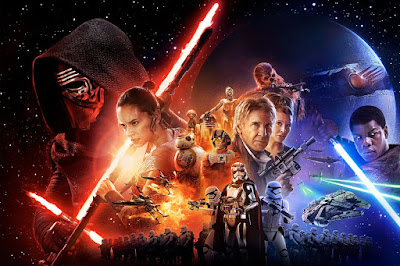 If you’re paying attention at all to current politics and pop culture, you’ve obviously been made aware of the animosity and anger that has become the Boomer and Millennial generations. I don’t need to re-hash any of that and go into why the anger exists, but as I’ve gotten older, I’ve become more aware of the age gap and what that means. For those of you who don’t know, and don’t get the opportunity to interact with younger generations on a regular basis, I should note that I’m a High School teacher and getting older means little things. You find that your jokes don’t land as much. You can’t reference things like the “OJ Simpson Murders” or tell someone they’re looking very “grunge” without giving a brief history of the early '90s. Some things, however, go beyond time and culture and have become part of the lexicon of the past 40 years. That’s Star Wars.

I grew up in the '80s, and right as Star Wars seemed to be on the way out, another group of kids were introduced to the prequels. Sure, the impact of those original three may have been greater than those of the generation of the late '90s and early 2000s, but the point is it was there. In my 20s, I could have conversations with my younger siblings at a family party about Darth Vader and the merits of the Ewoks in freeing the galaxy. However, as the 2000s went on, it appeared that Star Wars was becoming creatively bankrupt, and while I enjoyed shows like Clone Wars, it didn’t have the same cultural impact as a movie had. It felt like Star Wars was going to get trapped in the past like so many other things that I’d loved growing up. 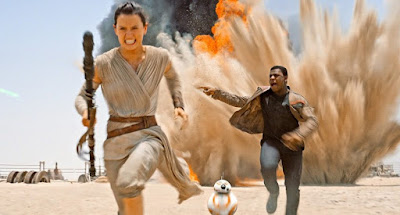 I’ve spent the large majority of my life surrounded by fanboys. That’s putting it mildly -- they’re nerds. And as comfortable as I feel being around them, they do have their flaws, but the thing that drives me the most insane is a subsection of nerd that get off shitting on something. The more you seem to love something the more eager they are go drop a deuce on your happiness. Now, yes, I know I’m stereotyping, but keep in mind it’s not all nerds and I’ve got about 30 years of data to fall back on. I’ve listened to so many people shit on the new Star Wars movies and I think pretty unjustly. Yes, I know it’s not Empire and they have their problems, but with the hype and excitement coming into The Force Awakens, it just needed to be decent, and I think it’s much better than that. I’ve enjoyed The Force Awakens; it’s a good movie. But that’s not why I’m thankful for it. I’m thankful for The Force Awakens because it means this thing I love didn’t die. 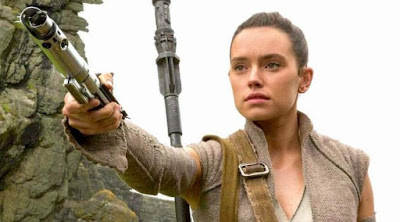 There are some great fandoms and franchises in movies, but so many of them are finite. Harry Potter, Lord of the Rings, and even the to an extent the Marvel Universe all have an end, or just reboot every few years. Many times handcuffed by its fan-base and source material, it can’t break away from the things that made them famous. Not Star Wars. Star Wars is based off of itself, bound by only the creator’s imagination and the desire to make a ton of money. Disney bought Star Wars in 2012 and I had my son in 2013. With a renewed interest in the franchise coming with new movies, the market was once again saturated with toys, and tees, and my son could not get enough of it. Watching the Battle of Hoth, or Rey and Finn flying through the wreckage of a Star Destroyer while he sits on my lap, those are memories him and I are going to share for the rest of my life. It's a closeness that I’ve shared with my son, a joy over a movie that he and I were both able to share at the same times in our lives but nearly 30 years apart. I hope they never stop making Star Wars movies. I hope that someday I get to sit next to my grandson and watch Snowspeeders wrap tow-cables around the legs of AT-AT’s. I hope this joy that the movie brought to so many millions of us spans generations just like The Force Awakens has done for me and my son. I know that it’s a movie, and that the tensions between generations in our current climate go very deep, it’s my hope that we can find the common things that we love, and bring us joy, so that we can a be a bit less angry and celebrate that we all get to share some wonderful things together.
Posted by Patrick Bromley at 5:00 AM

Email ThisBlogThis!Share to TwitterShare to FacebookShare to Pinterest
Labels: a movie i'm thankful for 2019, star wars, the force awakens