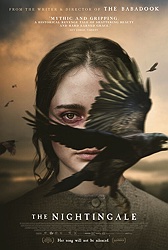 The Nightingale (2019, dir. Jennifer Kent) This is one of the most difficult and brutal movies I've ever watched. Trigger warnings abound. If you've got the stomach for it, Jennifer Kent's sophomore feature (after debuting with The Babadook) is a savage tale of survival and revenge. It's gorgeously photographed and impressively acted, particularly by lead Aisling Franciosi and Baykali Ganambarr as her Aboriginal guide. It's a film I'm in no hurry to see again, but I can't deny its power nor its craftsmanship. (Watch on Hulu) 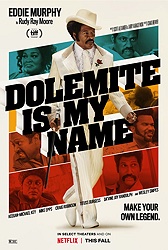 Dolemite is My Name (2019, dir. Craig Brewer) Erika and I had to wait until October ended to finally watch this biopic of Rudy Ray Moore, which premiered on Netflix late last month. I loved it as a Rudy Ray Moore fan, but it's so much more than that. It's one of my favorite movies of the year -- Ed Wood for the blaxploitation set, and a beautiful film not just about the need to create but about community, too. Wesley Snipes steals the movie as D'Urville Martin, but Eddie Murphy gives the kind of performance that reminds us why he was once the biggest star in the world. I can't say enough good things about this one. (Watch on Netflix) 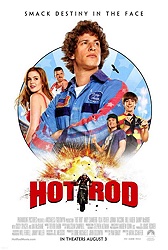 Hot Rod (2007, dir. Akiva Schaffer) I'm always on the lookout for a certain kind of comedy -- the kind where it feels like everyone involved is getting away with something because there are no higher ups watching over them. Billy Madison is that kind of comedy. So is Wet Hot American Summer. The most recent one I can think of is Hot Rod, a comedy from the Lonely Island guys about a wannabe stuntman (played by Andy Samberg). The cast is great, the gags inspired and absurd. Our kids are obsessed with this movie, too, and will often tell us they like to party. What are some other comedies like this? MacGruber maybe? (Watch free with ads on Vudu) 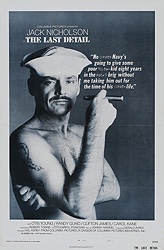 The Last Detail (1973, dir. Hal Ashby) I'm starting to teach my film class about the Hollywood New Wave of the 1970s, which means I want to watch every single movie from what is often considered the best period in American filmmaking. The Last Detail is one of the many giants from that time. While I like every Hal Ashby movie (yes, even 8 Million Ways to Die), he's still not a director whose signature I can discern across his body of work. I like every Hal Ashby movie without really getting what makes a "Hal Ashby movie." This is why I still need to see the documentary Hal. At any rate, The Last Detail is one of his best and features what might be my favorite Jack Nicholson performance, which is really saying something considering how '70s Jack is the best. (Watch on Criterion)

Email ThisBlogThis!Share to TwitterShare to FacebookShare to Pinterest
Labels: andy samberg, dolemite is my name, hal ashby, hot rod, i stream you stream, jennifer kent, the last detail, the nightingale