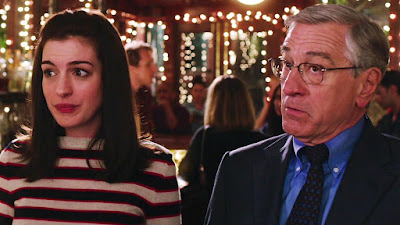 What film from each year of this decade would we leave behind for future generations?

Adam: This week Rob and I are going year by year for the second half of this decade and each selecting one movie we think is worthy of being left to discover by future generations. The criteria are subjective, of course. It could be a movie we think has cultural significance, one to which we have a great personal attachment, or maybe even something unsung and underseen. I’m excited to see if we have any matches.

Rob: This was the hardest year yet, for me. With all due respect to Creed and Mad Max: Fury Road (two great movies that I love deeply), I’m going with Alex Garland’s Ex Machina. Not only is it one of my favorite science fiction films of the decade, but it (along with Spring Breakers) was the movie that truly began the A24 era (era). My film acumen really developed in the age after the ‘90s indie boom, a period in which mini-majors like Fox Searchlight, Miramax, and Focus Features dominated the “indie” scene, so it’s been great to see a quality brand like A24 grow into itself and develop its voice organically. Plus, you know, Ex Machina stars Alicia Vikander. So.

Adam: I’m going to get goofy here and pick a movie that’s beyond sensational: The Intern. This film could have been nonsense, but instead is a supremely charming movie with ace performances by Anne Hathaway and Robert De Niro. Also, this is the best movie I’ve ever seen about the day-to-day life of a successful woman at work. It was ahead of its time. If The Intern came out in 2019, it would be talked about with the same reverence as Little Women (2019). 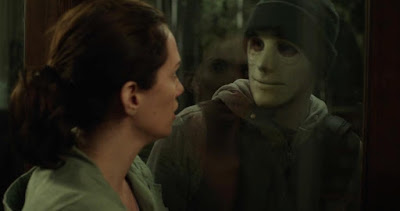 Rob: Another tough year, but I’m going with Mike Flanagan’s excellent Hush, the first made-for-Netflix movie I remember really getting excited about. Memory is totally subjective (and often flawed, so forgive me for any big omissions), but it seems to me that Hush was one of the films that helped Netflix distinguish its original productions from the “made-for-TV” heap and, I believe, opened the door for a lot of great filmmakers to see the streaming service as a viable distribution option. Their batting average has been touch and go since — and there are a thousand flaws in their delivery model — but it’s hard to argue against Netflix’s importance to the film industry as it stands today.

Adam: Yeah, I agree this was a tough year to pick one. I’ll go with Hell or High Water, which is an incredibly solid and rewatchable drama filled with great performances working off an even better screenplay. In terms of cultural significance, the film is saying something about economic hardship, which was a major hindrance in the decade to people’s pursuit of happiness.

Rob: Star Wars: The Last Jedi. At this point, I really shouldn’t have to explain why. 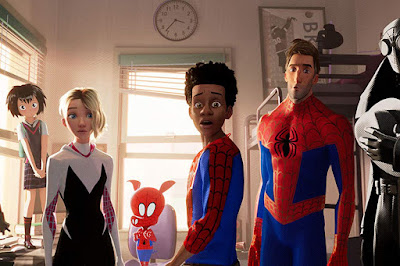 Rob: I’m stuck on two here, and they couldn’t be more different: Spider-Man: Into the Spider-Verse and Paul Dano’s Wildlife. Both are primarily about fractured realities (one of a family and one of, well, an actual series of realities), and both end with characters coping with those fractures in the best ways possible. One weaponizes imagination and optimism, the other comes to terms with frustration and inevitability. That was 2018 in a nutshell, to me: coping with the Darkest Timeline our reality had spun into and trying to figure out where we all go from here. There are so many images in Spider-Verse that have already become iconic, and the final shot of Wildlife is at once haunting, vulnerable, and at peace. I love both of these films.

Adam: I’ll go with Black Panther. I like the movie, but the reason I’m picking it has more to do with how much it captured the zeitgeist when it was released. Marvel movies always get the pop culture focus leading up to (and for a little while after) their release, but Black Panther did even more than that. This was a movie that brought out a lot of passion and enthusiasm with fans in a way that was sincere and not calculated by the Marvel and Disney machines. In that regard, it felt almost retro.

Rob: If we want to show future generations what major studio filmmaking looked like at its best in 2019, I almost feel like we have to go with Avengers: Endgame, the payoff to 20+ individual stories over more than ten years. No one in 2008 thought this would work (I certainly didn’t; Who gives a shit about Iron Man?), and there are countless examples of why franchise filmmaking is bad for the industry, but there’s no denying that Marvel stuck the landing. Endgame is an incredibly watchable, four-quadrant epic that gives satisfying endings to its departing characters while setting a new stage for what is yet to come. Sure, Spider-Man: Far From Home was kind of a mess, but with titles like The Eternals and Dr. Strange in the Multiverse of Madness on deck, I’m excited to see what Marvel does now that it has permission to get weird. 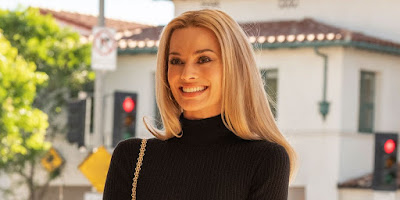 Adam: My final pick is Once Upon a Time in Hollywood. I think it’s the 2019 movie that comments most about the crossroads the film industry is at right now. Tarantino used to be the new kid on the block and now (and I don’t say this as an insult, I’m on his side) he’s the old guard. The movie is telling that meta-textual story in parallel to the text of the film with Rick Dalton filling in for the traditional film industry and the “Easy Rider wave” being streaming/endless serialized narratives and the entertainment unknown. More importantly, I’m picking Once Upon a Time in Hollywood because it’s my favorite movie of the entire decade. It’s beautiful, nostalgic, heartfelt wish-fulfillment.
Posted by Patrick Bromley at 5:00 AM

Email ThisBlogThis!Share to TwitterShare to FacebookShare to Pinterest
Labels: avengers endgame, black panther, colossal, ex machina, once upon a time in hollywood, reserved seating, spider-man into the spiderverse, the intern, time capsule movies