Thoughts on a few films that will just miss my best-of list.

Note: I’m going to try to stick to stuff I haven’t already written about or that won’t make my official “honorable mentions” next week. Ok. Here we go. 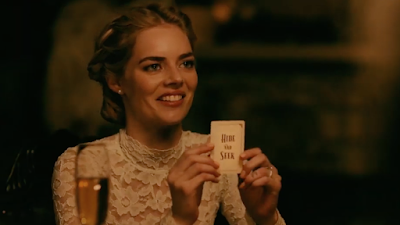 “Eat the Rich” was a popular theme in 2019, wasn’t it? From Joker to Knives Out to Parasite and beyond, it seems that our collective political disillusionment has led — not unpredictably — to a renewed interest in upheaving the Status Quo. While Knives Out and Parasite posit more sophisticated theses that arguably handle this issue more elegantly, Ready or Not has the most fun with it. It’s a punk rock manifesto that pits Grace (the excellent Samara Weaving) against her money-grubbing, Satan-worshipping in-laws in a deadly round of Hide and Seek. It’s all a game to the Le Domas family — literally, as they built their empire on playing cards and other tabletop diversions — so they have no qualms about sacrificing the new bride for the sake of their own prosperity. But playtime, it seems, is over. Guy Busick and R. Christopher Murray’s screenplay compliments their directors’ sensibilities nicely, making Ready or Not a funny and satisfying bit of revenge fantasy. 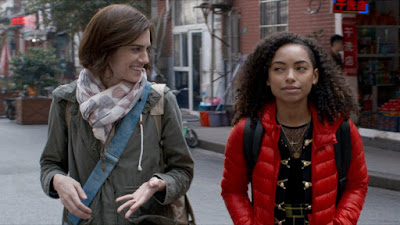 I’m surprised not to see The Perfection on more best-of lists, as it sports a gnarly thriller premise and stars Allison Williams and Logan Browning, both of whom seem poised at the edge of super-stardom. The pair play former cello prodigies who, after bonding over their shared (and troubled) history at Steven Weber’s prestigious music academy, resolve to return home for retribution. It’s certainly two very distinct films, with one playing genre expectations against us and the other playing them straight, but that doesn’t stop me from enjoying the whole as a slick and trashy B-movie cousin to Blue Velvet or The Handmaiden. Standing out especially is Allison Williams, who — from Girls to Get Out — has shown a real on-screen swagger, a (dare I say) Kristen Stewart-esque naturalism that always makes me excited to see what she’ll do next. And it’s not just the hair thing, okay? I mean, the hair thing helps, but it’s not just that. Not JUST that. 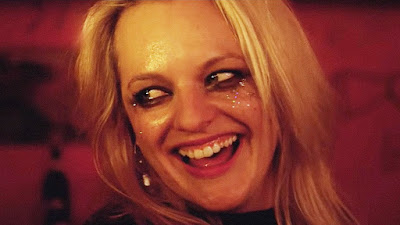 Those who walked out of Us clamouring for an Elisabeth Moss Joker film will find it in Her Smell, a gritty redemption story helmed by Alex Ross Perry (Queen of Earth, Golden Exits). Moss is Becky Something, the lead singer and guitarist of ‘90s all-girl punk outfit Something She. The band, rounded out by bassist Marielle (Agyness Deyn) and drummer Ali (Gayle Rankin), is on its last legs, due mostly to Becky’s bouts with addiction and creative stagnation. Becky is a force of chaos wherever she goes, and Her Smell’s first hour brilliantly chronicles her toxic relationship with fame. It’s in the film’s second hour, though, that it slows down and — like its heroine — finds a kind of spiritual peace. Some viewers have taken issue with the supporting cast’s tendency to “enable” her (including Dan Stevens as Becky’s ex-husband and Virginia Madsen as her mother), but those who have coped with the reality of addiction will certainly have more sympathy for their plight. 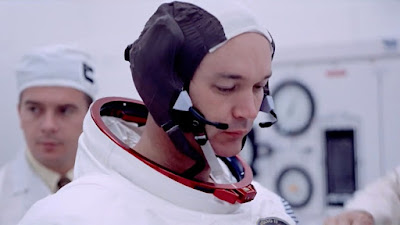 It’s almost strange to refer to Apollo 11 as a documentary, as it features no voice-over narration or talking head interviews. Instead, Todd Douglas Miller’s film relies solely on archival footage of NASA’s 1969 voyage to the moon, building a chronological narrative out of radio communications, on-board transmissions, and a variety of other gorgeous 70mm images of astronauts Neil Armstrong, Buzz Aldrin, and Michael Collins during their eight-day journey to the lunar surface and back. It’s a thrill to watch for anyone who believes in humankind’s ultimate potential to overcome any and all obstacles in its path, but it hit me especially hard as someone who grew up obsessing over Ron Howard’s Apollo 13 (1995). If the techno-engineering drama (“CAPCOM?” “Go!” “FIDO?” Go!” “ECOM?” “We’re go, Flight!”) doesn’t juice you up, the existential wonder of seeing Earth from the far side of the moon will be a feeling you’ll never forget. 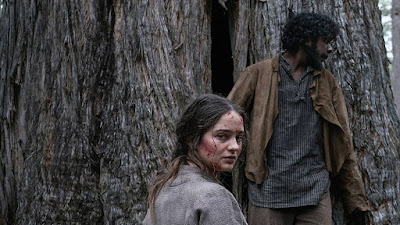 During our Award Season podcast discussion a few weeks back, I mentioned to Patrick that Jennifer Kent’s (The Babadook) new film is the kind of thing I can appreciate on an emotional and technical level without being entirely able to call it a “favorite of the year.” The Nightingale is a deeply unpleasant film. It is not fun. It will ruin your week. But it is a necessary story, and Jennifer Kent tells it with careful intelligence and brutal empathy. The 19th century drama features Aisling Franciosi as Claire, an Irish prisoner working off her debt to the British government on the Tasmanian frontier. Horrible, reprehensibly evil things happen to Claire, which, in turn, drive her to commit atrocities of her own. Along with Franciosi, Baykali Ganambarr gives a tremendous performance as Billy, the Aboriginal tracker who aids Claire on her Roaring Rampage of Revenge. Gut-wrenching though it may be, The Nightingale is an important story that deserves our attention.
Posted by Patrick Bromley at 5:00 AM

Email ThisBlogThis!Share to TwitterShare to FacebookShare to Pinterest
Labels: 2019 honorable mentions, 2019 movies, apollo 11, best of 2019, elisabeth moss, her smell, ready or not, the nightingale, the perfection