Fifteen Reasons I Love BIRD ON A WIRE 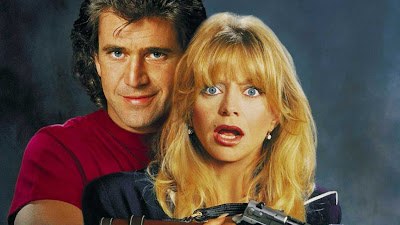 I am the only person who loves this movie.

1. Nostalgia - This is the first movie a young Erika was allowed to be dropped off at the theater to see with a friend. No parents! I wish I could say it was deeply meaningful and thrilling, but I loved seeing any movie at the theater, so at the time, I was just happy to be there -- with or without parental units.

2. Goldie Hawn - My God, she is stunning in this movie. And funny. And giggly. And sweet. And sassy. Sassy Hawn. The best. 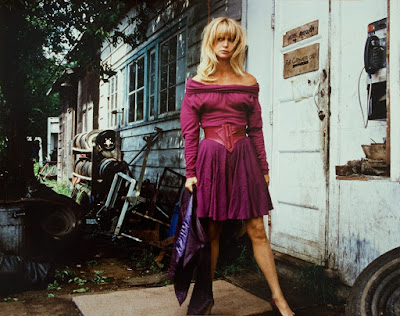 3. Sorenson and Diggs - Let’s be honest: they are not given that much to do, but it’s still fun to see them. Young me wasn’t familiar with their resumes, however. Bill Duke and especially David Carradine had long resumes before this film, but I was too young to really know yet! Carradine’s and Duke’s performances here, along with Steven Tobolowsky as Joe Wayburn, cemented them in my brain as the ultimate Bad Guys Who Won’t Go Away. Their faces alone filled me with fear for years after Bird on a Wire.

8. Goldie Hawn in the shower.

9. Goldie Hawn out of the shower. 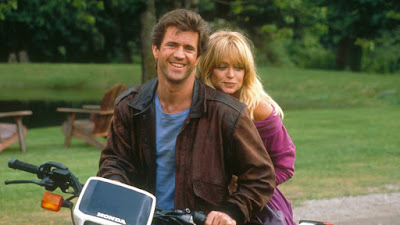 10. That super sweet, 1990 shadowy hotel sex scene. That is ROMANCE to a grade school kid, I tell ya. They were apart for SO LONG! Mr. Wiggly was in a drought! They can keep each other warm! It’s a win-win-win!

11. There’s an entire action sequence inside a zoo enclosure that features a tiger, multiple leopards, monkeys… and PIRANHAS!!!

12. For real - piranhas play a very important role in the previously mentioned action sequence. It was a horrific and exciting moment for a 12-year old.

14. The “Bird on a Wire” cover by The Neville Brothers. I know the most die-hard Leonard Cohen fans won’t want to read that line. But Patrick does such an amazing impersonation of Aaron Neville’s beautiful and unique singing voice and therefore a stunning rendition of this version of the song (we both know it so well from the movie) and I can’t help but feel emotional every time I hear it. Which is not very often. Even more reason to watch the movie again. 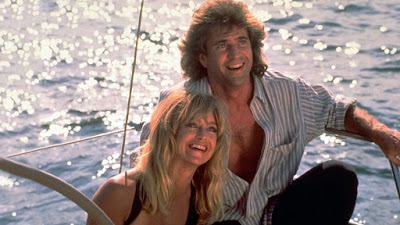 15. That super sweet, 1990 happy ending on a boat. That is ROMANCE to a grade school kid, I tell ya! No more drought for Mr. Wiggly -- in fact, just smooth sailing and sunshine from here on out.