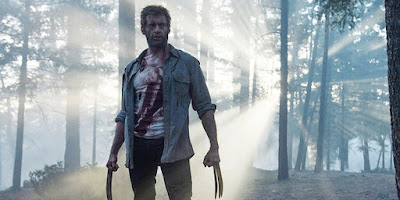 I’m very proud to be a contributor to F This Movie. I don’t do it often (that’s my own insecurities getting in the way), but having been around since the beginning means a lot to me. It’s been mentioned several times before, but I’m part of the answer to an FTM trivia question: what was the first podcast recorded for FTM? Answer: Patrick and I recorded Young Guns together. Probably a good idea to not kick off the website with that episode.

I’m proud of a number of things I’ve contributed to the site. Some are better than others, but my American Movie piece is one of my most personal and best, I think.

I don’t necessarily have a favorite podcast I’ve done, but a few come to mind. I laughed harder during our On Her Majesty’s Secret Service podcast then I have before or since. The Logan podcast was a blast because we recorded it not once, but twice in the same night! While I’m usually exhausted by the time we get to the franchise episodes at the end of every October, I wouldn’t miss those for the world. And of course recording the Scary Movie Month commentary is always great because I’m lucky enough to be in the same room with three of the funniest people I know as we record.

If I’m being honest, however, I’m most proud of my friend Patrick. To see this site grow from Patrick and a few friends getting together to talk about what we’ve watched lately, to what it’s become has been incredible to watch. He’s managed to assemble a great group of contributors from all over to make FTM a movie website unlike any other. And in a sea of movie sites, that’s hard to do. Patrick’s voice is very important to me and I love that the rest of the world is catching up to how special it is.

FTM means so much to so many of us, that these articles could be published daily for a year. There’s a reason for that, and it starts with Patrick.

I’m proud to be a small part of FTM, I’m proud to call the FTM community my friends, and most of all I’m proud of you, Patrick. 143.
Posted by Patrick Bromley at 2:00 PM