Movies is Good: Hitchcock in 4K

Given my penchant for snotty-nosed humor, I was going to title this column “Shootout at the 4K Corral,” but that would only work if the celebrated director was named Alfred Hitching Post.

Horses aside, I must say that I was chomping at the bit to get my hooves on this new Universal Pictures Home Entertainment release. These are films that I am very familiar with, having watched Psycho with teenagers over 150 times during my tenure as a high-school film studies teacher. I remember when I was an undergrad, the color had faded on the University of Illinois’s print of The Birds, rendering it strangely pink. I remember the hoopla that accompanied James Katz and Robert Harris’s restoration of Vertigo and its presentation in 70mm in 1996. I can still remember my first big screen viewing of Rear Window in 1989 at Chicago’s Music Box Theater, the happiest place on earth.

I have spent quality time with all four of these films. Turner Classic Movies once hosted a free screening of The Birds at the Music Box; Tippi Hedren was even in attendance and was interviewed by Ben Mankiewicz after the film. I wrote about that fine afternoon here. God, that was eight years ago now. 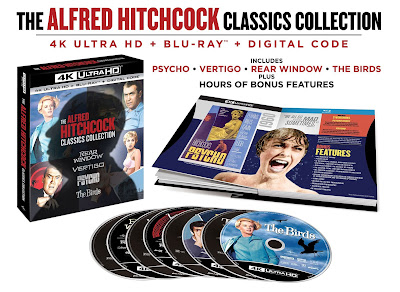 My first impression of this handsome new boxset was… that it was faulty. My 4K disc of The Birds would not load; neither would the 4K Psycho disc. The 4K disc of Rear Window took almost ten minutes to load, but then played back in a hinky fashion; sometimes it would let me go directly to the next chapter, sometimes it would not. I sent the whole shootin’ match back to Amazon and asked for a replacement. I hoped these flaws were not endemic to the entire disc run and that mine was an isolated problem.

Three days later, I am holding a new set in my hands. This one seems okay. During the time I waited for the new one to arrive, I scouring the Google machine and The Digital Bits to see if there were problems with the new set. So far, so good. (Although The Digital Bits is reporting that the “Original Mono Theatrical Soundtrack” advertised on the Psycho disc is actually just a one channel fold-down of the new DTS soundtrack.) What a pleasure when the disc loads in seconds rather than minutes! Hitch would surely be proud. Here are my first impressions of the new set. 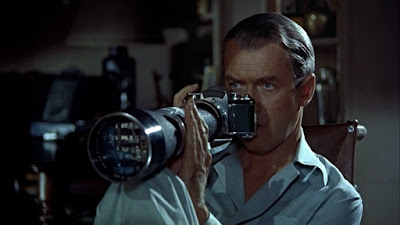 Rear Window: Astonishing transfer for an astonishing movie. This new disc is certainly the best this film has ever looked, and better than any theatrical screening I have ever attended. The picture is super sharp and rock steady—all the better to appreciate the huge open window apartment set Hitchcock had built to contain all of the real life that Jimmy Stewart peeps on.

Vertigo: I was looking forward to this new transfer most of all because Hitchcock plays so many games with colorful lighting in this, what the 2012 Sight & Sound critics poll crowned, “The Greatest Film Ever Made.” Due to the fact that Vertigo was originally filmed in VistaVision, one of the most stunning motion picture formats ever invented (VV ran 35mm film stock through the camera horizontally, resulting in a larger frame and a finer grained print; it is now considered a precursor to 70mm and IMAX) and restored in 1996, the new 4K Blu-ray does not disappoint. The sharpness of the image here is unrivaled: “difficult” colors like deep reds and greens, which Vertigo uses extensively and emotionally, are seen here exactly as they looked in 1958 in those gorgeous original VistaVision prints. Ever wonder why White Christmas looks so good every holiday season? It was filmed in VistaVision.

But you don’t have to take it from me. Here’s Martin Scorsese singing the praises of VistaVision in his introduction of One-Eyed Jacks at the New York Film Festival in 2016. Watch the first four minutes. 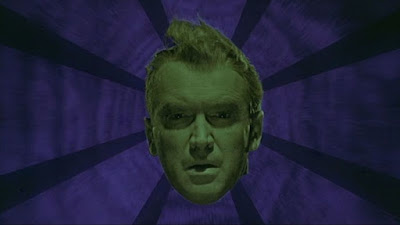 Psycho: Universal is advertising this new 4K disc as being the first to feature “Psycho Uncut,” an “extended version of the movie as seen in theaters in 1960.” Don’t get excited; the differences are negligible and add up to about 90 seconds of footage. There is a little bit more of Janet Leigh when Anthony Perkins peeks at her through the wall, we dwell on the blood on Anthony Perkins’s hands for a few extra seconds as he’s cleaning up that mess, and Martin Balsam gets stabbed a few more times. That’s about it. It’s just enough to throw you, if you are really familiar with the “standard version,” which Universal here describes as “the most widely seen version […] used for TV broadcasts, theatrical rereleases, and home entertainment over the last 60 years.”

The new 4K disc looks fine, but the transfer is not as jaw-dropping as those on the other three films in the set. Films at Home reports that this 4K transfer was done in 2010; maybe that’s the reason it doesn’t look as good as the other three films in the set. One chapter looks like a mistake: a moire pattern of grain floats and changes shape across Janet Leigh and Anthony Perkin’s faces and the walls behind them as they eat together in his parlor. At first, I thought it was the projection/reflection of the rain outside. “Wow!” I said to my monitor, “I’ve never seen that before!” But of course, it isn’t. By that point in the film, the rain has stopped (“It stopped raining,” reports Janet Leigh at the very beginning of the scene.) and it’s clear that what we are seeing is just grain run amuck. This is the only section of the film that suffers from this obvious problem. What happened? I checked the digital copy of the film that you can download, using a code that comes with the set, and the grain is there but not nearly as bad or distracting as it is on the 4K disc. I wonder if this problem and the previously mentioned soundtrack snafu will be sufficient for Universal to send out a replacement disc? 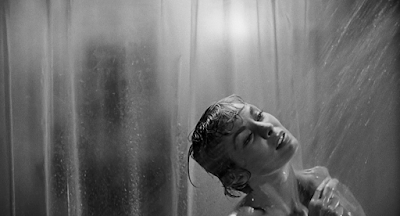 The Birds: The transfer here is flawless. The pet shop at the beginning of the film looks (on my monitor) like it was shot in 3D, and the rest of the film is similarly outstanding. Although the clarity of the presentation makes it even easier to spot location footage versus studio sets, the sharpness of the image made me appreciate the wonderful match between “Bodega Bay” and “Studio Bodega Bay” during Cathy’s birthday party. By this point in his career, Hitchcock had success and clout behind him to afford really big sets. The cyclorama behind “Studio Bodega Bay” looks big enough to actually show the curvature of the earth. Bravo, Hitch! Bravo, Birds!

Some quibbles: I am a little disappointed that Universal did not create or requisition any new bonus features for this set. The “hours of bonus features” advertised are quite good, it’s just that some of them are a bit dated. The restoration featurette for Vertigo was produced by the old American Movie Classics cable channel in 1996. A brief but interesting featurette about The Birds seems to bend over backwards singing Steven Spielberg’s praises, suggesting that one of the reasons The Birds is so great is because… it’s a lot like Jaws! Many of the featurettes on the four discs were originally made to celebrate the studio’s 100th anniversary in 2015. At this point I pause to wonder just how many goddamn Universal video releases contain the bonus featurette “The Lot,” focusing on Universal’s justifiably famous backlot. The answer could be somewhere in the hundreds. It feels like I have seen it hundreds of times. 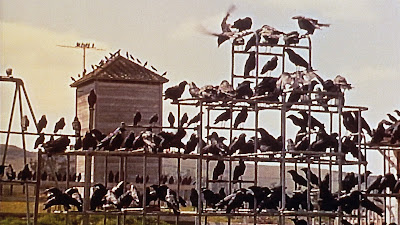 The new set features three knock-out transfers, one problematic transfer, four regular Blu-ray discs we probably already own, and hours of extras we have already seen. Is this worth the $60 that Universal is charging for it? I know that these new 4K discs of Rear Window, Vertigo, and The Birds will become my “go-to” copies of these three Hitchcock films in the future.