Reviews: I'VE GOT ISSUES & THE WAY I SEE IT 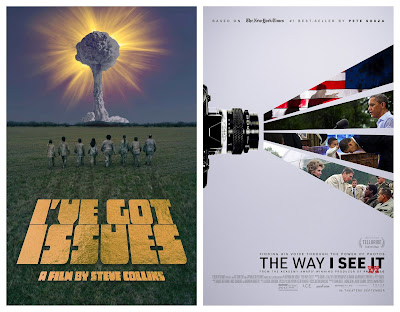 It’s all about me, apparently.

One of the first scenes in Steve Collins’ absurdist comedy I’ve Got Issues features an unnamed man (Randy E. Aguebor) realizing that he’s locked his keys in his car. Many of us have been there, and we all know how it goes: A pat of the pocket, a sigh, a dejected turn, and a seemingly-endless walk back to the car. Before the truth hits us, though, there’s often a moment of hope. “Maybe it’s not locked,” we tell ourselves as we reach for the handle. “Maybe I’ll get lucky.” If we let it, that moment can feel infinite. We can choose to believe that today is our day, that some cosmic scale has tilted in our favor just this once. Reach. Pull. Click. No luck. Not today. Not this week, probably. Maybe not ever. Filled with inspiration just moments ago, we are now crushed by the reality of our earthbound insignificance. We are not the luminous beings we thought we were. We are not special or extraordinary. We are just people, just specks of interdimensional residue hurling aimlessly through an indifferent universe. And now we have to call AAA. 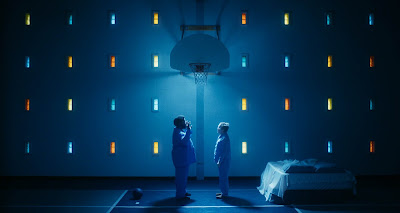 That quiet turmoil runs throughout I’ve Got Issues. Told through a series of loosely-connected vignettes and featuring a mismatched cast of existential wanderers, the film examines our collective search for light in the endless darkness. Jim Gaffigan’s narration guides us through the modest lives of a mail carrier, a spiritual guru, a pair mourning neighbors, and a man so addicted to delivery pizza that he has merged with it into his easy chair, congealing into a sweaty mass just barely recognizable as human. Each of them seems lost in the moments between their everyday battles — the death of a pet, an awkward job interview, uneasy marriage proposals, and the like. But while writer/director Collins stages these encounters with a kind of deadpan dejection, each of his company players approaches them earnestly. Our nameless friends (including Augebor, Macon Blair, Claire Titelman, Maria Thayer, John Merriman, and Byron Brown) want to be hopeful. They want to be better. They want to listen to the mysterious voice urging them to live up to their potential.

Fans of absurdist comedies (or trippy pieces like Twin Peaks: The Return) will appreciate I’ve Got Issues’ balance of empathy and despair. There’s a lot of energy here, a sketch comedy pace punctuated by frequent title cards and jokes that evolve over the course of multiple segments. Pieces featuring double-suicides and apocalyptic countdowns are contrasted with sweeter scenes of newfound love and personal enlightenment. One sequence features Augebor finding inspiration after a chance meeting with a beautiful neighbor. He records an original song, puts the tape in an envelope, and mails it to “Hollywood.” Blair’s mail carrier, having a rough day, discovers the tape and finds the song so delightful and redeeming that he mails Augebor back an encouraging note from “Hollywood.” Exchanges like these exemplify Collins’ thesis: We must take better care of each other. It’s only through cooperation that we can make meaning out of our empty existence. “It is not all darkness,” the narrator tells us. “And you are not alone.”

I’ve Got Issues comes to VOD on September 18th.

I’m not ashamed to say that I watched most of Dawn Porter’s stunning documentary The Way I See It through tears. I’ve always had a reverence for the Office of the President of the United States — for its ornament, its gravity, and its purpose. But here in 2020, a time in which the majority of Americans have all but given up hope that their institutions are in the custody of true diplomats and statespeople, the story of the Obama Administration told through the lens of official White House photographer Pete Souza is especially captivating. It’s shocking how long ago it all feels now, isn’t it? Regardless of your politics, it’s hard to remember a time when Americans didn’t wake up wondering if the president’s Twitter activity would trigger a stock market crash, a state-wide protest movement, or a nuclear holocaust. It’s hard to remember when the people we elected to the nation’s highest office consistently demonstrated empathy and resolve. It’s hard to remember optimism, honestly, as naive and performative as it sometimes felt. 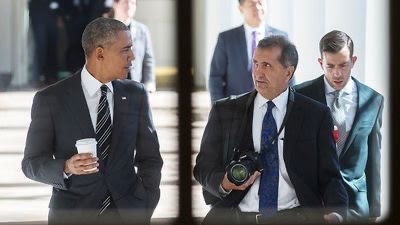 And it’s not that The Way I See It is just some nostalgic puff piece groveling at the altar of Barack Obama. Though it features interviews with Obama-era (era) luminaries like Ben Rhodes and former Ambassadors Susan Rice and Samantha Power, the real narrative is that of Pete Souza’s evolution from apolitical photojournalist into one of social media’s most prestigious Trump trolls. And it wasn’t just admiration of the forty-fourth president’s policies that motivated Souza to publish 2018’s Shade: A Tale of Two Presidents, he insists. It was the dignity and grace he chronicled during his eight years in the White House. It was the young family he watched grow up in the national spotlight. It was the private moments between ceremonial dinners and States of the Union that revealed a group of genuine American public servants doing dignified, important work. Souza’s camera captured a crucial turning point in American history, and The Way I See It celebrates his awakening as a citizen who’s willing to speak truth to power because he’s been in The Room Where It Happens.

And there’s something beautiful about that level of ideological vulnerability. There really is. Many of us have become hopelessly beholden to our cynicism, insistent upon keeping a defensive distance from anything that might betray our human wants and needs. My family is cynical about politics. My friends are, too. We’re told that no one can help us. We’re told to hunker down and get through it. Pay the overpriced student loan. Take the job with no benefits. Wear the mask and pray the virus goes away on its own. We’re emotionally and psychologically traumatized. We really are. But, if nothing else, The Way I See It reminds us that America is a grand experiment that belongs to us all. It depends on us. It depends on our participation, engagement, and enthusiasm. It depends on us to care about each other. To make space for each other. For the immigrant in New York and the good ol’ boy in Alabama. For those idiot kids from Boys State and the QAnon conspiracy theorist who was just somehow elected to your local school board. This is our responsibility. Take that shit seriously.

The Way I See It hits theaters September 18th and airs on MSNBC October 8th.
Posted by Patrick Bromley at 5:00 AM

Email ThisBlogThis!Share to TwitterShare to FacebookShare to Pinterest
Labels: 2020 documentaries, 2020 movies, i've got issues, the way i see it