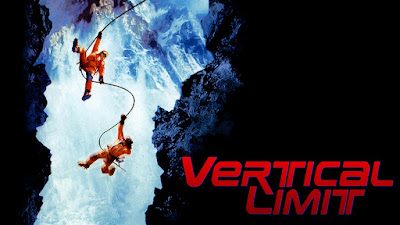 Welcome to 2K Replay, the home of the year 2000 in film. This week I’m revisiting Vertical Limit - a movie I saw on an awkward “Is there more?” first date with my then best friend.

• Best Scene/Moment: Chris O’Donnell jumps a gap between rock formations and has to mid-air stab the side of an ice mountain with two axes to latch on. 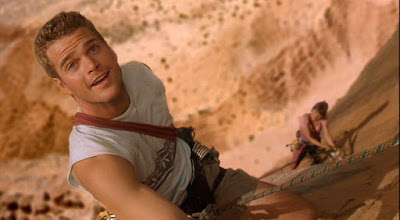 • Best Food: Not much food in this one being that they’re on a mountain. If I’m remembering correctly, there was a moment when Bill Paxton’s character treats all the climbers at base camp to BBQ. Logistically that seems difficult. Do you send up the tray of baked beans in a helicopter? Is one of the climber’s packs filled with brisket? 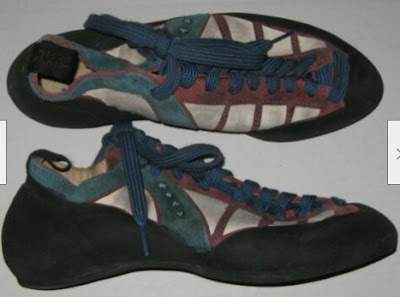 • Director Check: Vertical Limit was directed by Martin Campbell, whose made some great action movies including The Mask of Zorro, Casino Royale (2006), and GoldenEye. On the other hand, he’s also made Green Lantern, The Foreigner, and The Legend of Zorro, so you never really know what you’re getting with one of his films. Vertical Limit is almost perfectly in the middle in terms of quality. When he made Vertical Limit, it was still during his Hollywood ascent (no pun intended) after GoldenEye and The Mask of Zorro.

I love that several people on YouTube have made musical slideshow tributes to Chris O’ Donnell.

• Mall Movie? Yes, mainly because Vertical Limit is a hand-me-down version of Cliffhanger and its cast is headlined by mall-friendlies like Chris O’Donnell, Robin Tunney, Scott Glen, and Bill Paxton. You’d definitely hit up Baskin-Robbins after Vertical Limit, so it’s a mall movie.

• Only in 2000: Scott Glenn deciding to have his character – SPOILER – go out the same way he did in Backdraft as if no one would notice. Hey, if you find something that works…

• Scene Stealer: One of the fun things about revisiting 20-year-old movies is seeing actors in early roles before they turned into people we see all the time on-screen. In the case of Vertical Limit, we get Ben Mendelsohn being all dirty and skeevy as one of the mountain climbing wild men. He’s like a more respectable version of the character he would later play in Killing Them Softly. 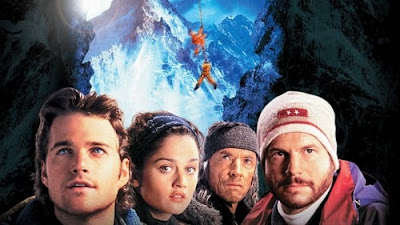 • I Don’t Miss: Early 2000’s CGI where you just put an actor in front of a green screen background and assume it looks realistic and awesome.

• What I Thought in 2000: I didn’t like the movie much in 2000. To be fair, I was distracted that night because I was on a date. Fun fact: I remember taking my friend out to dinner after the movie to this Italian restaurant and when we sat down the waiter gave me a thumbs up to signal he approved of who I brought.

• What I Think in 2020: It’s fine. Vertical Limit definitely feels like the 3rd movie on a DVD 4-Pack, but it’s well-made and has some exciting mountain peril.
Posted by Patrick Bromley at 12:00 PM