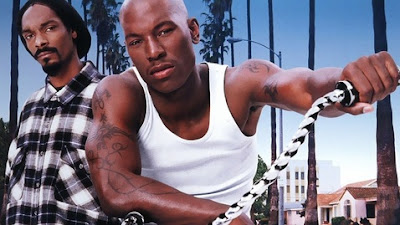 Nominated for “Best Film Poster” at the Black Reel Awards.

• Best Food: This is a solid food movie! My pick is the menu at the restaurant Lucy’s, where the characters pick up drive-thru from during the movie. In one scene, Tyrese orders 2 steak tacos, a chicken burrito, and 2 strawberry shakes. I’m starving right now. #Hongry

• Best Song: Baby Boy has a solid soundtrack, so this was a tough choice. I’m going with “I’d Rather Be with You” by Bootsy Collins. It’s smooth. I could listen to it all day.

• Best Merch Available on eBay Right Now: An “Authentic Baby Boy Movie Signature Sun Visor Cap” for $19.99. This takes me back to the year 2001 when I was around frat bros who wore visor caps upside down and backwards. That’s how you knew they were wild men! Woo-hoo! They would always say stuff like “Meeting in the Daddy’s Room at 9:00!” 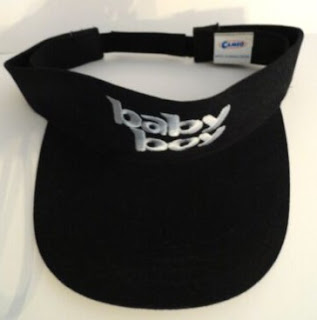 • Director Check: Baby Boy was a mid-career entry in the filmography of the late John Singleton. It came right after his most popcorn movie up until that point – 2000’s Shaft remake – and felt like Singleton revisiting/updating his earlier work (Boyz n the Hood and Poetic Justice). After Baby Boy, Singleton’s movies became more that of an auteur in the confines of the studio system (2 Fast 2 Furious, Four Brothers, Abduction) than the personal character studies from his earlier career. He went on to acclaim for his work in television in later years on such shows as American Crime Story: The People v. O.J. Simpson, Rebel, Billions, and Snowfall. Singleton passed away in 2019.

• Year 2001 Movies to Trailer Before It: The Brothers, How High, Two Can Play That Game

There’s a whole series on YouTube of edited scenes from Baby Boy for airings on the BET network. It pretty much ruins the movie but viewed as clips it’s funny.

• Mall Movie? Yes, this was the beginning of mall era (era) Singleton. Shaft (2000) was borderline.

• Only in 2001 (tie): Pervasive use of tube TV’s and landline phones and John Singleton’s cameo as a guy selling bootleg DVD’s of Charlie’s Angels (2000). 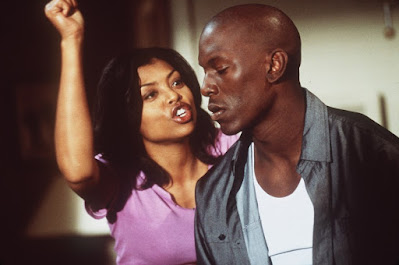 • I Don’t Miss: All of the arguing in Baby Boy.

• What I Thought in 2001: I was excited for Baby Boy and saw it on opening night. I thought it was a good and surprisingly funny coming-of-age story. My memory is that the movie was marketed as a new social issue drama like Boyz n the Hood, but it’s more of a slice of life/character study. I ended up seeing Baby Boy a second time at my college’s student union and (SPOILER) will always remember that half of the audience left after Snoop Dogg got shot by Omar Gooding.

• What I Think in 2021: I like Baby Boy more than I don’t, but it’s nowhere near my favorite John Singleton movie (Higher Learning). There are a lot of good performances (Ving Rhames, Taraji P. Henson, A.J. Johnson) and smart casting (Tyrese Gibson, Omar Gooding) and I appreciate how Singleton takes a story with elements of his earlier work and imbues them with a lighter tone and sense of humor. My biggest gripe is the movie gets repetitive, with too many scenes focused on arguments and confrontations.
Posted by Patrick Bromley at 5:00 AM