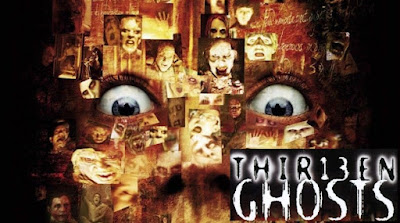 • Best Scene/Moment: I guess anytime the entertainingly hammy F. Murray Abraham appears as the villainous Cyrus Kriticos. There’s not much to choose from to be honest.

• Best Song: My only choices are “Excess” by Tricky and “Mirror Mirror” by Rah Digga. I’ll go with Tricky because even though I don’t love his song in Thir13en Ghosts, I did let the YouTube auto play go on after “Excess” and some of his other stuff is pretty good. 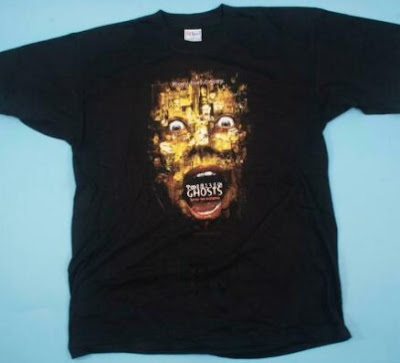 • Best Merch: A “Thirteen Ghosts 2001 Original Warner Bros Movie Promo T-Shirt Misery Version XL” for $41. Consider the word “best” to be in quotes because you can’t wear this to a singles event or a job interview or even the gym. This is strictly a shirt for staying in the house; too limiting, no thank you. Isn’t the poster art for Thir13en Ghosts way more disturbing than anything in the actual movie?

• Director Check: Thir13en Ghosts was the directorial debut of Steve Beck after some impressive work as a visual effects art director in movies like Indiana Jones and the Last Crusade, The Abyss, and The Hunt for Red October. In hindsight, he seems like a good choice for Thir13en Ghosts since so much focus was put into the production design and visual effects. Beck directed his only other feature the following year with another Dark Castle remake, 2002’s Ghost Ship, which is a movie I always want to like more than I do (the opening sequence is pretty great). From the looks of it, he hasn’t worked on any other movies since then, but I see he’s all over the special features of the Scream Factory special editions of Thir13en Ghosts and Ghost Ship. I’m curious to watch those and find out what he’s up to these days. 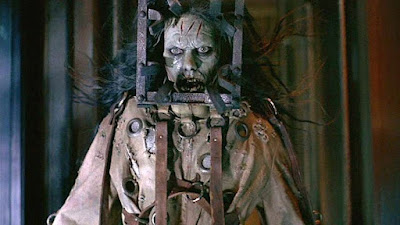 • Mall Movie? Yes. Anything made by Dark Castle Entertainment is a mall movie.

• Scene Stealer: The sets and special effects, which are by far the best things about the movie.

• I Miss: Dark Castle Entertainment. I love the idea of that production company even if their output was spotty. 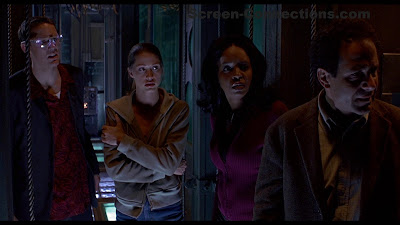 • What I Thought in 2001: I didn’t get around to seeing Thir13en Ghosts until many years later and didn’t like it very much when I did. It was my least favorite of the early Dark Castle movies.

• What I Think in 2021: It’s still bad, which is a shame because the sets are amazing and the ghosts look great, even though the movie doesn’t do anything interesting with them. Thir13en Ghosts is full of actors giving game performances (e.g. Tony Shalhoub), but most come across poorly (especially my boy Matthew Lillard). The script is also pretty bad, and the film is never as much fun as it should be.
Posted by Patrick Bromley at 5:00 AM