Songs We Love From Horror Movies 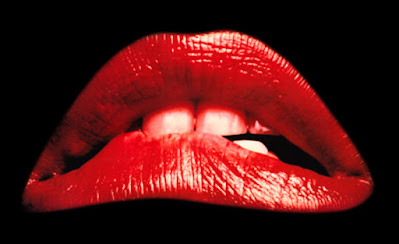 A few tunes Erich and Adam recommend adding to your Halloween playlists.

Adam: My first pick is the cover version of the Pixies classic “Where Is My Mind?” by Safari Riot in Malignant. Normally I’m not a fan of the slower, sadder cover version of a well-known song being used for effect in movie trailers or an actual film, but this is one rare case I’ll make an exception. I love how “Where Is My Mind?” is used for punctuation in Malignant often during scene transitions and WTF moments. This is a rare example of a song being owned already by one movie (in this case Fight Club) and yet still working perfectly in another.

Have you seen Malignant and what is your first pick?

Erich: I have indeed seen Malignant. I really dug it. Good call on the Pixies cover, and I couldn’t agree more vis a vis slow covers. Effective, but overused to the point of being annoying. Kinda like creepy kids, creepy dolls, and, well, most everything in the Blumhouse production animation at the beginning of their movies.

My first pick is “Did You Ever See a Dream Walking” from Lady in White. This was a blind rental when I was a kid who hadn’t seen many (or any) horror movies, but who was endlessly fascinated by creepy VHS covers at the video store. (Killer Klowns and April Fool’s Day are burned into my brain.) I don’t know why I rented Lady in White, but I imagine it was to scratch a scary movie itch I wouldn’t properly scratch until much later. Lady in White worked like gangbusters on me at that tender age, and it still works. I’ve since seen things that are much more disturbing, but that feeling of watching something I wasn’t supposed to as a kid gave what is a fairly tame ghost story a layer of grime. “Did You Ever See a Dream Walking” has that same feeling. I know I just spent a paragraph complaining about the creepy kid trope and song covers, but Lady in White does both in a way that works. Probably because the film uses them earnestly, not cynically. It doesn’t hurt that the song is key to the plot.

Do you have a history with Lady in White? We know how you feel about slowed down covers, but how do you feel about old, scratchy songs in horror movies?

Adam: I have seen Lady in White. I like your and Patrick’s podcast on the movie more than I liked the film itself, but that’s okay. I get a warm-fuzzy-relaxed feeling from old, scratchy songs in horror movies and “Did You Ever See a Dream Walking” fits that bill perfectly. It reminds me of The Green Mile...which makes sense because I just Wiki’d the song and IT’S IN THE GREEN MILE! Even weirder, this Bing Crosby tune plays over the end credits of the movie featuring my next pick. This is getting spooky!!!

My next pick is “Touch Me (All Night Long)" by Wish featuring Fonda Rae from A Nightmare on Elm Street 2: Freddy’s Revenge. This is the song Mark Patton’s character is dancing to in the often-mocked scene where he’s cleaning his bedroom. Although this moment has been discussed many times by horror fans, I never hear them talking about how great this song is. I don’t blame Mark Patton for dancing to it. It would be weird to not want to dance after you hear this jam. Its existence is one of the reasons people make fictional radio stations for Grand Theft Auto on YouTube.

Erich: You can’t go wrong with a pick from the Elm Street franchise (my all-time favorite horror series by a long shot). I love them all, even Freddy’s Revenge. I’m not sure how a series outlier like Halloween III (which I also love) has attained cult classic status, while Nightmare 2 still lands on worst-of lists.

My second pick is “Science Fiction/Double Feature” from Rocky Horror Picture Show. Weird fun fact about me: when I was in high school I fell in with a local RHPS live show group and played the criminologist for a few shows in and around Portland, Maine. The downside of having gone through the Rocky Horror live show gauntlet is that I can’t listen to the songs without hearing the juvenile jokes people yell at the screen. I listen anyway, though, because the songs are that good. I could have chosen any number of songs from Rocky Horror, but I’ll go with the opening track, literally lip-synced by the reddest lips and whitest teeth ever to grace the midnight screen. It’s a song that’s nostalgic, and funny, and dirty, and catchy. This pick shouldn’t surprise anyone who’s listened to my songs, especially my Halloween stuff. I love story songs and clever lyrics. Maybe someday I’ll write my own rock musical. Or not. I’m pretty tired these days.

What do you think of Rocky Horror? Is there another song you’d pick instead?

Adam: Patrick has said on a few occasions that he likes Rocky Horror up through the “Sweet Transvestite” number and I feel pretty much the same way. I love the first act but then the movie really lulls in the second and third acts until the last 5 minutes/closing credits where it picks up again. As for the songs, I would agree with your pick, although I love “Time Warp” almost as much. I remember MTV making a music video out of the “Time Warp” scene in Rocky Horror, which I saw at a very young age out of context from the rest of the movie and it scared the shit out of me.

Erich: One time in college, I was stuck in a car for five hours with two friends who played that one Offspring album on repeat for the whole drive. The experience scarred me. So maybe I’m not the most unbiased person to comment on your pick. Although maybe that makes it the perfect setup to my last pick, which I chose not because I love the song, but because I kind of hate it and that’s why it’s so perfect for the movie. My Scary Movie Month this year has had an accidental vampire theme, starting with Midnight Mass and The Hunger, and hitting halfway through the month with my new song, “Last-Minute Vampire” (I believe that’s called a “plug”). Somewhere in between, I saw Jennifer’s Body for the first time. I know it’s not technically a vampire movie, but also it kind of is? Anyway, there’s this band in the movie, Low Shoulder, and they have a hit song called “Through the Trees.” It’s the perfect 2000s douche indie tune because it’s kind of cool the first time you hear it and then gets more annoying each time as it grows in popularity. Terrible song, great movie. Though it does make me want to see a version of That Thing You Do! where the Wonders sell their souls to the devil…

Adam: I would watch the hell out of that movie. I’ve only seen Jennifer’s Body once on opening day and have been intimidated to go back to it since I didn’t like it and I fear re-watching it and not liking it again will mean I’m a bad person. “Through the Trees” sounds like it would be on an especially romantic and important episode of a CW series.

Your turn readers! Are there any songs in the horror movies you’ve watched this Scary Movie Month that you want to highlight? Let us know in the comments.
Posted by Patrick Bromley at 5:00 AM