A Beginner's Guide to Sadvember

On a recent episode of F This Movie! I mentioned how I love watching heavy family dramas in the month of November. After 31 days of terror and mayhem, I like to slow things down a bit and dive head first into a different type of terror and mayhem: negative emotions. Actually, I don't think there are any such things as “negative” emotions (all emotions are valid and healthy in appropriate doses). I love a story that digs in deep to those emotions that so often come out during the holidays. I love Thanksgiving and Christmas and I love getting together with family, but sometimes our families can drive us crazy, or worse, inward. When done well, a heavy and depressing drama can coat one's soul, like a warm elixir coating your throat on a chilly fall day.

Thanks to my friend Matt Bledsoe for coining the term, the month of turkeys and parades and crazed, early morning shoppers will henceforth be known as Sadvember. Here are five movies whose spirits shine brightly the true meaning of Sadvember. 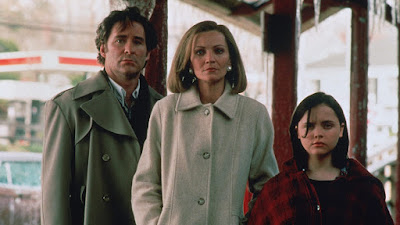 I consider The Ice Storm the quintessential Sadvember movie. This one has it all: marital problems, swingers, dead kids, cold weather, Tobey Maguire. I am currently reading the novel by Rick Moody on which the movie is based and, as well as Lee and writer James Schamus are able to depict the overwhelming emotions each of these characters feel, the book, unsurprisingly, does it even better. A rare post-Thanksgiving pre-Christmas movie, The Ice Storm is your perfect introduction to the concept of Sadvember. 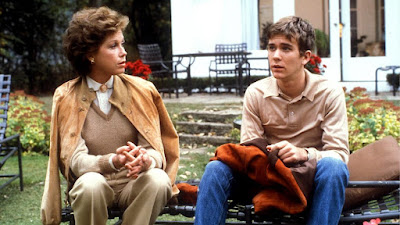 Quite possibly the most depressing movie of all time, it's no wonder Ordinary People won four Oscars in 1981, including Best Picture, Best Actor in a Supporting Role, Best Director, and Best Adapted Screenplay. Following the tragic, accidental death of the older son, a mother, father, and surviving younger son deal with grief in their own ways. Like many of these movies, the family involved is what you'd call affluent, proving that just because you have anything money can buy, you still can't escape tragedy and depression. Mary Tyler Moore, Donald Sutherland, and Timothy Hutton play mom, dad, and son with Judd Hirsch playing the boy's psychiatrist. All four deliver performances that cement them as some of the greatest actors of all time, along with Redford proving himself as one of the greatest directors of all time. 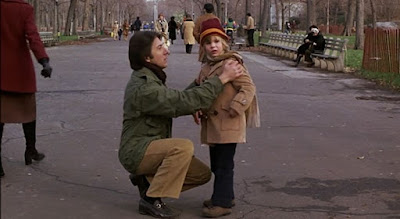 It should be noted right at the top that there is a moment in the film where Dustin Hoffman strikes Meryl Streep for real; a moment Streep was not expecting, and it's difficult to watch. With that said, this is a remarkable film that will destroy any parent (or, hopefully, human) with a heart. As apparent inspiration for Noah Baumbach's Marriage Story (which I haven't seen, but will this month), the story follows a recently separated couple and the custody battle of their young son that ensues. The film serves as great debate as to who is in the right between the two parents, both played splendidly by Streep and Hoffman. And the performance by Justin Henry as the son might be my favorite child performance ever. 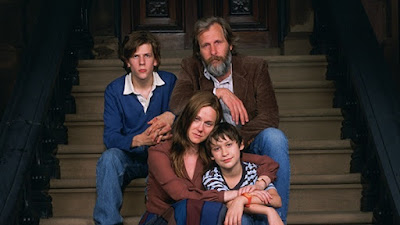 Speaking of Mr. Baumbach, no other filmmaker explores familial tumult better for my money. While this isn't my favorite Baumbach – that distinction goes to Frances Ha – I consider almost all of his films great November watches. Now, lest you think I live in a deep, dark state the entire month of November, I mix in all sorts of movies (Moonstruck, You've Got Mail and, my all time favorite, When Harry Met Sally... just to name a few) including several from Baumbach like The Meyerowitz Stories, Kicking and Screaming, and Mr. Jealousy. But something about his films scream autumnal depression to me and I can never get enough. On my Mount Rushmore of directors, Noah Baumbach is my Teddy Roosevelt. 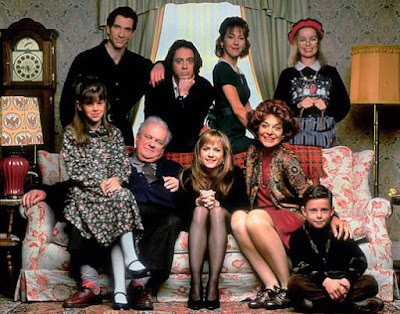 While many might argue Planes, Trains, and Automobiles is THE Thanksgiving movie, I dispute that claim and say Home for the Holidays holds that status (as much as I love the former). There's no doubt that this is a comedy first. A family that includes Charles Durning as your organ-playing, Thanksgiving-car-washing dad, Anne Bancroft as your chain smoking, wig-wearing mom, Robert Downey Jr. as your gay brother, Cynthia Stevenson as your tightass sister, and Geraldine Chapline as your cuckoo for Cocoa Puffs aunt is, undoubtedly, hysterical. But – and realizing I just said Baumbach is the master at this – there is no other movie that captures the melancholic feeling of returning home after you've built a life for yourself as an independent human being, and being surrounded by your nutso family than Home for the Holidays. It is a must-watch for my wife and I every November because it covers every emotion one feels during this time of the year. It is – and I don't say this lightly – a perfect film.

As stated previously, I watch all kinds of movies during November, not just sad ones. New for me this month will be some fun rom-coms (2 Days in New York), some rom-sads (both Scenes from a Marriage), and some animation (Pocahontas). But here are 15 more of my favorites to include in your Sadvember watchlist if you feel so inclined. Not all are straight dramas, but all include incredibly sad moments. Feel those feelings!

Email ThisBlogThis!Share to TwitterShare to FacebookShare to Pinterest
Labels: home for the holidays, kramer vs. kramer, ordinary people, sadvember, the ice storm, the squid and the whale