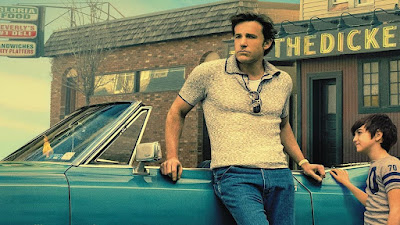 Affleck’s turns in The Last Duel and The Tender Bar may be heralding a Ben-iassance.

I’ve always been rooting for Ben Affleck. He was one of my earliest favorite modern actors, a position bolstered by his central role in Kevin Smith’s View Askewniverse and the smattering of other supporting performances that turned me onto the ‘90s indie cinema boom. Chasing Amy and Good Will Hunting showed his potential for sensitivity and insight, while Dazed & Confused and Shakespeare in Love let him indulge in some well-manicured boorishness. I think I always just related to the guy: His hamminess was clearly masking some deep-seated insecurity, something he was working through but never quite mastering. Even as a younger person, though, I knew he wasn’t the most stunning or layered thespian and that his energy needed to be deployed in a very specific way. It’s why his leading man phase never quite worked for me: He was hunky enough, but he carried too much baggage into roles in which other actors could be a blank slate. He seemed too aware of the artifice around him, never quite able to embrace the Movie Star label foist upon him.

That might be why the 2000s lean times — the Gigli, J-Lo, Jersey Girl times — felt so lean. In a recent Entertainment Weekly interview with best pal Matt Damon, Affleck remarked that his career might have gone differently had he not been tagged as the “blockbuster” counterpart to Damon’s more Serious Dramatic Actor persona. Maybe those Pearl Harbors and Daredevils — commercial successes though they may have been — might have been otherwise supplanted by something more creatively satisfying. Then again, the market was different in those days — there were fewer mainstream outlets for that kind of work, and Affleck’s desire to maintain his star status, however unsure his footing may have been, would surely have kept him from pursuing it. The tabloid Bennifer nonsense only exacerbated things, with Affleck and Jennifer Lopez both commenting later on that their relationship was doomed from the start by the overexposure. Affleck would then fall into intermittent periods of personal turmoil, which further hampered his creative output. 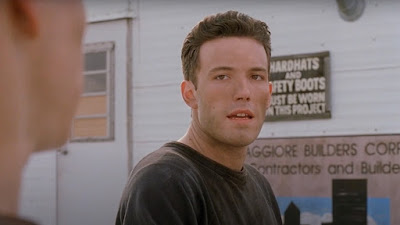 He would re-emerge as a director with 2007’s Gone Baby Gone and eventually win the Academy Award for Best Picture with 2012’s Argo. He could easily have leaned into rebranding himself as an auteur from that point, but he leveraged that new clout into exactly the substantive acting roles — including Malick’s To the Wonder and Fincher’s Gone Girl — for which he hadn’t been considered in his poster boy days. Gone Girl, in particular, weaponizes Affleck’s shit-eating grin and oafish masculinity to perfection, further proof that he’s very much aware of the ways in which he’s perceived by his audience. Then came Snyder’s Batman V. Superman, maybe the worst missed opportunity of his career. He might have given the screen’s definitive Bruce Wayne performance if Snyder had understood (or chosen to embrace) that same affected ignorance Fincher used so well. Affleck recently said that the upcoming Flashpoint let him do something more “fun and satisfying” with the character, though, so we may be due for an Andrew Garfield-type reclamation. 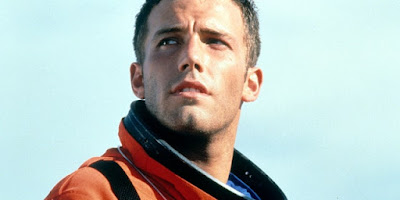 And sure, there have been the occasional Accountant and Live by Night-shaped stumbles (though I’d argue that the former is underrated), but something about the last year or so has felt different. Affleck’s public struggles with substance abuse would have given the otherwise-cloying The Way Back a bit of Oscar buzz had its release not been waylaid by the COVID-19 pandemic, and his one-scene cameo in Jay and Silent Bob Reboot signaled a warm and welcome return to Kevin Smith’s orbit after a decade of icy tension. Whether it’s due to the various recalibrations in his personal life, the changing cinematic marketplace, or just the general acceptance of existence’s futility that comes to all of us with age, Affleck is bringing real Chucky Sullivan energy to recent efforts like The Last Duel and The Tender Bar. He’s gleefully repulsive as Duel’s Count Alencon, yet another winking commentary on the toxic men who hold power in our society. Affleck seems to have finally let go of the pretensions of stardom, settling into a relaxed groove of powerful character work. 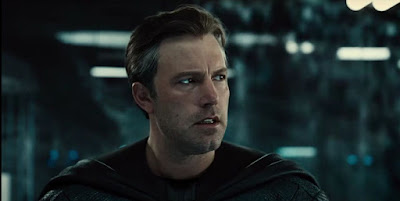 And it’s not to say The Tender Bar is anything revolutionary, either. But “Uncle Charlie” is exactly who the bruised and wizened Affleck should be playing right now, a street-smart bar fly with a heart of gold providing sage wisdom to Tye Sheridan’s wayward novelist. Affleck’s wry smile — that same one that used to read as smarmy back in the Boiler Room days — now carries the weight of experience. It’s a smile that feels all the warmer because it’s being pushed through years of scars and calluses. That’s wisdom. That’s peace. That’s what it looks like to have come back from the brink and not just cope, but flourish. The next twenty years of Ben Affleck’s cinema will be different from the first twenty, I think. The pressure is off. The stakes are, well, maybe not low, but certainly lower than when he was still searching for a four-quadrant screen persona that gelled with his restless charisma. Affleck has two Oscars, significant clout as a producer, and his choice of the best scripts to come through Warner Brothers’ on any given day. I’d say he’s just getting started.
Posted by Patrick Bromley at 12:00 PM