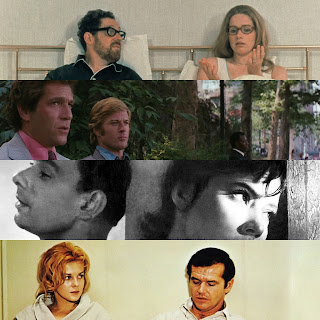 As I did last year, here are my favorite movies released before the year 2000 that I watched for the first time in 2021.

I typically don't count a miniseries as a movie, but since Scenes was also edited as a theatrical release, I'm counting it even though I watched all six episodes of the series. Before I check out the remake miniseries starring Erika's boyfriend and Jessica Chastain, I felt like I needed to see the original material. This past year my wife and I really dove into the massive Ingmar Bergman's Cinema boxset from Criterion and watched six of his films, the lowest of which I gave three stars on Letterboxd (The Hour of the Wolf). Scenes, as expected, was devastating and had me laughing and crying and fuming with anger in each episode. It follows ten years in the lives of Marianne and Johan (played by Bergman regulars Liv Ullmann and Erland Josephson). It's a brutally honest portrayal of human nature and marriage and, in my humble opinion, a must-watch.

Written by world renown cartoonist Jules Feiffer and directed by the great Mike Nichols, Carnal Knowledge is yet another brutally honest yet satirical portrait of men and their sexual desires and maturation (or lack thereof) through young adulthood into middle-age. Jack Nicholson and Art Garfunkel are the two friends who meet in college and fawn and fight over women played by the likes of Candice Bergen, Ann-Margret, Rita Moreno, Cynthia O'Neal, and Carol Kane.

My earliest-watched film on this list, I watched Cranes back in January of 2021 and it still ruins me when I think about it. As far as I know this was my first venture into Czech cinema and I've since watched a half dozen others as they've all been beautiful works of art. Cranes is about Veronica and Boris, two young people who fall in love during WWII. On the day they are supposed to meet, Boris is drafted and must report immediately. While deployed, Veronica stays and works with Boris' family, desperately waiting to hear from him. My heart shattered over and over in this movie until the very end, when I was bawling hysterically, the film gave me such a ray of hope I felt so much love and compassion for my fellow man like I'd never felt before.

Finally, a movie that didn't make me cry or feel any feelings other than joy and humor! The Hot Rock is a good ol' fashioned heist movie starring Robert Redford, Geroge Segal, Ron Leibman, and Paul Sand. Based on the Donald Westlake novel and written by William Goldman, this, along with the next film, is probably the most fun I had watching a movie all year. Fresh out of prison, Redford leads a crew to steal a giant diamond from a museum and Murphy's Law comes into play, along with an unforgettable turn by Zero Mostel.

I won't say much about Deathtrap because you can read my 52/82 piece on it here. But, as mentioned above, this was the most fun I've had watching a movie in a very long time. Story, performances, direction, etc. Everything works. 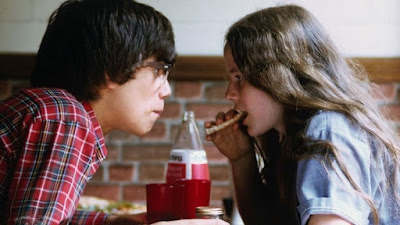 Call me a shill, and full disclosure, the person who released this film on Blu-ray this year is a friend, but Jeremy is basically just my poster child for everything Fun City Editions put out this year, because I loved every single one of their releases. Jeremy holds a special place also, though, because this disc is chock-full of extras featuring more of my friends. The disc includes a a masterfully-written essay (featuring my hero Danny Peary) by Bill Ackerman, a gorgeous video essay by Chris O'Neill, a commentary by cult queen Kat Ellinger and the late, great Mike McPadden, and tons of other stuff. As great as the package is, the film can stand alone as one of the great coming of age stories. Set in '70s New York, Robbie Benson is the titular Jeremy who falls in love with the new girl in school, Susan, played by the perpetually adorable Glynnis O'Connor. It's a simple story of young love but it wears its heart on its sleeve in all earnestness, and few other movies compare in that way. 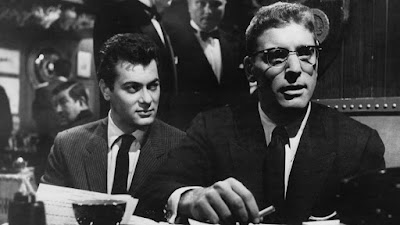 While all ten of these films impacted me and affected me, Sweet Smell was unique in that it scared me in a way I've never been scared. By no means is this is a “scary” movie in the traditional sense of the word, but it shows how “scary” the entertainment world really is (or was back then). Tony Curtis is Sidney Falco, a press agent who will stop at nothing to get what he wants. Burt Lancaster is a powerful entertainment columnist called J.J. Hunsecker who can make or break a career with the click of his typewriter. When the two clash, the heat and anxiety and pressure explode from the screen and leave you exasperated. I want to watch it again right now. 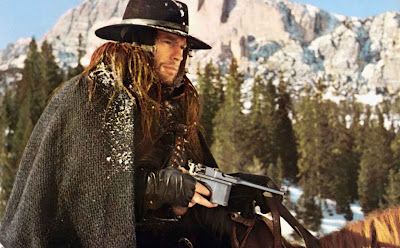 This is a late addition to the list as I only watched it in the last month and, honestly, I wasn't expecting to love it as much as I did. It's almost impossible not to love a snowy western, but throw in Klaus Kinski and an assassin called Silence who shoots the thumbs off his victims, it became clear early on in the film this was going to make it onto my discoveries list. Those who have seen it love it (ask Patrick). Those who haven't will love it when they do see it. While I love the Man With No Name trilogy, The Great Silence is now my all time favorite spaghetti western. 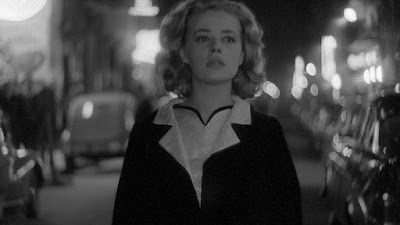 It must have been almost exactly a year ago when I was sitting down to work late one night and I put on TCM as background noise. On the screen was a movie I didn't know, but I couldn't get any work done that night because I was hypnotized by what was happening on screen. I only caught maybe 30 minutes and I didn't figure out what the movie was until a month-or-so later, but when I did learn the title I watched it immediately. And the weird thing was I wasn't hypnotized by the dialogue or the French accents or the radiant Jeanne Moreau; I was hypnotized by Louis Malle's camera movement. I didn't have to read the subtitles in order to follow the story; it was told by the way Malle blocked his actors and moved the camera. I felt like I'd never seen a movie before and was watching one for the very first time. And then it happened again when I watched the entire film. A man is having an affair with his boss's wife, he kills his boss, and then everything starts to collapse. It's yet another simple story, but I'm hard-pressed to imagine I'll ever experience a moment like that while watching a movie ever again. 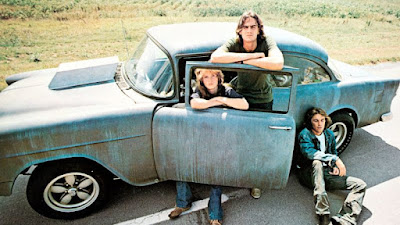 While I went into Two-Lane expecting I would love it, again, I wasn't expecting how much I loved it. There are very few – probably in the single digits – movies I have ever wanted to watch back-to-back after the first viewing (Garden State and Moonstruck just off the top of my head), but I'll never forget watching Two-Lane for the first time, the credits rolling at the end, and then me looking at my wife and saying, “I'm gonna watch it again.” Starring two of the most influential musicians of the time just driving around the country looking for pick-up drag races, you wouldn't think this movie could be effective, but you would be wrong. James Taylor is The Driver and Dennis Wilson is The Mechanic. Along the way they pick up The Girl, a hitchhiker played by Laurie Bird, and keep running into Warren Oates as G.T.O. on the interstate. Taylor and Wilson maybe speak 100 words between the two of them with Oates picking up 95% of the dialogue, but this movie goes to depths I just wasn't prepared for while Oates broke my heart along the way. I throw around the term “perfect” pretty liberally when talking about my favorite movies, but Two-Lane Blacktop is a goddamn perfect movie.
Posted by Patrick Bromley at 5:00 AM