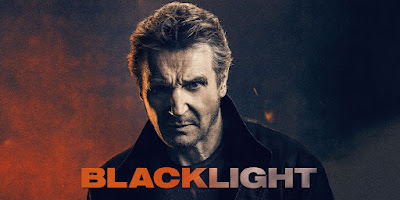 A cursory glance at Liam Neeson’s IMDb page reveals about a dozen Action Dad performances since he codified the character in 2008’s Taken. In nearly every one of them, Neeson is playing some variation of that film’s Bryan Mills: An ex-military/government intelligence agent whose lethal skill set contrasts with their quiet, unassuming persona. Long past their prime, the Neeson character is often retired or on the cusp of retirement, and those who are still in the life when we meet them are typically in search of ways to get out of it for good. Trouble is, there’s always some force — some terrorist group, some corrupt colleague, some pack of bloodthirsty wolves — standing in the way of that happy ride off into the sunset. There’s usually trouble on the homefront, as well, as the Neeson character’s inability to balance work and family will threaten his closest relationships and end up putting those he loves most in the crosshairs. Neeson will then have to rely on his trademark mix of brains and brawn to bring down the bad guys and/or wolves. 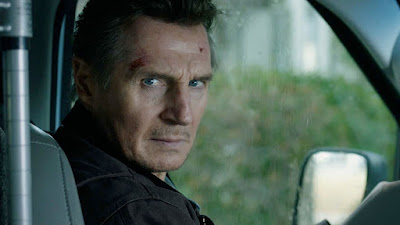 Blacklight, you may be surprised to learn, is no different! Neeson’s second collaboration with director Mark Williams — after Honest Thief, a film I have apparently seen and reviewed — introduces Travis Block, an FBI fixer whose mysterious exploits, though strictly off the books, seem to involve the care and tending of deep cover agents whose realities have become irrevocably altered by the roles they’ve been asked to play. Long in the tooth and looking for a way to spend more time with granddaughter Natalie (Gabriella Sengos), Block tells FBI Director Robinson (Aidan Quinn) that he’s had enough. Robinson has one final mission for him, though: Track down agent Dusty Crane (Taylor John Smith), who went rogue after his last assignment, liberal politician Alexandria Ocasi…er…Sofia Flores (Mel Jarnson), was assassinated by forces unknown. Though his behavior is violent and erratic, Crane insists he has vital information about a seedy government conspiracy. He seeks out journalist Mira Jones (Emmy Raver-Lampman) in hopes of exposing those responsible.

Blacklight’s poster proudly declares that it can be seen “only in theaters,” something we all took for granted before the COVID-19 pandemic began. And while the eventual blockbuster takeover of major cinema houses is now unavoidable — Let’s face it: It’s already here — there is something reassuring about seeing a mid-budget actioner wedged in-between the Marvel and Disney of it all. This is exactly the kind of movie we all complain doesn’t get made anymore, or at least not at this budget and not for a streaming service. During any other time in cinema history, this movie would be effective counter-programming for a slate of February romantic comedies or summertime animated fare. It’s a stretch to say Blacklight has any real style, per se, but veteran producer Mark Williams makes for a competent enough director who would have easily built a journeyman career in another era (era). The sixty-nine-year-old Neeson is a bit tired, sure — he’s looking especially shaky in those chase sequences — but he hasn’t lost the integrity of spirit we’ve come to respect. 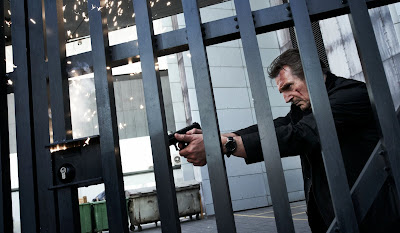 Why, then, does Blacklight feel so frustratingly quaint? This genre of airport paperback thrillers has always existed, and the erosion of our shared cinematic monoculture shouldn’t make it any less valuable. Dads in recliners deserve movies too, right? There’s nothing wrong with a boilerplate actioner that scatters its cliches and character stereotypes wider than the dots of its supposed “mystery” plot (Hint: The FBI director who rants about short-sighted politicians in the first act is probably the mastermind behind the politician-murdering conspiracy revealed in the third act). Art should stand on its own merit, sure, and filmmakers who profess some inherent “right” to our attention are certainly worthy of skepticism. But Blacklight’s mild-mannered mediocrity left me with the sobering feeling that maybe this genre deserves to be quietly retired. Maybe the age of the movie star vehicle is truly over; maybe the Neesons and Willises of the world just need to call it a career. Maybe Blacklight’s $43 million would have been better spent elsewhere. 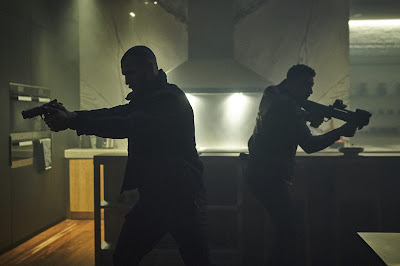 I truly hope I’m wrong. Theatrical releases like Blacklight are certainly more earnest and appealing than the Randall Emmett geezer teasers clogging up our Redboxes, and Netflix development executives hardly need more evidence against the viability of the two-hour theatrical release. Despite my deepest fears, cinema as an artform seems to be well protected: Billion-dollar blockbusters are still drawing mass audiences, and critical circles will always embrace small-budget indies. The pomp and circumstance of Oscar season is enticing as it ever was, with analysts and commentators still fueling a vibrant cinematic ecosystem for the foreseeable future. But it’s that middle ground we need to watch over, that demographic that is being gradually overtaken by an ever-encroaching wave of “bingeable” streaming series. The unfortunate reality is that a stand-up double like Blacklight faces more pressure to succeed than it really deserves. Maybe Action Granddads like Liam Neeson need to hold out a bit longer. We may need them more than we think.
Posted by Patrick Bromley at 5:00 AM