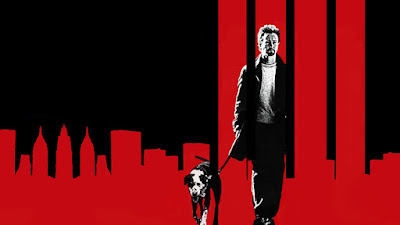 Nominated for Best Film of the Decade in the Village Voice Film Poll.

• Best Scene/Moment: The final sequence of the movie where (SPOILER) Brian Cox’s character narrates a fantasy sequence of what would happen if he didn’t drive Edward Norton’s character to prison, but instead Norton goes on the run and starts a new life in hiding. It’s an incredible way to end the movie.

• Best Song: I’ll go with “The Fuse” by Bruce Springsteen, from his terrific album The Rising that was also released in 2002. Both that album and 25th Hour have the tragedy of 9/11 haunting the work, making them good companion pieces to each other.

• Best Merch: A complete script of the movie with reproduction signatures from the cast for $29.95! This is a script (by David Benioff) I would be interested in reading to see how Spike Lee adapted it. Also, check out the fake autographs…Anna Paquin and Barry Pepper have good penmanship. 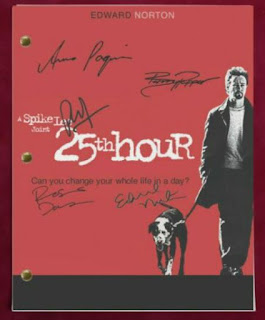 • Director Check: 25th Hour was directed and co-produced by Spike Lee. Lee started out of the gate as a very buzz-worthy filmmaker with She’s Gotta Have It and School Daze and then hit the stratosphere in 1989 with the all-time classic Do the Right Thing. After announcing himself as a major filmmaker in the 1980s, Lee worked consistently throughout the 1990s with some incredible highs (Malcolm X), an occasional low (Girl 6) and many interesting and solid films in between (my favorites including Jungle Fever, Crooklyn, Get on the Bus, He Got Game, and Summer of Sam). 25th Hour was Lee’s second film of the 2000s (and his first post-9/11) and he was the right person to adapt David Benioff’s book, as it’s a film where the DNA of New York City needed to be felt which is something Spike Lee excels at portraying on-screen. 25th Hour was well-received critically and has gone on to be considered by many as one of the best movies of this century so far. Following 25th Hour, Lee had a bit of a rough patch (excluding Inside Man, which was a commercial hit) with misfires like She Hate Me, Miracle at St. Anna, Red Hook Summer, and his remake of Oldboy. In recent years, Lee has funded films through Kickstarter (Da Sweet Blood of Jesus) and worked with streamers (Chi-Raq, which was an Amazon Studios release). Most recently, Spike Lee is on a career upswing with BlacKkKlansman and Da 5 Bloods both being heralded among the filmmaker’s best work. For the former, Lee won his first Academy Award.

• Year 2002 Movies to Trailer Before It: Gangs of New York, Narc, Road to Perdition 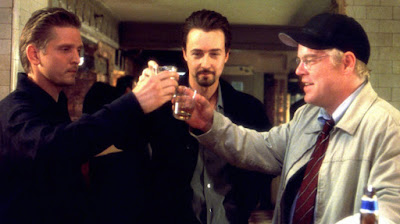 • Mall Movie? No, this was a critically championed, serious-minded drama released at the end of the year. It would play at the fancy theater.

• I Don’t Miss: Going to nightclubs. 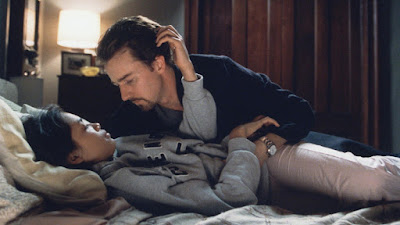 • What I Thought in 2002: I was devastated that I had to wait until March 2003 to finally watch it because the movie took that long to get to my college campus. Nevertheless, when I finally did see 25th Hour, I loved the movie and thought it was even better than David Benioff’s book (which I had read in anticipation of seeing the film). I bought the DVD the first day it was released. 25th Hour was in my top 5 of 2002 and my third favorite Spike Lee movie after Do the Right Thing and Malcolm X.

• What I Think in 2022: I don’t think I’m as over the moon in love with 25th Hour like I was in 2002, but I still think the movie’s great and among Spike Lee’s best. I think Lee did such a great job adapting a really moving story while also layering the tragedy of 9/11 into the work thematically. It gives the movie that much more of a mournful, heightened, out-of-body feeling to it. The cast is uniformly great, including Edward Norton, Barry Pepper (who I think is the film’s MVP), Rosario Dawson, Philip Seymour Hoffman, Anna Paquin, and Brian Cox. I highly recommend 25th Hour if you haven’t seen it before.
Posted by Patrick Bromley at 5:00 AM