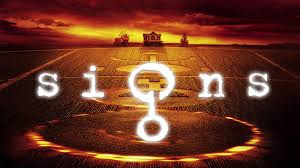 Nominated for “Worst Film” at the Fangoria Chainsaw Awards where it was also nominated for “Best Wide-Release Film.” Make up your mind, Fangoria!

• Best Scene/Moment: I really like the scene where Mel Gibson, Joaquin Phoenix, Rory Culkin, and Abigail Breslin have a last meal together before the impending alien invasion. It’s well-written and performed and the scene has a disarmingly realistic feeling to it under those circumstances (blunt/hurtful conversation exacerbated by fear, the motivation to try to make yourself feel better in the moment even though you know it’s a fruitless endeavor). Signs is filled with great scenes, so this was a tough choice.

• Best Song: The opening credits are incredible and that’s in large part because of James Newton Howard’s propulsive theme.

• Best Merch: A promotional alien survival kit from the movie for $99.99. What’s in it you might wonder? The seller doesn’t know because they’ve never opened it. Apparently, they think it might be a $100 bill. 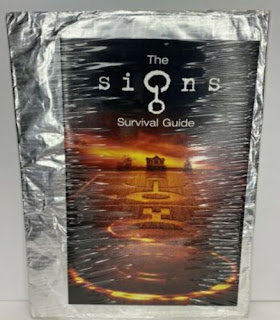 • Director Check: Signs was written and directed by M. Night Shyamalan (who also co-produced and co-starred in the film). It’s probably Shyamalan’s career pinnacle, where he was at the height of his power in Hollywood following the critical and financial success of his The Sixth Sense-Unbreakable-Signs run. Shyamalan started out his career with two indies that people often leave out of the conversation of his career: 1992’s Praying with Anger and 1998’s Wide Awake. After Signs, Shyamalan had his first stumble with 2004’s The Village, which was met with a lot of pushback at the time of its release. Shyamalan had a bad run after that film with Lady in the Water, The Happening, The Last Airbender, and After Earth, which was his career nadir, going as far as hiding his involvement in the marketing. Shyamalan rebounded by going back to his Twilight Zone-inspired roots with 2013 comeback vehicle The Visit, followed by Split, which made Shyamalan marketable again and less of a punchline among detractors. He followed Split with the Unbreakable-Split sequel Glass and directed 2021’s Old to a predictably mixed reception. Shyamalan’s next movie is 2023’s Knock at the Cabin starring Dave Bautista. As a big fan of the director (even though I don’t love all of his films), I’m glad he bet on himself and re-established his career. He’s a risk-taking filmmaker and very much his own unique brand.

• Double It with This 2002 Movie: Eight Legged Freaks 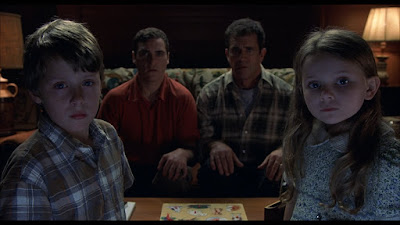 • Mall Movie? Nope. This was when Shyamalan was still considered by some as the next Steven Spielberg. Signs would play at the fancy theater. Shyamalan wouldn’t go to the mall until The Happening.

• Only in 2002: Marketing focused on a crop circle mystery catapulting a movie to over $400M in worldwide box office.

• I Miss (tie): Watching an old Mel Gibson movie I used to enjoy without feeling conflicted and Tak Fujimoto cinematography.

• I Don’t Miss: The “This movie’s bad because how did the aliens not know about water?” takes from the early 2000s.

• What I Thought in 2002: I remember seeing it on opening night with my then-girlfriend and it being the first time I cried on a date. It hit me hard. I was sold on Signs from the opening credits. It was a great crowd movie too.

• What I Think in 2022: Signs gets better every time I see it. It’s probably my favorite M. Night Shyamalan movie and somewhere in my top 3 films of 2002. Even though I feel unsettled watching Mel Gibson movies nowadays, Signs is so good that it doesn’t even matter while I’m watching it. In a weird way, my annoyance at Gibson works to the movie’s benefit because his on screen family shares a similar sentiment of anger and disappointment with his character. That aside, Shyamalan directs the hell out of Signs and his script here is maybe the funniest of his work. The movie somehow also manages to be incredibly suspenseful and emotionally affecting. I can’t speak more highly about Signs. I love it.
Posted by Patrick Bromley at 5:00 AM