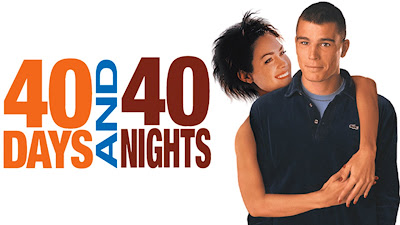 • Best Scene/Moment: The scene where Josh Hartnett and Shannyn Sossamon can’t have sex so they start petting each other with a flower. It’s supposed to be hot, but it ends up being kind of funny instead.

• Best Song: There are a few songs on the soundtrack I like but the best one for me is “Strange Condition” by Pete Yorn.

• Director Check: 40 Days and 40 Nights was directed by Michael Lehmann, who has a fascinating filmography. His debut was the 1989 cult classic Heathers, which was quickly followed up by 1990’s Meet the Applegates and the notorious 1991 Bruce Willis dream project, Hudson Hawk (which I believe made Rob and Patrick catch the excitement). After that film was a debacle, Lehmann had a gap until 1994’s underrated Airheads followed by a mainstream comedy hit with The Truth About Cats and Dogs in 1996. After righting the ship, Lehmann had a misstep with the Billy Crystal-Gheorghe Muresan buddy comedy My Giant. His next film was 40 Days and 40 Nights, which was a solid hit, grossing $95M on just a $17M budget. Lehmann hasn’t directed many feature films since the early 2000s, with 2007’s Because I Said So and Flakes as his most recent film work. Since then, Lehmann has become a prominent TV director, including shows such as True Blood, Californication, and the 2022 Netflix series The Woman in the House Across the Street from the Girl in the Window.

• Double It with This 2002 Movie: The Sweetest Thing 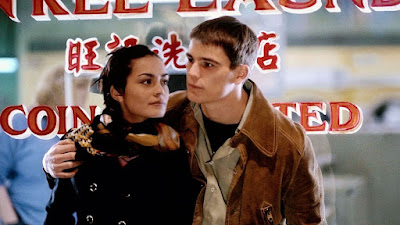 • Mall Movie? Yes. This feels targeted to the MTV TRL crowd. Where better to see it than the mall?

• Only in 2002: Pretty much everything in this movie including Sexual Harassment: The Workplace, everyone’s wardrobe, the dot-com craze, etc.

• I Miss: Shannyn Sossamon. She should’ve had a bigger career.

• I Don’t Miss: The lighting/cinematography, which makes this movie look like it was shot inside of a reject bag of Tropical Skittles. 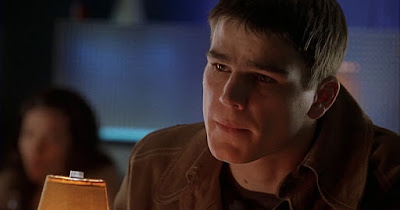 • 2022 Crush (tie): Shannyn Sossamon (who is sometimes dressed like one of the Newsies) and Emmanuelle Vaugier.

• What I Thought in 2002: I pretended I was above 40 Days and 40 Nights when it was in theaters, but it was a movie I revisited many times in the early 2000s on DVD with friends and dates. It’s like I thought things like this would happen in adulthood and I needed to be prepared.

• What I Think in 2022: I don’t think the movie’s particularly good or funny, but it’s compulsively watchable and Hartnett and Sossamon make for an appealing couple. I appreciate this mostly as a time capsule for the year 2002. Back in 2015, I tried to watch this movie for 40 days straight for a series of columns at F This Movie, but I ended up tapping out after 4 days.
Posted by Patrick Bromley at 5:00 AM