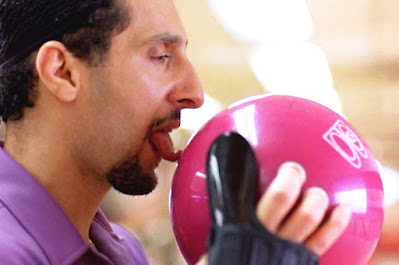 Because Erika told me to.
On a recent episode of the podcast, Erika and I were asked about our favorite bowling movies. In naming a bunch of titles, she suggested I do a 24-hour marathon of bowling movies. I was up to the challenge. I'm compliant. I needed the content.
10 am - Uncle Buck (1989, dir. John Hughes) 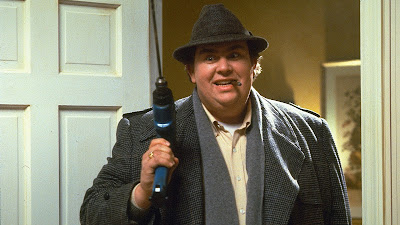 Let's kick things off with an ingratiating comedy that was once a Christmas Eve tradition for me (for no real reason), John Hughes' Uncle Buck. It's one of the best vehicles ever given to John Candy, giving him an opportunity to do everything he did so well as a movie star. Hughes wrote the. best parts for John Candy, didn't he? This, Planes, Trains, and Automobiles, Only the Lonely, even Home Alone (though, to be fair, most of Candy's dialogue in Home Alone was improvised with Catherine O'Hara). Uncle Buck is a big bowler and there's a memorable scene in a bowling alley (toothpick guy!), making this a good way to start our marathon.
Noon - Pleasantville (1998, dir. Gary Ross) 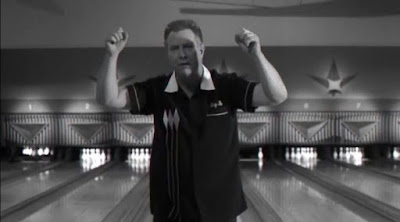 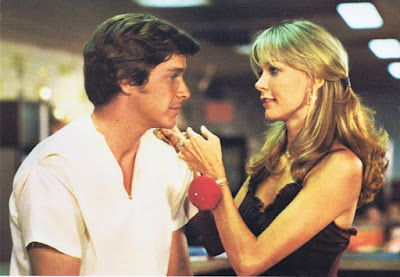 I've never seen this one, which appears pretty hard to come by (outside of a YouTube rip) but is listed on a lot of bowling websites' "10 Best Movies About Bowling." Tim Matheson plays a hotshot up and coming bowling pro who has to go against a "grizzled veteran" on his way to the PBA. Susan Blakely plays his love interest and Jack Warden his mentor/father figure. There are only a few movies in this lineup that are explicitly about bowling. This would be one of them.
3:30 pm - Grease 2 (1982, dir. Patricia Birch) 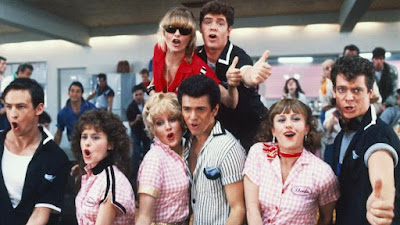 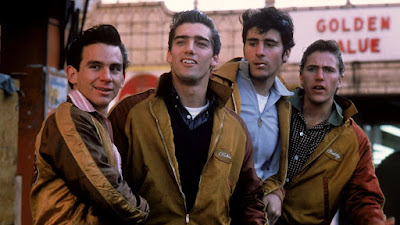 Philip Kaufman's tale of teen gangs in the 1960s (based on the Richard Price novel) is like what Grease would have been if it were R-rated and had no songs. Ken Wahl leads an ensemble of young men who spend their days getting into fights, hooking up with girls, and generally raising hell. There's a sequence in a bowling alley in which Dolph Sweet leads a group of old school Italians who fuck up some hustlers that lands The Wanderers a spot in the marathon.
7:30 pm - The Big Lebowski (1998, dir. Joel Coen) 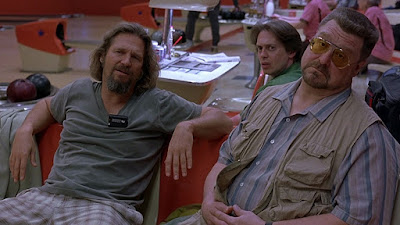 What am I, an asshole? Of course we're programming this in the primetime slot. I'm still amazed and embarrassed that I was befuddled and a little lukewarm when I saw this opening weekend in 1998, finding it too shapeless and meandering on the heels of the masterpiece that is Fargo. A second viewing revealed that the shapelessness is the point, and that The Big Lebowski is very nearly its predecessor's equal -- a masterpiece of a different sort.
9:30 pm - Mystery Men (1999, dir. Kinka Usher) 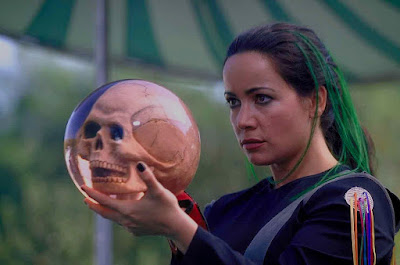 I maintain that the 1999 superhero comedy Mystery Men was a decade ahead of its time, and that had it been released amidst the glut of comic movies to come a decade later it would have a much bigger following. Instead it has to settle for a devoted cult following. Janeane Garofalo plays a reluctant, sardonic superhero who calls herself The Bowler because she carries a bowling ball containing the skull of her father. Like a lot of the movies in our lineup, the connection to the sport of bowling is tangential at best, but I'm not going to miss an opportunity to program a '90s Janeane Garofalo performance.
Midnight - Sorority Babes in the Slimeball Bowl-O-Rama (1988, dir. David DeCoteau) 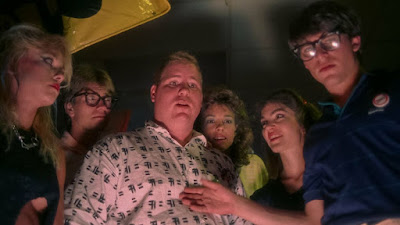 I didn't have a ton of patience for this Empire production when I wrote about it back in 2015, Maybe I was in a bad mood. I've seen it since (during Joe Bob Briggs' first 24-hour marathon on Shudder) and had a better time with it. I'm sure it would play really well in the midnight slot, as it's practically made to be watched at that time.
1:30 am - Cabin Fever (2003, dir. Eli Roth) 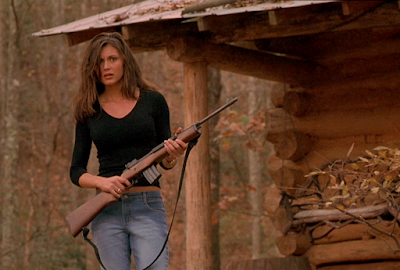 Eli Roth's debut feature is not a bowling movie, per se, but it does have a good bowling scene that's part of a campfire horror story. I know Roth has become polarizing and potentially problematic in the years since he put this one out, but I still love it and count it among my favorite horror movies of the 2000s.
3:30 am - Fright Night Part 2 (1988, dir. Tommy Lee Wallace) 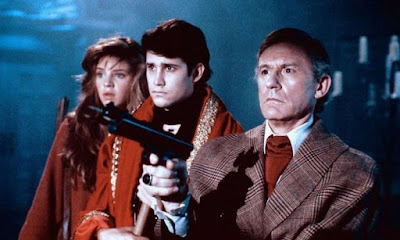 I still don't quite love this sequel (no one tell Elric Kane) because it resets the characters back to zero and proceeds to do the same story again, but there's no denying that the movie has a ton of cool energy, good gags, and neat monsters. One of several memorable set pieces is staged inside a bowling alley as the bad guys all bowl to "The Midnight Hour" playing on the soundtrack. So few movies have vampires bowling. This would be one of them.
5:30 am - Beware! The Blob (1978, dir. Larry Hagman) 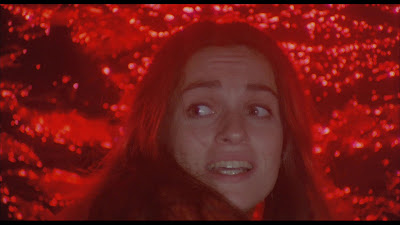 The second film in the marathon I've never seen. Apparently there's a scene in which the blob attacks a bowling alley, which earns it a spot. I like when I can check some titles off my "to see" list during these lineups. I remember seeing the DVD at Tower Records years ago that billed this as "The movie J.R. shot!" Clever.
7 am - Kingpin (1996, dir. Peter & Bobby Farrelly) 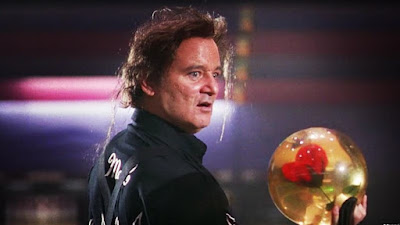 I saved one of the most bowling-centric titles for very nearly last. Kingpin is my second-favorite Farrelly Brothers comedy and one of the funniest films of the '90s full stop, with great performances from Woody Harrelson, Randy Quaid (yikes), and especially Bill Murray (also yikes?). I'm sure it hasn't dated all that well -- it's been a number of years since I saw the whole thing -- but I guess we'll find out. It's the right movie to help us wake up.
9 am - There Will Be Blood (2007, dir. Paul Thomas Anderson) 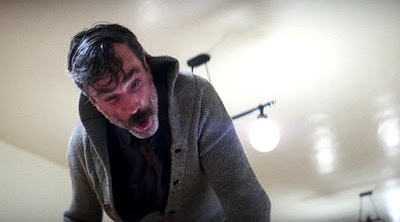 Email ThisBlogThis!Share to TwitterShare to FacebookShare to Pinterest
Labels: 24 hours of movies, bowling movies, philip kaufman, pleasantville, the big lebowski, there will be blood