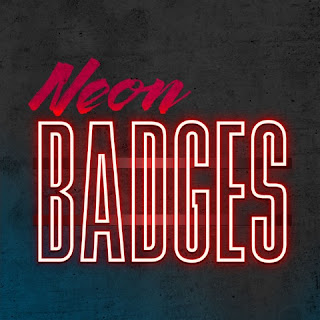 The triumphant return as it was originally conceived.

Back in 2019 I pitched an idea to a company that will remain nameless and was hired to do an eight-episode run of a podcast called Neon Badges. The idea was born out of my love for '80s cop movies, which in turn was born on Friday nights at my Grandma Jo’s where I was introduced to classics like Die Hard and Lethal Weapon. For this podcast I would combine my strange passion of a very specific sub-sub-genre of movies from a very specific era (era) with my fascination with how movies are made.

Originally conceived in 2018, the idea actually did start as a podcast but not solely focused on '80s cop movies. Home School Film School told the behind the scenes stories of movies like William Friedkin’s Sorcerer and Rob Reiner’s When Harry Met Sally… But it was the episode I did on Paul Verhoeven’s Robocop that created my obsession with the history of '80s cop movies specifically. A year later I used that episode as a pitch to the company that shall not be named. Neon Badges officially became an oral history series expanding beyond the '80s into the '90s and '00s. After six episodes things fell apart, said company went up in flames, and the podcast died a slow, agonizing death with an embarrassing attempt by yours truly to keep it alive.

But my love for these movies only seemed to grow. My dream of resuscitating of Neon Badges intensified, becoming an every night occurrence. With future plans for (that I’m trying unsuccessfully to keep close to the vest), here we are. The return of Neon Badges, as it was originally intended: in written word! (Apologies to those who only want to listen to these stories, but my heart and brain lie with pen and paper/fingers and keyboard.) In the weeks ahead you will get oral histories of these movies that have commanded my attention since I was a little boy. These will be big, beefy essays, sometimes broken up into to multiple parts. You’ll get backgrounds of the people in front of and behind the camera; stories from the shoot, including pre- and post-production; the legacy these movies left behind; and a review of each film.

For this primer I wanted to recommend ten '80s cop movies that clearly define what I mean when I say the name Neon Badges. Some of these have already been covered at F This Movie! and some may not be covered at all on the site. But all of these, in my opinion, represent the wide range of “cinema” that is Neon Badges.

In no particular order…
1. Die Hard (1988, dir. John McTiernan)
A big-budget, big box office actioner that definitely is or is not a Christmas movie.

4. Cobra (1986, dir. George P. Cosmatos)
Golan and Globus must be represented on this list of essential '80s cop movies, and what better movie to do it with than the one with a toothpick-chomping, pizza-scissoring, mean motherfucker named Marion.

5. Extreme Prejudice (1987, dir. Walter Hill)
The U.S.-Mexico border was a big draw for movies of this specific milieu, and this is the best of them.

6. The Naked Gun (1988, dir. David Zucker)
Yes, even the goofiest of comedies belong on this list because, you guessed it, Lt. Frank Drebin of the Los Angeles Police Department is a cop. A darn good one, too.

7. Turner and Hooch (1989, dir. Roger Spottiswoode)
Dogs with badges were big in the '80s, and we don’t get these goofy Tom Hanks performances any more. It goes on the list.

9. Maniac Cop (1988, dir. William Lustig)
Horror movies belong here, too! There’s lots of them. This one also best utilizes stolen shots of the NYPD. Plus Bruce Campbell and Tom Atkins.

10. Prince of the City (1981, dir. Sidney Lumet)
Even nearly-three-hour, heavy dramas qualify for the list. Again, this is the best of them, and it explores themes and subplots the obvious, big action movies leave out.
Posted by Patrick Bromley at 5:00 AM