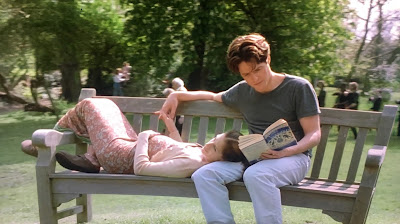 Another marathon of movies programmed just for my favorite person on her day.

I've programmed marathons for Erika on her birthday before, once in 2017 and another one in 2020. Truth is, she deserves all the marathons and all the movies. Let's celebrate her again with some of her favorites. 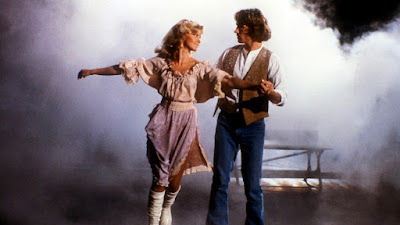 Let's kick things off with a classic and one of the most Erika movies ever made, not because she thinks it's perfect or anything but because it stars Olivia Newton-John (RIP) on rollerskates singing and dancing to disco music. This is E's dream. Xanadu is not great, but it's super watchable and I like the music and I love the idea of starting our marathon with this kind of camp energy.
12 pm - Gone in 60 Seconds (2000, dir. Dominic Sena) 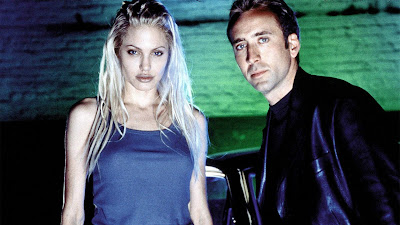 While not a movie Erika loves unconditionally, it comes from the summer she described at the time as the summer she fell in love with action movies. This was one of the reasons why. It's not great but it's got Nicolas Cage and Angelina Jolie stealing cars for two hours so actually it's pretty great. 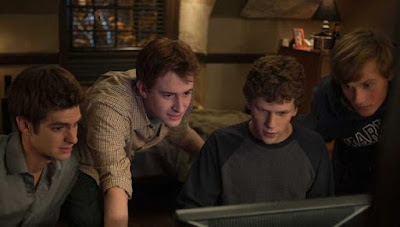 This has quietly crept up near the top of E's favorite movies by virtue of her teaching it to her Rhetoric of Cinema class every semester. It's to the point now where she'll quote random lines that could literally come from anything and I can just guess it's from The Social Network and be right.
4:15 pm - Tootsie (1982, dir. Sydney Pollack) 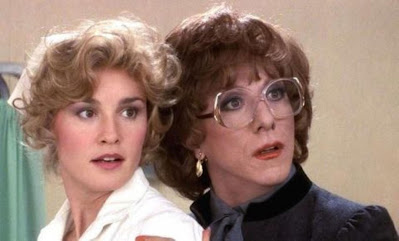 I just hosted a screening of this for the Critics Classics series in Chicago and halfway through Erika leaned over to me and said "This is my new favorite movie." She was just kidding, of course, but I get where she was coming from. They rarely make studio comedies as good as this one anymore.
6:30 pm - Casino (1995, dir. Martin Scorsese) 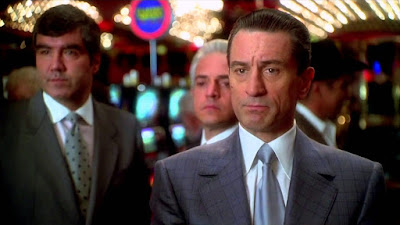 We can't let another marathon pass without programming a movie by the man I think is Erika's favorite filmmaker. We just rewatched this in 4K together and were both blown away by how watchable it is for a three-hour movie, how every shot seems carefully considered for maximum impact, how every performance is incredible down to the bit players. Just next-level filmmaking all around. The eye in the sky is watching us all.
9:30 pm - Summer of Sam (1999, dir. Spike Lee) 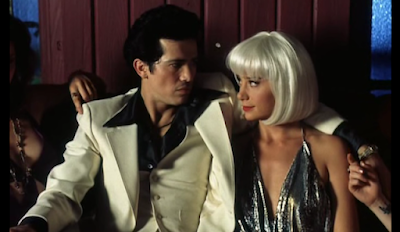 From Erika's favorite filmmaker to her second favorite filmmaker. This was a big movie for us in 1999, a legendarily great year for movies and the summer during which we were falling in love. E tweeted the other day that we walked out of this movie to go make out, which is only sort of true, but close doesn't matter when it comes to kissing. This is one of the more underrated movies in Spike's filmography, capturing a great sense of time and place but also how nasty people can get when they're scared and angry and super fucking hot.
Midnight - Alien (1979, dir. Ridley Scott) 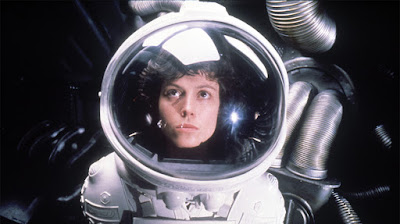 I know we usually pivot to Italian horror in this slot, but we'll do what is maybe the best sci-fi horror movie ever made instead. This was a film that Erika came to a little later in life, probably when it was released in its director's cut form in 2003. She responded to it immediately, falling in love with the production design, the pacing, the characterization of Ripley -- all of it. I've always liked Alien, but I get really excited when a movie instantly becomes Erika's because something in it speaks directly to her.
2 am - Whatever Happened to Baby Jane? (1962, dir. Robert Aldrich) 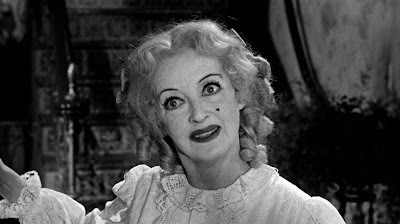 A childhood favorite of Erika's to which she introduced me several years ago, this one's not so much scary as it is creepy and sort of upsetting. Bette Davis and Joan Crawford hated each other in real life in preparation for this movie where they play sisters and former stars who hate each other. Maybe we should have watched that FX show about their feud. I forget what it was called.
4 am - Mission: Impossible: Ghost Protocol 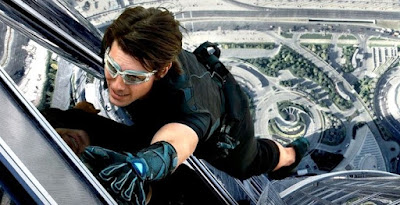 Here's a movie that combines two things Erika loves: her aforementioned love of action movies and her love of Tom Cruise. She's a fan of the whole M:I series, especially the later installments, but this one is easily her favorite (pretty sure it's mine too, which is how we make it work) for reasons that go beyond Paula Patton's green dress (though that's a good reason). It's become another movie that Erika will quote with random words like "Vacations" and expect that I recognize the reference. Luckily I've learned to. If nothing else, the Burj Khalifa sequence is sure to wake us up.
6 am - The Royal Tenenbaums (2001, dir. Wes Anderson) 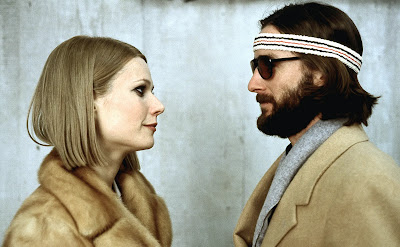 This is still my favorite Wes Anderson movie, but I don't know anyone who loves it more than Erika, who saw it at least four or five times during its 2001 theatrical run. It speaks to the J.D. Salinger/Franny & Zooey lover in her, I think. Plus we had sweet Margot/Richie costumes for Halloween one year (they're on FTM's Instagram). Gene Hackman's Royal Tenenbaum is one of the all-time great movie characters and possibly my favorite performance he's ever given. We've been due for a rewatch of this for a while so I'm glad we'll get to squeeze it into our marathon.
8 am - Notting Hill (1999, dir. Roger Michell) 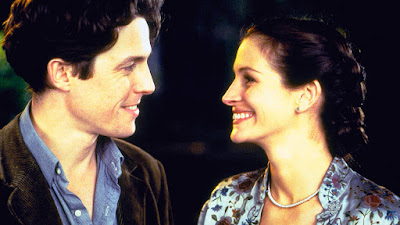 Another pick from the monster year that was 1999, this Hugh Grant/Julia Roberts romantic comedy will always be a special movie in our relationship for a couple of big reasons. Elvis Costello's song "She" from the movie was the first dance at our wedding! I like the idea of closing out this marathon with the way our relationship began: together watching this sweet, charming, lovely movie.
Happy Birthday, Erika. I love you the most.
Posted by Patrick Bromley at 12:00 PM