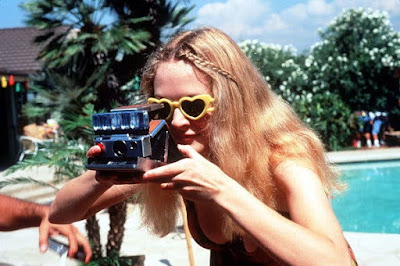 It's Erika's birthday! Let's do another movie marathon for my favorite girl.

A few years back, I programmed 24 hours of movies for Erika's birthday. Now that it's been a while (been a while), I think it's time to do it again. She deserves all the movies and all the movie marathons. 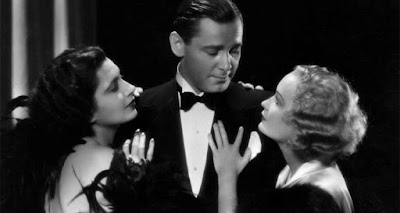 In the last year or so, Erika and I have watched a ton of older and classic movies. Her new favorite filmmaker out of everything we've watched is Ernst Lubitsch, and her favorite of his films (that we've watched) was Trouble in Paradise, the insanely charming screwball comedy about class, mistaken identity, and a love triangle that's not quite what we expect. I like starting these marathons with a classic whenever possible, and kicking Erika's birthday marathon off with this one is a great way to celebrate something she loves. 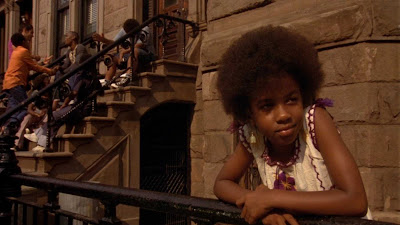 Speaking of movies Erika loves. Spike Lee is one of her favorite directors and this is her favorite Spike Lee film -- one she loves so much shows it to her students every year. It's Lee's autobiographical story of growing up in Bed-Stuy in the 1970s and it, like Trouble in Paradise, is super charming, though not without a heavy dose of melancholy. One of Erika's greatest qualities is her capacity for empathy -- we often joke that she "feels it all" -- and this is a movie that speaks directly to that. It speaks to a lot of things she loves. 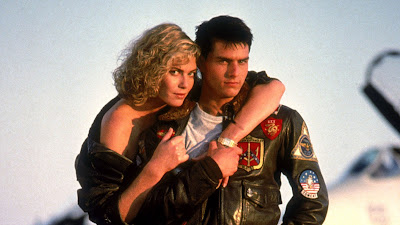 Sometimes, programming a movie marathon for someone else means choosing stuff you know they love even when you don't. Case in point: Top Gun. This goes back to E's childhood love of Tom Cruise. She likes the part when he pushes his sunglasses up onto his nose. If nothing else, it will help get us ready for Top Gun: Maverick, a movie I know I'll be obligated to see. 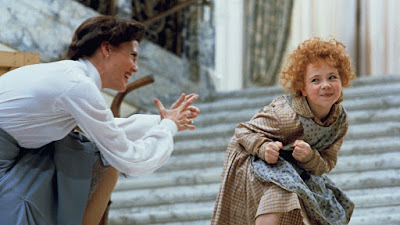 We might have told this story on the podcast before, but when Erika was a kid, her two favorite movies were E.T. and Annie, so much so that she once got in trouble for signing a preschool project "Erika E.T. Annie Mueller." That's pretty much the cutest thing ever. I'm probably not familiar with John Huston's adaptation of the Annie stage musical to have a strong opinion about it, so I'm excited at the prospect of revisiting it with someone who loves it and knows it by heart. 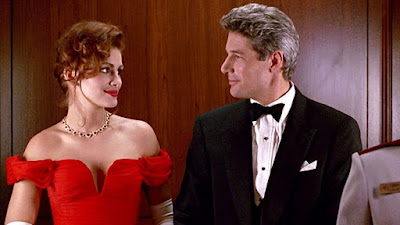 There are so, so many things that Erika and I have bonded over in our 20 years together, but one of the big ones is our shared love of Pretty Woman. It's been overplayed to death and its premise is absurd, but it's a genuinely great romantic comedy and maybe the last real movie Garry Marshall ever made. Not a week goes by in our house where one of us doesn't quote it in some way. Her mom once sat her down and told her that "this is not how life works," which is still very funny to me. Though she's never confused the movies for real life, one of Erika's many charms is that she believes in the kind of love you find in the movies. I like to think that's what we've found with each other. 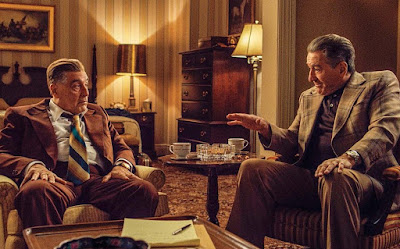 I swear I'm not being cruel by programming this one. It's well-documented on this site by now that Erika feels it all when it comes to The Irishman, and that just talking about it is enough to bring her to tears. That's not why I'm including it in the lineup. I'm including it because Martin Scorsese is (I think) her favorite director, and because this is (I think) her favorite movie of 2019. Now watch -- she'll publish her Top 10 list later this week and put Parasite at #1 and it will seem like I don't know her at all. The point is that this is a great movie from a great filmmaker, and this birthday marathon is a good excuse to revisit a film we won't always have the time to rewatch. Plus, Erika might cry and then I can console her. It's a win/win. 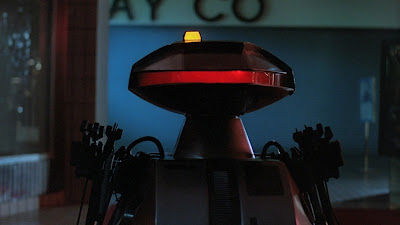 One of Erika's favorite discoveries of this past October is Chopping Mall, which is very amusing to me. I think maybe she likes movies about malls. Plus, this pick gets Barbara Crampton into our marathon, which should make both of us happy. E can wear her Barbara Crampton t-shirt. 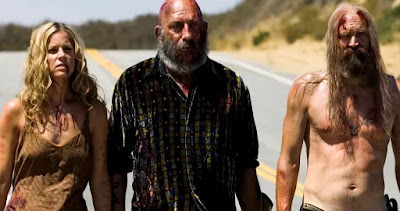 This one is kind of a cheat, because I programmed House of 1,000 Corpses the last time around. What can I say? E loves Rob Zombie movies (most of them, at least). The Devil's Rejects pushes so many of her buttons and gets at so many things that freak her out, which is fun for me as a spectator because there are few things more adorably entertaining than Erika when she's really reacting to a movie. This will be exactly the wakeup we need at this point in the marathon. 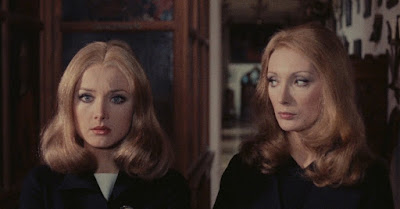 The last time I programmed one of these birthday marathons, I scheduled horror movies overnight but no Italian horror in its usual slot. I'm glad I can rectify that now thanks to E's newfound love of Barbara Bouchet, the star of The Red Queen Kills Seven Times. It's a pretty good little giallo made better by the presence of its leading lady. Bonus points for Sybil Danning. E can wear her Barbara Bouchet t-shirt. 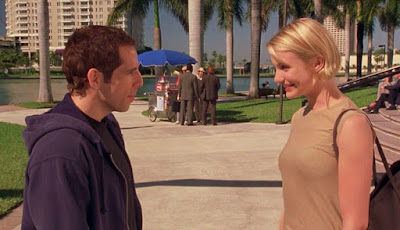 Another movie that's super important in the history of our relationship. This was going to be my "Movie I'm Thankful For" this year, but I got very sick and couldn't write it. Back in 1998, it was basically my life: nerdy guy pining over the perfect girl who was already dating someone everyone thought was perfect (like Brett Fav...re). I kept going back to see it again and again that summer/fall because it made me hopeful that someday, my own Mary would decide she'd be happiest with me. Lucky for me, she did. 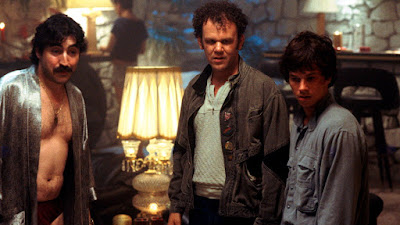 Let's wrap things up with another one of Erika's favorite movies, and the first movie she and I ever bonded over before we barely even knew each other. More than two decades later, this is still my favorite Paul Thomas Anderson movie and one of my favorite movies of all time. It's one of Erika's, too. Our shared love of the film -- the things we find funny, the parts that move us, the way we both (in this case) feel it all -- is just another reminder of how right we are for each other. I can't think of a better way to end her birthday marathon than that. I love you, Bue.
Posted by Patrick Bromley at 12:00 PM