Best Movie-Going Experiences of 2022: BLADE RUNNER and Beyond Fest 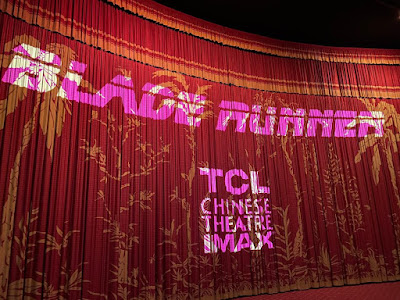 “Somehow, hahtbreak feels good in a place like thees” – but movie love feels even better.

Movie lovers should love movie theatres. Maybe you don’t care for the ticket prices, the sticky floors, or the Tipsy Hipsters (© friend-of-the-site Erich A.) – but if you truly love movies, you relish that alone-together-in-the-darkness feeling of waiting for the film to begin. For me, it’s one of the luckiest feelings in this whole broken world, so I’d like to tell you about a couple of my favorites from 2022.

Anyone who knows me or has read anything about me or has listened to me here at FTM! knows that my favorite movie is 1982’s Blade Runner. So when I learned that Collider was showing it on the big screen at this historic theater in honor of the film’s 40th anniversary, I managed to score some free tickets for me, Johnny California, and our son. Oh, the C-Beams were glittering for me THAT night, I can assure you! 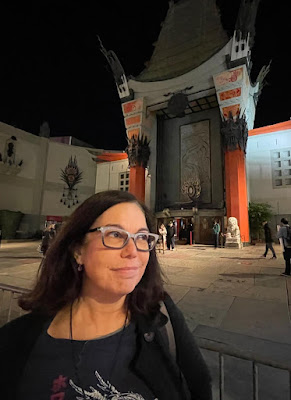 Any time you have an opportunity to see an old favorite on the big screen, do it. I’ve seen this film no fewer than 50 times, yet at this screening I noticed new details that further deepened my appreciation for Lawrence Paull’s brilliant production design. Here’s a 2023 challenge for you: seek out a big-screen showing of a film you know and love that you’ve never seen before in a theatre. Don’t skip a revival just because you’ve “seen it before” or it’s easier to pop in the Blu-ray. Maybe rent out a screen for your birthday and invite 50 of your dearest friends and family to share the experience with you. No matter how many times you’ve seen your favorite at home, give it the chance to unfold before you the way its director intended. Watch the end credits and pronounce the names in your head as they scroll: the second unit directors, the costumers, the key grip and drivers and sound lab interns. It’s a fucking miracle that your favorite film exists at all—do you know HOW MANY PEOPLE HAD TO SAY YES to get that to happen?

In 2023, find a way to live in that miracle for a couple of hours, even if you need to make it happen yourself. Then come back here and tell us what you discovered on the Weekend Open Thread.

We say we moved this year to California so JB and I could be closer to our best and only son… but the real reason we moved was to be closer to MOVIE HEAVEN. (Sorry, Jake. You had a good run.)

Beyond Fest 2022 is an example of the kind of weeks-long film festing that seems to be going on all the time in Hollywoodland. Check out the lineup to see what I mean. We didn’t score every ticket we wanted, but my son and my husband each nabbed tix for a triple-feature marathon: Master of Cinema: A Tribute to Park Chan-wook; and Kingdom of the Shatner: 3-Film Shatner-Thon, respectively. And guess who they invited along? 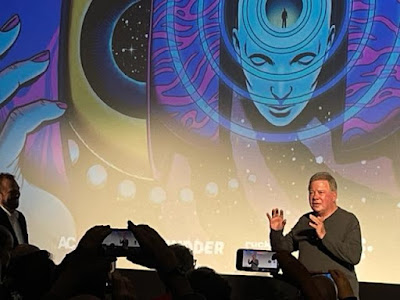 JB and I already wrote about the Shatner-Thon, so check out that column to learn more about Kingdom of the Spiders (1977), The Devil’s Rain (1975), and Impulse (1974). Suffice it to say that seeing three Shatner films in a row made me re-evaluate him as an actor. His energy and effort exponentially increase the entertainment factor of any movie he’s in. Shatner makes “Cowboy Veterinarian” seem like just as cool a job as “Starship Commander,” and that is no easy feat.

The highlight of the weekend was hearing The Shat himself expound on his real-life journey into space aboard the Blue Origin shuttle. It’s a bit pulled straight out of his memoir and a story he seems to delight in re-telling: how, viewing the boundless, brilliant frontier of space, all he saw… was death. To his surprise, it was the overview of Earth that sparked hope for Shatner. He saw that the true beauty of the universe is here, shining in the webs of connection between people and our planet. It sounds pretty cheesy, but that’s how I felt in that quiet theatre as Bill Shatner re-told that experience to a group of fans who seemed likely to never tire of hearing it. 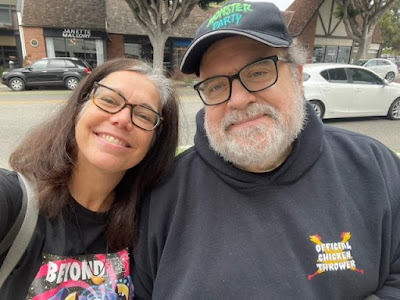 WINNER: “Revenge Was Never This Sweet” (because I brought cookies)

My favorite 2022 screening experience was my other Beyondfest three-fer: Park Chan-wook’s Sympathy for Mr. Vengeance (2002), Lady Vengeance (2005), and The Handmaiden (2016). Park’s Decision to Leave made the “Best of 2022” list for many film critics, including our own Patrick Bromley. If you loved Decision to Leave, you owe it to yourself to seek out any (or all!) of these three earlier films.

“Korean Revenge Film” sounds very specific. The first two films above, with Park’s more well-known 2003 film Oldboy, form an unofficial “Vengeance Trilogy” that I guess helps people approach Park’s work … but maybe it’s just an example of how limiting it can be to push films into a labeled box. All of Park’s three Beyondfest films fit the category, but they each have wholly distinct plots, moods, and motivations. For me, “revenge” here felt less like a genre and more like a tool: the chisel Park chooses over and over to define the shape of these deeply resonant characters. Park’s attention to framing and cinematography is mesmerizing, but everything is in service to character. Are Park’s stories good? Yeah, they’re amazing! But for me it was his ability to realize complicated, relatable characters through the chaos of bleak vengeance that made this such an exciting triple-feature. 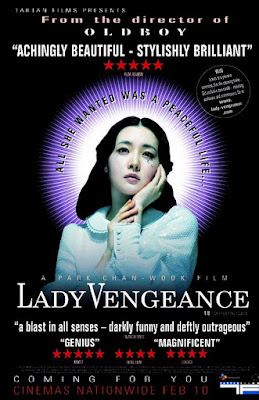 This mini-marathon was also the backdrop for one my 2022 Most Rewarding Moments—not in movies, but in MY LIFE. I was attending with my son, his girl, and a few of their friends; we unexpectedly found more of their friends at the theatre. This was provident, because I’d baked TWO kinds of cookies to share: Classic Chocolate Chip, and Korean Sesame-Seed. As the treats made their way down the row, I overheard my son tell a friend, “Yeah, so my mom really knows how to film-fest.”

Yes, “film-fest” can be a verb. Yes, I took this as a huge compliment! It made me feel that one of most dear ones understood me, respected me, could look right into my heart and was fine with what he saw there. We have tried to raise Jake as a movie kid but it’s more than just “we hope he loves what we love.” Being a real “Movie Kid” means looking up recipes on the internet so your snacks can complement the film. It means not being daunted by three sub-titled films in a row, and eventually forgetting that you’re reading at all. (Did I spontaneously learn Korean? MAYBE.) It’s feeling at the end of it like you know everyone in the theatre, at least just a little bit, because you all watched the damn thing together and now you have it, and you think maybe you should all just all exchange numbers so you can do it again next weekend with a new set of films. I don’t care if Jake loves the movies I love; I just want him to love MOVIES.

I don’t think I’ve yet had moments in my new home state where I’ve felt more myself than there at the Aero, in the dark, waiting for the next film to start. I was watching movies with some of my favorite people—plus new friends, old friends, snacks, redemption, and snatching hope from the black and pitiless void of space. I want a 2023 crammed with these things, and I want that for you, too, Fellow Film-Lover.

Let us know how it goes.
Posted by Patrick Bromley at 12:00 PM