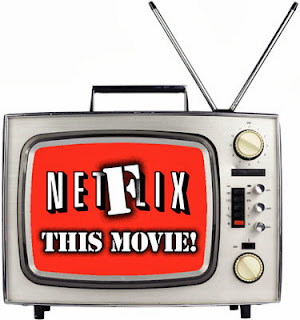 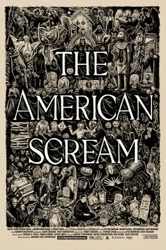 Adam Riske: The American Scream (2012, dir. Michael Stephenson) If you're like me and having trouble waiting for Scary Movie Month, this should tide you over a little bit. It's a slight but fun documentary (from the same guy who made Best Worst Movie) about three separate Massachusetts families that build elaborate home haunts every Halloween. Patrick (Era) and Doug (Era) will have a field day with the accents (Era). One is a perfectionist with aspirations of one day opening a professional haunt, a second is just as elaborate but more relaxed and the third is a father-son clown duo with a less skilled approach to building their haunt. Nothing profound, but just a nice movie that gets you in the Halloween mood while you make your mental checklist of stuff you have to buy this year at Party City. 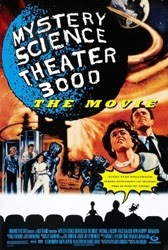 Erich: Mystery Science Theater 3000: The Movie (1996, dir. Jim Mallon) An odd choice for this site, perhaps, since MST3K: The Movie is essentially a big budget episode of a TV show. Not only that, the movie they "riff" (in MST parlance) is a chopped to hell version of This Island Earth, a Universal sci-fi flick I bet a bunch of you would rather watch instead. Oh, and the whole thing—movie and host segments—adds up to a measly 75 minutes. The best reason to check out Mystery Science Theater 3000: The Movie besides the hilarity, though, is to see what happens when studio interference spirals out of control (the full story can be found on Shout! Factory's packed-with-extras Blu-ray). In 1996, this wasn't the movie anyone wanted it to be. Nearly 20 years later it's a fascinating, and very funny, time capsule. 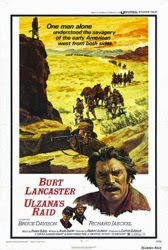 Heath Holland: Ulzana's Raid (1972, dir. Robert Aldrich) This 1972 western stars Burt Lancaster (who makes acting look effortless) and Bruce Davison (lately of Lords of Salem) as an old wilderness tracker and a naive young army lieutenant on the trail of a group of Apache warriors that are murdering their way across the desert. This is the sort of revisionist western that thrived in the years after spaghetti westerns changed the playing field and brought more ambiguity to typical western fare. This West is ugly and savage, with no clear line between the good guys and the bad guys. It's shockingly violent and disturbing; not in the fun style of Django, but in the way that made me seriously squirmy and uncomfortable. Witness a man committing suicide rather than be captured by the Apache who are chasing him, only to have his insides carved out and tossed back and forth like a football. The deaths, when they come, are usually preceded by torture. Women are raped. There are horse stunts that I can't believe were performed without harm to the animals (though I can't say for sure). But in spite of, or rather because of, these things, Ulzana's Raid succeeds in showing the West as an often lawless, heartbreaking land where black and white all fade to gray. It's powerful and upsetting, but it's also unforgettable. I can't stop thinking about it. 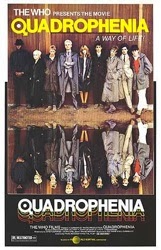 JB: Quadrophenia (1979, dir. Franc Roddam) Why, lookee here. Me and this film go way back!

Based on the 1973 concept album by the Who, this is a terrific film about the short-lived "Mods Vs. Rockers" gang fight phenomenon in mid-1960s England.Phil Daniels plays Jimmy, a young boy with a bleak future who is obsessed with his motor scooter, pills, and rock and roll. Sting makes a cameo appearance as the rebel "Ace Face," who Jimmy aspires to be. The film also features a very young Ray Winstone (The Departed, Hugo) at the beginning of his career.

I screened this film my first year teaching at a school district arts festival devoted to "Youth on Film." The Dean of Students barged into the screening, just as the Ray Winstone character was taking a bath, and ordered me to shut off the projector. I said, "You can't be serious. Let's go to your office and talk about this." He said, "None of your bullshit. You're going to turn off that goddamned projector." This was 1985. The lights came up in the theater and all the students just stared at each other-- they had been given a first-hand taste of small-minded censorship. Then one of the students called the press. I was featured in the local papers for almost two weeks -- I thought I was going to lose my job. For years afterward, I was known in the district as that smart-aleck troublemaker who showed that dirty film.

The next day my boss, the Chair of the English Department, brought in black material, and we made armbands to protest the death of intellectual freedom in the district. At lunch, the Dean who had shut off the projector made us take them off.

I am still teaching in the same school district almost thirty years later. Ah, memories. This is one terrific film. 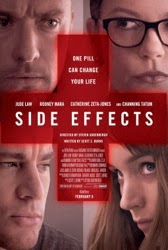 Mark Ahn: Side Effects (2013, dir. Steven Soderbergh) Adam Riske wrote about it earlier this year, so I won't try to step on his shoes too hard, but I liked this unintentional throwback to '90s thrillers like Jade (which is also on Netflix), because nothing really says "'90s" like "Catherine Zeta Jones." The only difference between this and movies like Jade is that Side Effects is good, although it could make an interesting double feature. 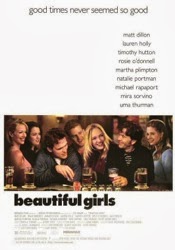 Patrick: Beautiful Girls (1996, dir. Ted Demme) I loved this movie when I saw it in 1996, as I was young and the world was filled with possibility both romantic and otherwise. Great cast, lots of likable performance, a terrific sense of snowy place, excellent music and, of course, Natalie Portman in the role that would make all of America feel bad about developing a crush on a teenager who was wise beyond her years. I have no idea if the movie holds up now, because I suspect it falls prey to a lot of mid-'90s overwriting. I don't care, because we'll always have those scenes with Timothy Hutton and Natalie Portman in the front yard.
Posted by Patrick Bromley at 7:34 AM