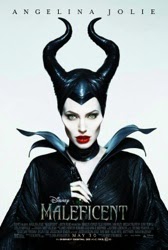 What a strange movie.

Maleficent is interesting. It’s not a good movie, but it’s also not a bad one. Thankfully, it’s also not the oppressive slog that Alice in Wonderland and Oz the Great and Powerful were. Maleficent is better than that. The movie is at times subversive as well as quiet, sincere and sweet.

But the movie is often flat and lifeless for much of its short 97 minute running time. It has little sense of which tone it wants to have. At times, Maleficent feels similar to The Chronicles of Narnia (can we put a moratorium on medieval armies please?), then Rob Zombie’s Halloween, then Ella Enchanted, then Avatar (the night time sequences in the Moors looks awfully close to Pandora), then Frozen and, after that, Edward Scissorhands. I have little idea who this movie is for and what it is trying to accomplish.

The screenplay is Maleficent’s biggest issue, with a story that is all over the place. It starts out similar to Rob Zombie’s Halloween in that we learn how evil was born. But oddly enough, Maleficent is not all that evil despite the ominous music that plays when she appears or even the movie telling you explicitly that she’s a villain. I think she’s rather sympathetic, and the movie seems to as well, which is confusing. In any event, Maleficent is meant to be the character’s untold origin story showing us the betrayal that made her so cruel. Maleficent is driven by revenge after the soon-to-be king Stefan (Sharlto Copley, who, when clean shaven, resembles Michael Bay), who was Maleficent’s childhood friend and boyfriend, drugs her (yes, I said drugs her) and burns off her wings as she’s sleeping. That’s one part of the story -- the pseudo-rape/revenge exploitation movie.

The rest of the movie deals with the revenge and its implications. The revenge is the classic Sleeping Beauty curse Maleficent puts on the king’s daughter Aurora (Elle Fanning) in which she’ll fall into an endless sleep at the age of 16, only to be awoken by true love’s kiss. As Aurora ages, Maleficent spies on her, which eventually turns into looking out for her out of love. Regretting her curse, Maleficent tries to undo the spell she placed on Aurora.

Angelina Jolie is supposed to be the whole show as Maleficent, but I don’t think it’s one of her better performances. She comes across as one-note, which may suit the character but as the main protagonist/antagonist of the movie it leaves you feeling a bit empty. Her usual range of emotion is dulled. The makeup (by Rick Baker) and costume design of Maleficent is pretty great, though. If you are a fan of cheekbones, you’ll be in heaven. She looks hot, yo. 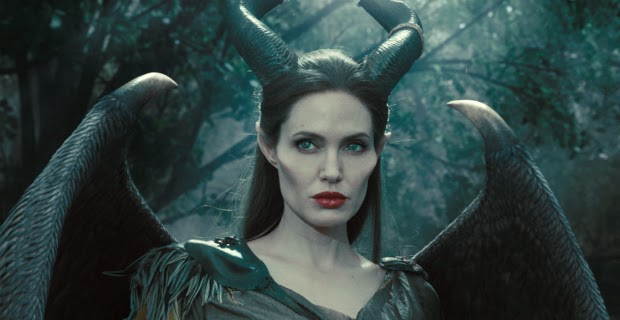 The rest of the performances fail to make an impact. Sharlto Copley is not terrible, which is an improvement over his recent performances in Oldboy and Elysium. So, good job? The usually great Elle Fanning is all wide-eyed gee-whiz without much else to play. Sam Riley is fine as Maleficent’s species-shifting companion Diaval, but it continues my disappointment with this actor because he was so good in the Joy Division biopic Control a few years ago and now he’s in Maleficent playing a crow that turns into a man. The cast is rounded out by three fairies played by Imelda Staunton, Juno Temple and Lesley Manville. They act as if they are straight out of a ‘60s Disney movie and look creepy as fuck -- like the Steven Tyler elves in The Polar Express. 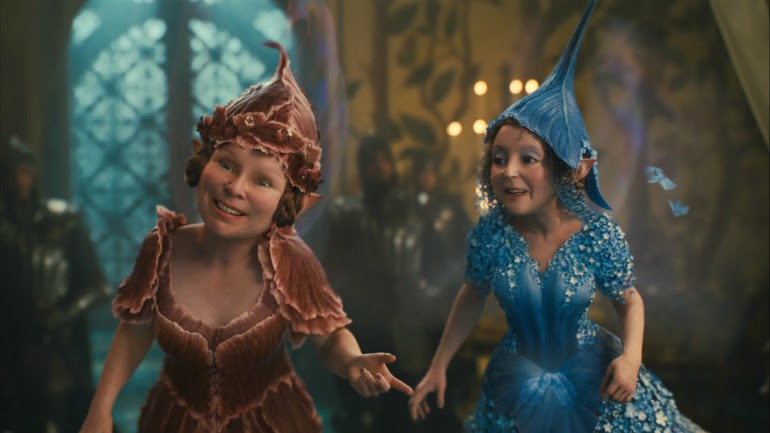 Maleficent is the directorial debut of Robert Stromberg, who was once a production designer and is the visual effects supervisor on movies including Avatar, Alice in Wonderland and Oz the Great and Powerful. Unsurprisingly, the visual storytelling is where Maleficent succeeds the most. The imagery does most of the heavy lifting, while the script doesn’t offer much other than functional dialogue. He also hasn’t mastered mood all that well, as the movie is feather light at times and gothic at others. You never get a sense of the type of movie he wants to make.

I mentioned earlier that I didn’t know who this movie is for. The audience I saw Maleficent with consisted of mostly families. The younger kids seemed to enjoy it. In fact, one girl was so into it that when the prince was about to kiss Aurora but backed off for a second, she yelled “KISS HER!!!!!” But the themes and subject matter are a bit advanced for young girls. Do parents want to explain that Maleficent did what she did out of being a woman scorned by the assault of a man who used to be her friend? 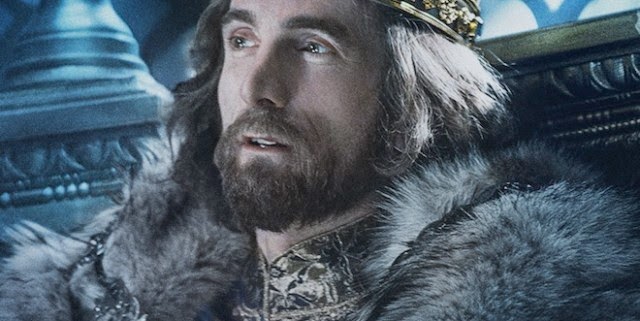 So where do I finally stand on the movie? It is better than I thought it would be. I’m more on board with it then not. I admire that it tries to understand why Maleficent is the way she is. I was surprised with the depth the movie afforded the character, giving weight to her choices and backstory even if it raises, perhaps unintentionally, rather adult themes.

What a strange movie.
Posted by Patrick Bromley at 11:44 AM