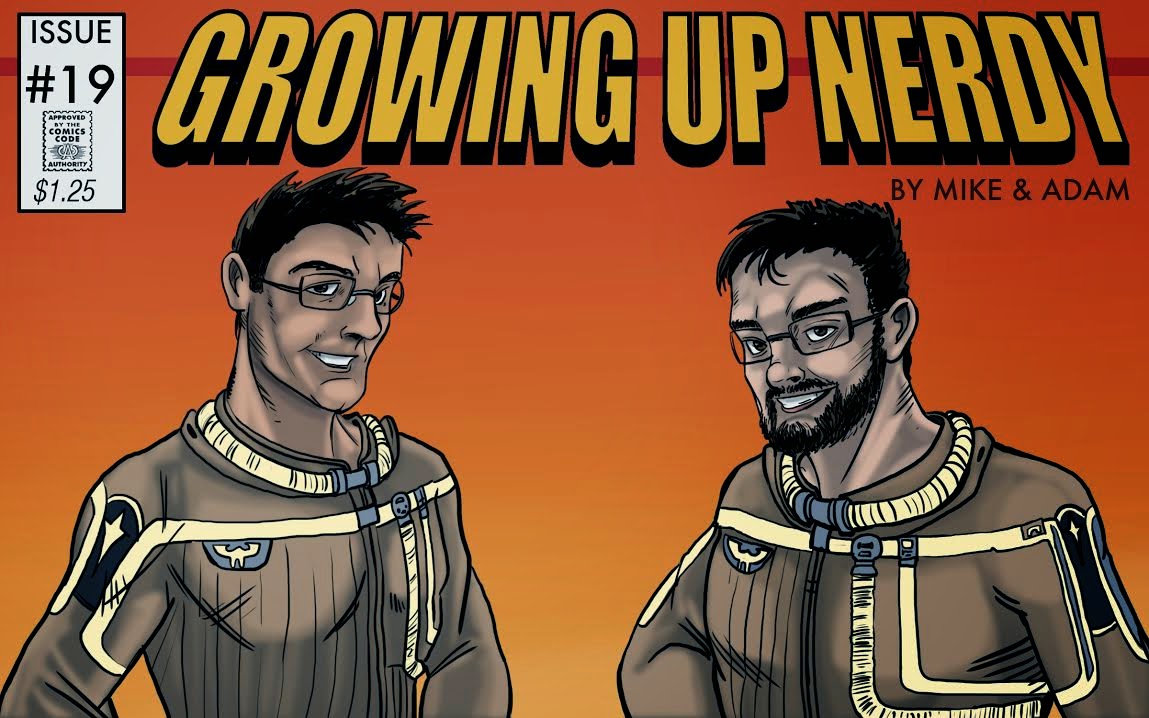 The Nerdy Boys are turning your favorite movies into comic books!

Dear Growing Up Nerdy,
I saw your appearance on The Tonight Show last week.  I’m glad they bumped Howard Stern to put you on! Anyway, with all of these movies coming out based on comic books, are there any movies that you would like to see made into a comic?

Mike: I really have to think about which film property that currently does not have an expanded universe through comic books or books or video games would I want to see as a comic book series. For the most part, we’re pretty lucky in that franchises like Star Wars, Star Trek, Aliens, and Planet of the Apes have had stories from their universe told through comic books throughout the years. Even horror franchises like Halloween and A Nightmare on Elm Street have gotten the comic book treatment. Big Trouble in Little China is two issues into a sequel of sorts in comic book form, while Clive Barker’s Nightbreed is at your local comic book store as well. There are a lot of options out there for us to see continuing adventures of some of our favorite film characters in the pages of comic books. As for movies I think would make an interesting series that we haven’t seen yet…

The Lord of the Rings: I’m sure this is sacrilegious to a lot of Tolkien purists out there, but outside of the books and some video games, I don’t think there’s much out there in terms of an expanded universe. Tolkien created such a rich, detailed history of Middle-Earth and the possibilities of telling stories in that world seem limitless. While I’d dig seeing an Aragorn series or early adventures of Gandalf, I’d really like to see stories involving characters and races that we haven’t had the pleasure of meeting to date. I would bet some top level fantasy writers might jump at the chance to create stories for Middle-Earth and the launch would be big. 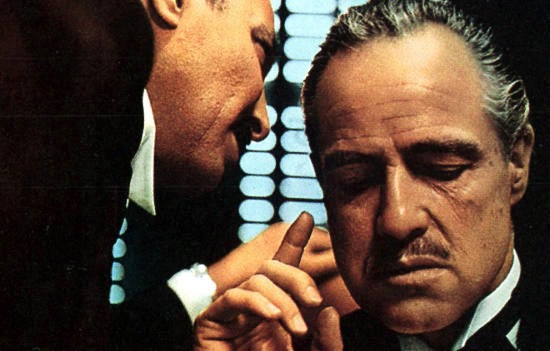 The Godfather: This one I’m going to be very specific about as far as a creative team. Greg Rucka and Ed Brubaker are terrific at telling dark crime stories. Either from the point of view of law enforcement or the criminals, Brubaker and Rucka always manage to tell engaging and realistic stories focused in and around the world of crime. Maybe there are more appropriate properties for them to tackle than the Godfather franchise, but it was the first thing that popped into my head. Mario Puzo, Francis Ford Coppola and company helped create a world that is so fascinating, that the thought of seeing more stories about these characters and their lives excites me.

The Outlaw Josey Wales: Like westerns in the cinema, western comic books are hard to come by nowadays. Every once in a while they’ll pop up, like Garth Ennis’s Streets of Glory, but it’s been a while since we’ve had an ongoing western comic book series. I would love to see that changed, and there may be no one better than the aforementioned Garth Ennis. Westerns and war films have had a very big influence on Ennis throughout his career and it shows in his work. He of course has done straight war books like War Stories and Battlefield, but he’s also scratched the western itch as well. Besides Streets of Glory, I’d argue that Ennis' masterwork, Preacher, is a western. And the Saint of Killers is a thinly veiled Clint Eastwood-like character. Ennis has stated that The Outlaw Josey Wales is one of his favorite movies, so to see him telling the brutal, revenge-driven story of Wales through a run of M-rated comics books would make me very, very happy. 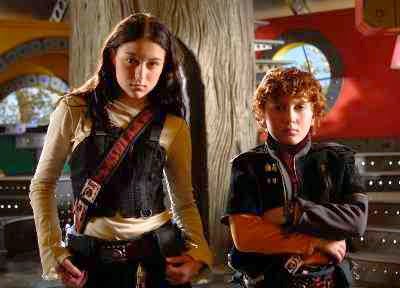 Spy Kids: Rag on Robert Rodriguez all you want (you all do it), but the Spy Kids films (the first two at least) are a lot of fun. I have a six year old daughter that LOVES them and I think a Spy Kids comic book would be a blast. I’d love to see someone like Peter David tackle Spy Kids, bringing into it the same all-ages storytelling he brought to a book like Young Justice. I’ve written before about how my daughter shows some interest in comic books and I’d love for her to have more options.

Adam: I’d have to agree with my counterpart that almost everything good in cinema has already been turned into a comic. Look at it this way: I love Prince. I wonder if they make any Prince comic books? You better believe it, and I own them…. proudly. So when you start thinking of movies that need to be continued through comics, the list gets pretty short, but I came up with a few.

The Last Starfighter:  This remains one of the only movies in history that I would like to see re-made. The movie is amazing and it’s safe to say that the special effects do not hold up very well. I know that you’d have some story problems with the arcade game aspect, but change it to online games and I’d see that. One of the things I love about that movie is it establishes this universe that makes sense even though we don’t spend much time in it. I’d love to see an ongoing story, whether that tells stories in that universe or that continues to follow Alex Rogan. I’d also like to see a comic version of Catherine Mary Stewart, because I’m running out of masturbation material. And BTW, I know at least one of you wants to let me know that there is a Last Starfighter comic, but all that did was re-tell the movie. 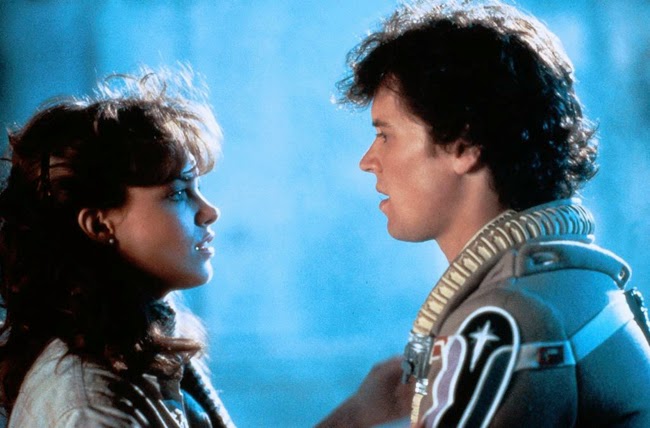 Kill Bill: Much like The Last Starfighter, there are already a few comics out there all retelling the movie. Which begs the question HOW IS THERE NOT A COMIC?! Seriously, folks, there is SO much to choose from. I’d watch a movie with any of these characters. Samurai sword, assassins, revenge...it has everything. These comics will practically write themselves. Will someone please get on this already?

The 'Burbs: I am on record as saying that Ray Peterson is one of the fictional characters I’d love to get drunk with. I will now go on record as saying this is one of my favorite comedies ever. Here’s the thing (and a HUGE SPOILER ALERT for those of you who haven’t seen The 'Burbs – but if you haven’t WTF?): at the end SPOILER they open up the trunk to the Klopek’s car and it’s full of bones -- more bones than there are murders in the movie.  I love the Klopeks and think a movie about their other murders would be great.

Back to the Future: Calm down, calm down everyone. I know the idea of fucking at all with Back to the Future is sacrilegious here in F This Movie! Land. So before you kick me out of Camp F This Movie!, hear me out. The last time we see Doc Brown, he’s got two kids, wife, dog, and a flying train. There is a cornucopia of stories to be told here. I’d check in every month to see what adventures good old Doc Brown is up to. Plus, it’s time. There is no end to the number of stories that can be told. 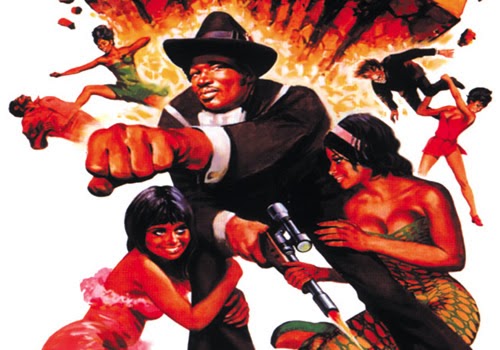 Dolemite: As I’m sitting here writing this, I’m beginning to wonder who I can contact to green-light a Dolemite comic. Let me give you a quick plot of the movie if you haven’t seen it: Dolemite is a 1975 Blaxsploitation film about a pimp who knows karate/kung-fu and spends his time beating up dirty cops. He has a crew backing him up made up of a gang of women who call themselves the “call girls” and also know karate. The movie itself is super fun and doesn’t take itself very seriously (star Rudy Ray Moore started out as a stand-up comedian). If this doesn’t sound like an amazing comic, you, my friend, are on drugs.
Posted by Patrick Bromley at 6:00 AM