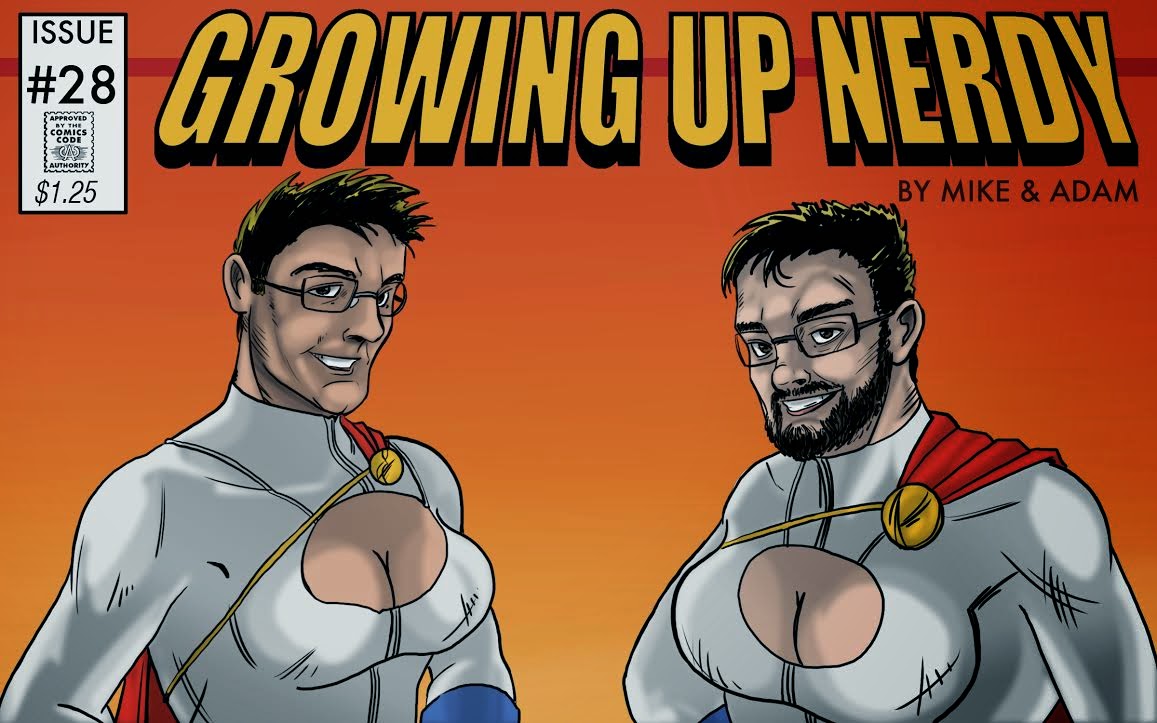 The Nerdy Boys are back and they're being awfully choosy.

My friend and I argue on occasion because I’ll want to put in a movie to watch just one scene. My friend wants to watch the entire movie, but I don’t see the point in eating a shit sundae to get to the cherry when I can just grab a cherry. Anyway, I was wondering if you have any movies that you didn’t like, but love one or two scenes?

Mike: I was going to steer clear of horror movies for at least one more week, but Scary Movie Month seems to come earlier and earlier every year, so in the immortal words of the Anchorage, Alaska reporter that quit on air last week: fuck it.

For a bad movie with a scene I like, I think first of the Saw movies. For a full breakdown of my love (?) of the Saw franchise, please listen back to the very first horror franchise Patrick and I ever f’d for Scary Movie Month. But for the purposes of this answer, let me briefly give a recap.

I saw (ha!) the first Saw when it was released in theaters and I was really excited to finally check it out. I had read great things about it, and when a horror film starts getting a lot of positive buzz, my ears perk up. I sat in the theater opening weekend with my nerd life partner, Adam, and grew to be pretty disappointed by the time Saw had finished. It was poorly written, the acting was even worse, and it had a twist that I found ridiculous. What a bummer.

The next year I decided to give Saw II a shot, however I thought that was even worse than the first film. I was done with this franchise. Fast-forward four years, after the release of Saw VI, to when Patrick told me to give the movies another shot. He couldn’t argue that they were good movies, but he said they’re nothing if not interesting. I rented Saw III one night and for the first 90 to 95 minutes of its 108 minute running time, it was more of what Saw II had to offer. This wasn’t going to work. Then the last 10 minutes or so things got so bat shit crazy that I had to see Saw IV. Without going into great detail (I honestly think people should check it out), I will say (SPOILERS!!) that Jigsaw dies. They killed off their main bad guy with four movies to go. Ok, Saw, with that one scene, you have my attention. 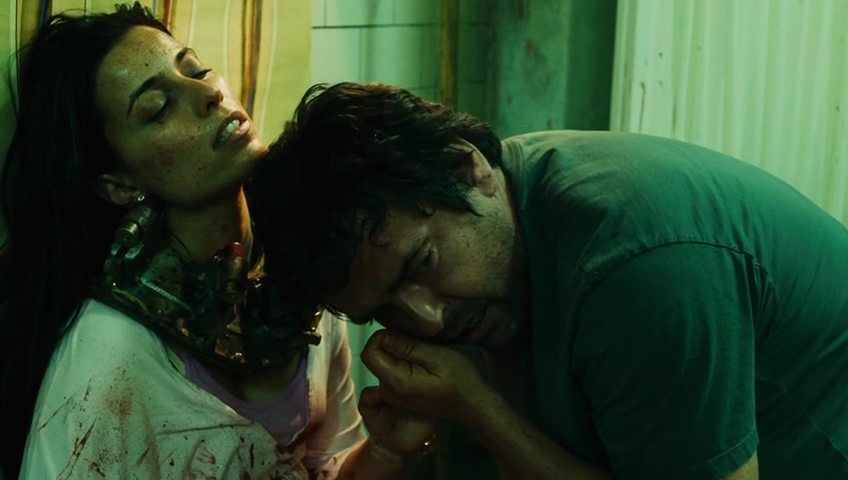 After going back to the first Saw movie, watching the five sequels and recording a podcast on my newfound love of the Saw franchise, I was ready as ever for Saw VII, the final chapter in this ambitious story. Patrick and I went to Saw VII together, and ten minutes into it Patrick turned to me and whispered, “We’ve made a mistake.” Saw VII sucks balls.

It was such a bummer, especially coming off of Saw VI, which I think is the best entry in the Saw series. There was one scene, however, that I liked. It involves a Jigsaw flashback (or, more accurately, a John Kramer flashback), where we see him confront an author at a book signing falsely passing himself off as a survivor of Jigsaw’s games. While the scene itself isn’t a great moment in cinematic history -- or even a great moment in the Saw franchise -- it did provide us with a Tobin Bell performance, which is one of the things I love most about the previous films. Those few minutes that Bell was onscreen felt like a chance to breath, a reprieve from the dreck we had been sitting through and are about to sit through again. I haven’t seen Saw VII since opening night and the ONLY thing I remember about that fucking film is Tobin Bell showing up to loosen, all too briefly, this trap from which the audience cannot seem to escape. 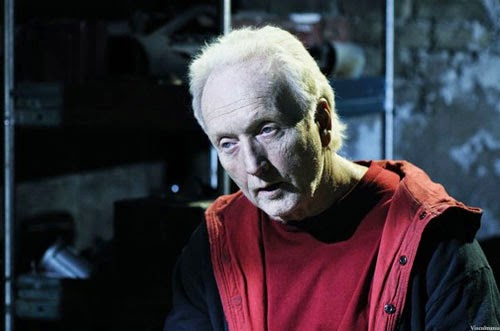 Adam: I know that it goes against everything that my friend Mike and Patrick stand for, but I’m totally that guy who will put on a movie just to watch one scene. I’ve done this plenty of times with bad movies — and Target hasn’t helped the situation. Fantastic Four: Rise of the Silver Surfer for $5? There is at least one scene in that movie that is worth $5 to me as long as I can skip through Reed Richards dancing and Galactus Cloud.

I actually came up with a HUGE list for this so I decided the best way to talk about it is just to list them. Before I do that, let’s be clear on something: you may not think the movie that I’m talking about is bad. Maybe you like Fantastic Four -- I don’t understand how you could -- but maybe we can agree to disagree on it. These are movies I particularly didn’t care for except for one scene that I thought was totally bad-ass!

Fantastic Four: Rise of the Silver Surfer: "Sky Chase Scene" - Right in the middle of Sue and Reed’s wedding, a very fast Silver Surfer drops by. Reed turns to Johnny Storm, who proceeds to jump of the building and screams “Flame On!” The next five minutes are a great chase scene between the Human Torch and Norrin Radd. 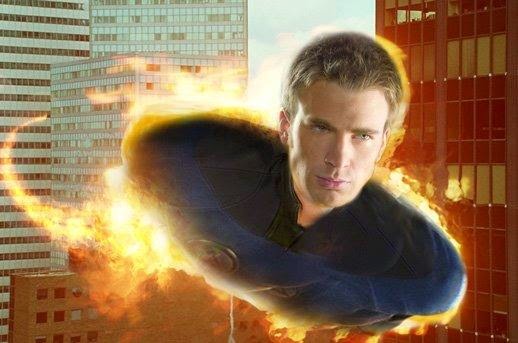 I Am Legend: "Will goes after his dog" - Towards the beginning of the movie, Neville’s dog Sam runs into a dark building filled with crazed mutants. The reason I love it is that it’s the first time you see the mutants before you realize they’re shitty CGI. The best part is how scared Will Smith is in that scene. I just remember my heart pounding watching it in the theater.

Star Trek V: The Final Frontier: "McCoy’s Past" - Most of these I thought of are super fun; this one is actually very depressing. While having his mind probed, McCoy is confronted by what happened with his father years ago. Star Trek V is not a good movie, but if you are a Trek fan, you don’t get much of a window into any of the characters past, let alone Bones.

Sword & the Stone: "Merlin vs. Mim" - I love animated movies… I don’t like the Sword and the Stone. As far as Disney standards go, I think it’s one of the poorest animated movies they’ve ever done. With that said, I love the Merlin vs. Mim duel. Both of them continue to battle each other by turning themselves into different animals. So great and so much fun.

The Boondock Saints: "Retelling the Crime Scene" - In a movie that seems to rip off everything that makes it a movie, the part where Defoe remakes the crime scene while we see the shootout happening at the same time is a great, original scene.

G.I. Joe: The Rise of Cobra: "Suit Chase in Paris" - Oh, how garbage is this movie...let me count the ways. G.I. Joe is as bad as movies come, with the exception of the supersuit chase scene. In order to combat Cobra, the Joes are given very expensive suits that allow them to move at a super fast speed. That part was so much fun to watch in an otherwise shit movie.

Ghostbusters II: "Digging a hole" - In an attempt to figure out what is going on under 1st Avenue, the Ghostbusters dig a hole in the middle of the street. The actual hole and slime is terrible but what I adore about that scene is Bill Murray whose job is just to come up with excuses on why they are digging the hole.

The Village: "Invasion" - In the middle of the movie, before we know what is going on, the “creatures” invade the village. All the residents run into their houses as the beasts run through the town terrorizing everyone as they cower and hide. Then the big “reveal” happens and all that greatness is spoiled.

Star Wars Episode II: Attack of the Clones: "Yoda goes off" - This is the definition of “skip to the scene” in my book. Episode II is terrible, especially with all the awful Padme/Anikin crap that makes my head hurt. That final scene, where you see Yoda’s shadow appear to save the day and eventually see Yoda be a “Jedi Master” is epic. I can watch that scene over and over.

Terry Crews: Just about every movie he’s ever done - While he’s done some really great TV shows, Terry Crews has done some absolutely, top shelf, shitty movies. Even though he is surrounded by trash, he manages to usually be the only shining light in the darkness. Watch The Expendables or White Chicks if you...no, on second thought, don’t watch White Chicks. 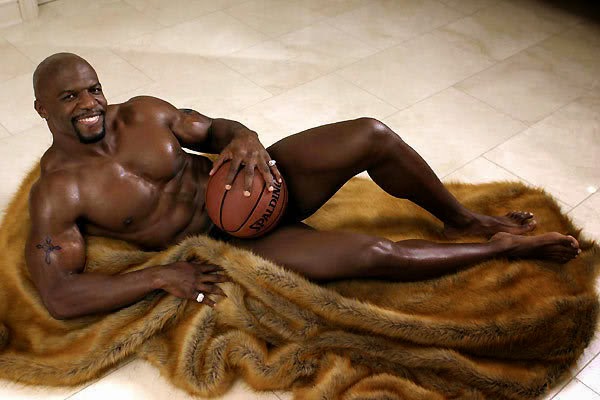