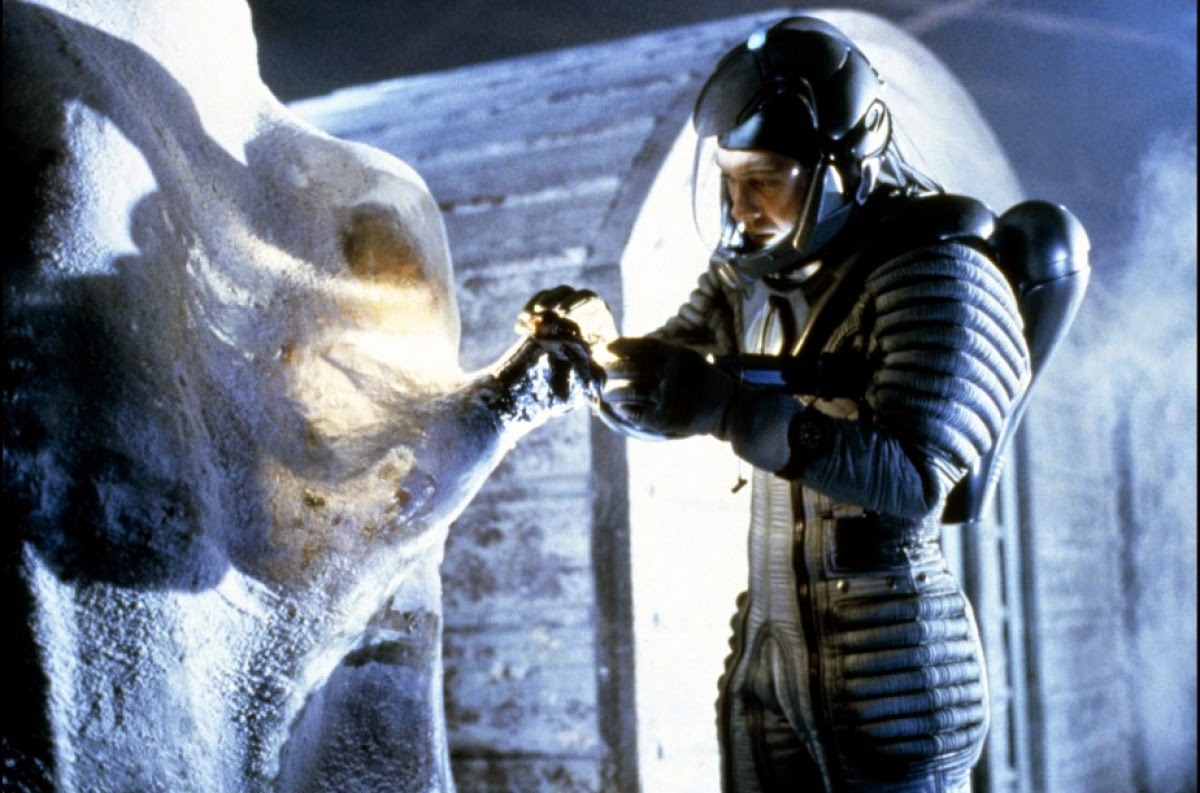 In space, no one can hear you question my taste.

With the release of Interstellar this week (most polarizing movie of the year? Or MOST polarizing movie of the year?), it seems like a good time to talk about some of my favorite outer space movies that a lot of people might not like -- you know, like Interstellar. I hesitate to call these movies "underrated," because I'm not sure I can make a case for some of them as being objectively good. I can only make the case that I really like them.

Obviously, these aren't the best outer space movies, because who wants to read a list that's all "Star Wars this" and "Right Stuff that?" Most of us can agree on those. The movies on this list could all use a little extra love. 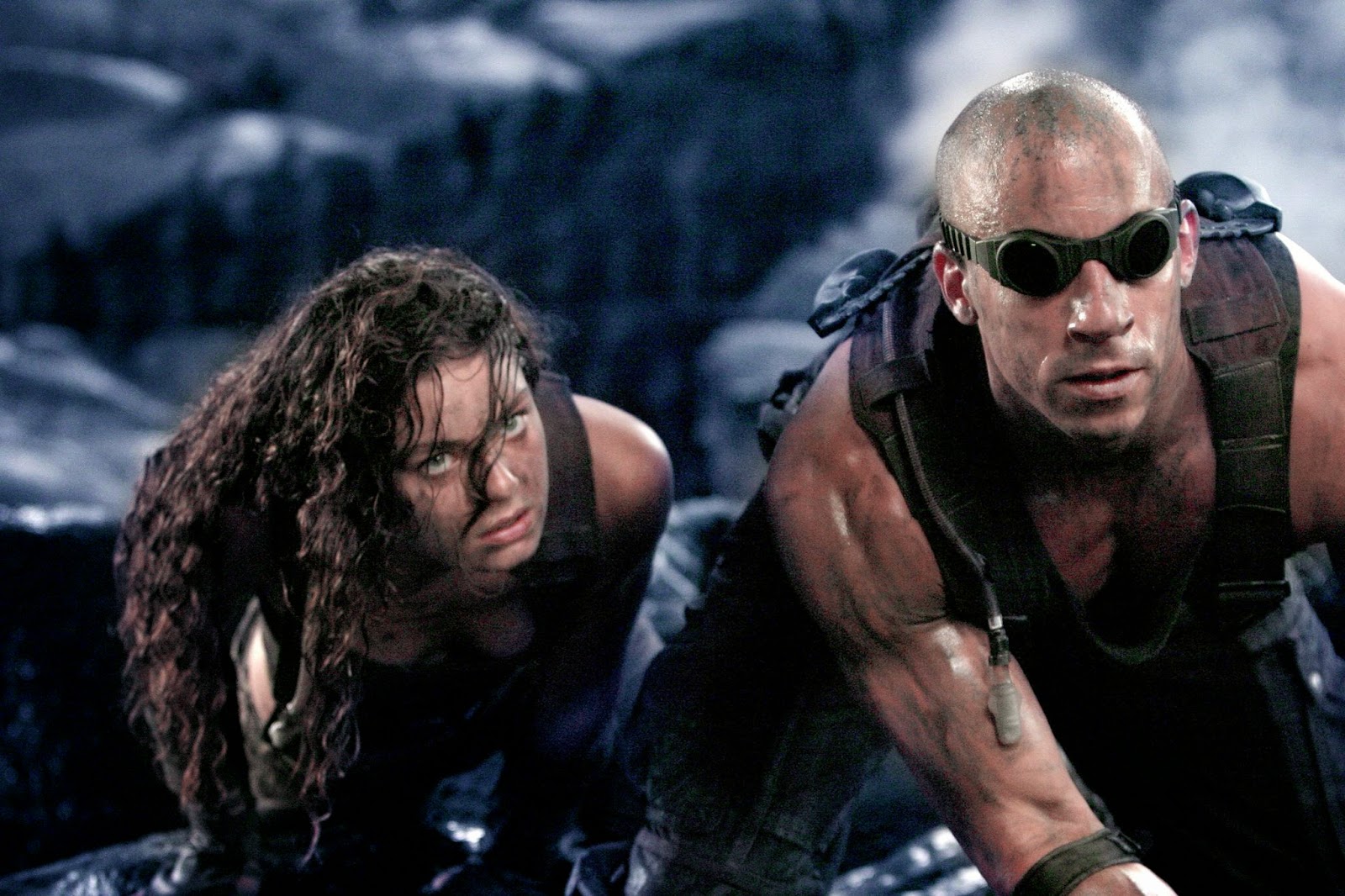 1. The Chronicles of Riddick (2004) Sure, everybody likes Pitch Black. It's a cool movie. Last year's Riddick was generally well-received, too. The bastard stepchild of the Riddick series is 2004's Chronicles of Riddick, writer/director David Twohy's bloated, self-serious attempt at turning his lean, tight little franchise into something epic. Rather than just focusing on Vin Diesel's Riddick, the sequel introduces several new and overqualified cast members (including Colm Feore, Karl Urban, Thandi Newton and DAME JUDI DENCH) and a lot of ridiculous teen-fantasy shit like NECROMONGERS and CREMATORIA and ELEMENTALS and THE UNDERVERSE. It's more than a little silly, made even sillier by how deadly seriously the movie attempts to treat it. But even at the time of its release, I liked how much Twohy had tried to establish an entire universe (complete with different planets and races and religions) in a two-hour span and the movie contains a few cool set pieces. Mark Ahn and I have bonded over our inexplicable ability to rewatch this movie whenever it's on. 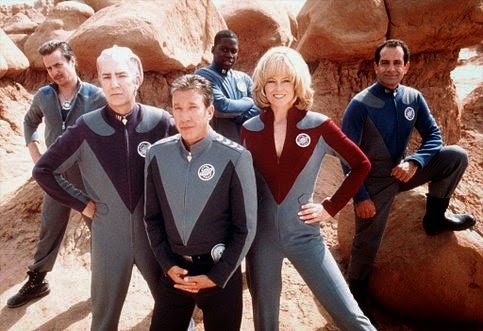 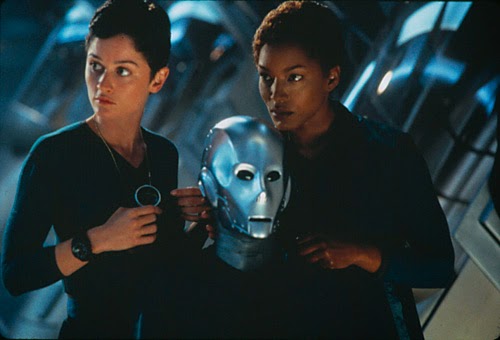 3. Supernova (2000) Arguably the most controversial inclusion on this list. Supernova is a mess for which I can barely defend my affection. How big a mess is it? Even the filmmakers took their name off it. The movie began life as a Walter Hill film; he quit and Jack Sholder (he of "I didn't know my Nightmare on Elm Street sequel was gay" fame) came in to do reshoots. When even that didn't do the trick, fucking Francis Ford Coppola came in to recut the movie in some hopes of salvaging it. The movie was ultimately dumped to theaters in January (the black hole of release windows) with direction credited to the pseudonymous name Thomas Lee. For some reason, I still kind of like the movie. Maybe it's the cast, which includes James Spader, Angela Bassett, Robin Tunney, Lou Diamond Phillips and Robert Forster. Or maybe it's the trippy production design, or the fact that it turns into a really stupid stalk-and-slash monster movie by the end (like Event Horizon before it and Sunshine after). Supernova is getting a Blu-ray release courtesy of Scream Factory next year; maybe then it will be reassessed and everyone will stop looking at me funny. 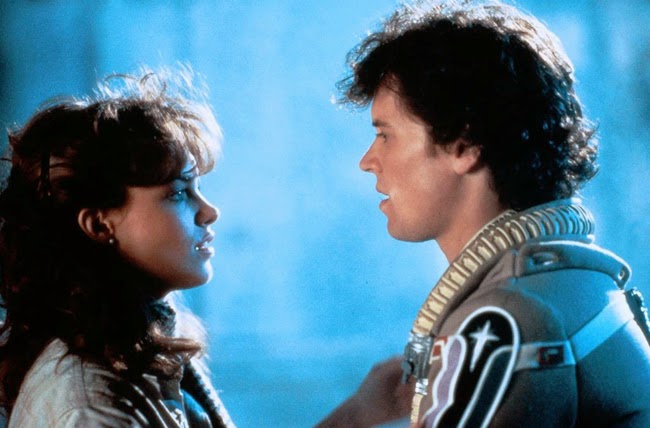 4. The Last Starfighter (1984) Between its kid-plays-arcade-games premise and its use of VERY early CGI effects, there are some people who might think Nick Castle's sci-fi adventure The Last Starfighter hasn't dated well. Those people are nuts. This is a sweet and sincere teenage fantasy in which being a geek makes you heroic and playing video games makes Catherine Mary Stewart love you. If I had known this any sooner I would have never put down the Atari (I also would have had to buy an Atari). The score is great, the cast is strong and the movie is so much fun. Few things make me happier than the last few minutes of The Last Starfighter. 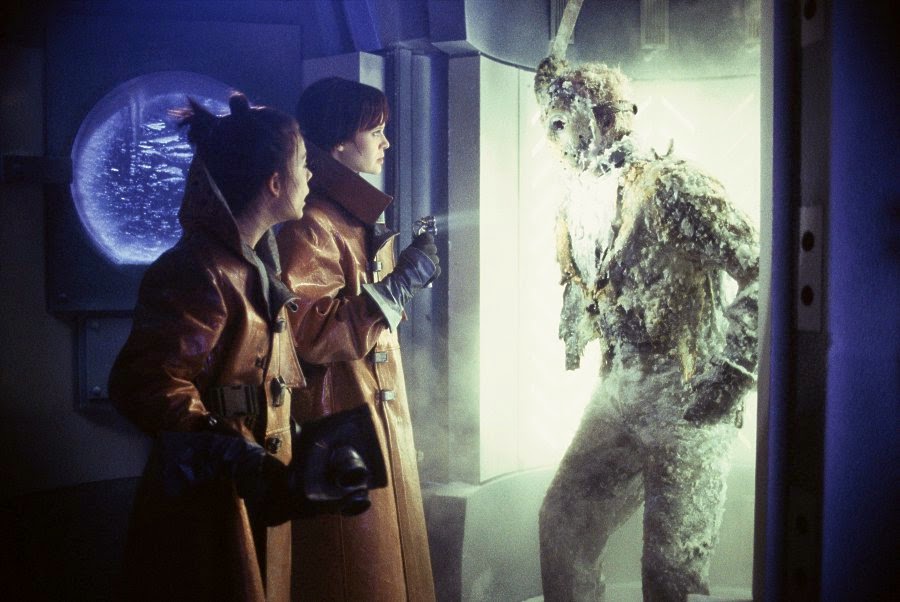 5. Jason X (2002) Until two years ago, I didn't really care for Jason X, the tenth movie in the Friday the 13th franchise. Then I watched it again for a #ScaryMovieMonth column and realized I had been wrong about it. I was hung up on the humor and thinking more of it needed to be winking and self-aware (because Scream), but revisiting it I realized that the humor was used just right (though Todd Farmer, who wrote the screenplay and plays a supporting role in the film, might not agree; I believe his script was changed in some big ways prior to shooting -- he was writing Aliens and not the goofy thing this ended up being). Not everything works, but a lot of it does. It may seem ridiculous to move the series to space, but no more ridiculous than bringing back Jason Voorhees for the ninth time (the real reason they did it was so as to not fuck up continuity for the then-still-in-development Freddy vs. Jason). The movie succeeds in injecting a little energy and fun back into the franchise. 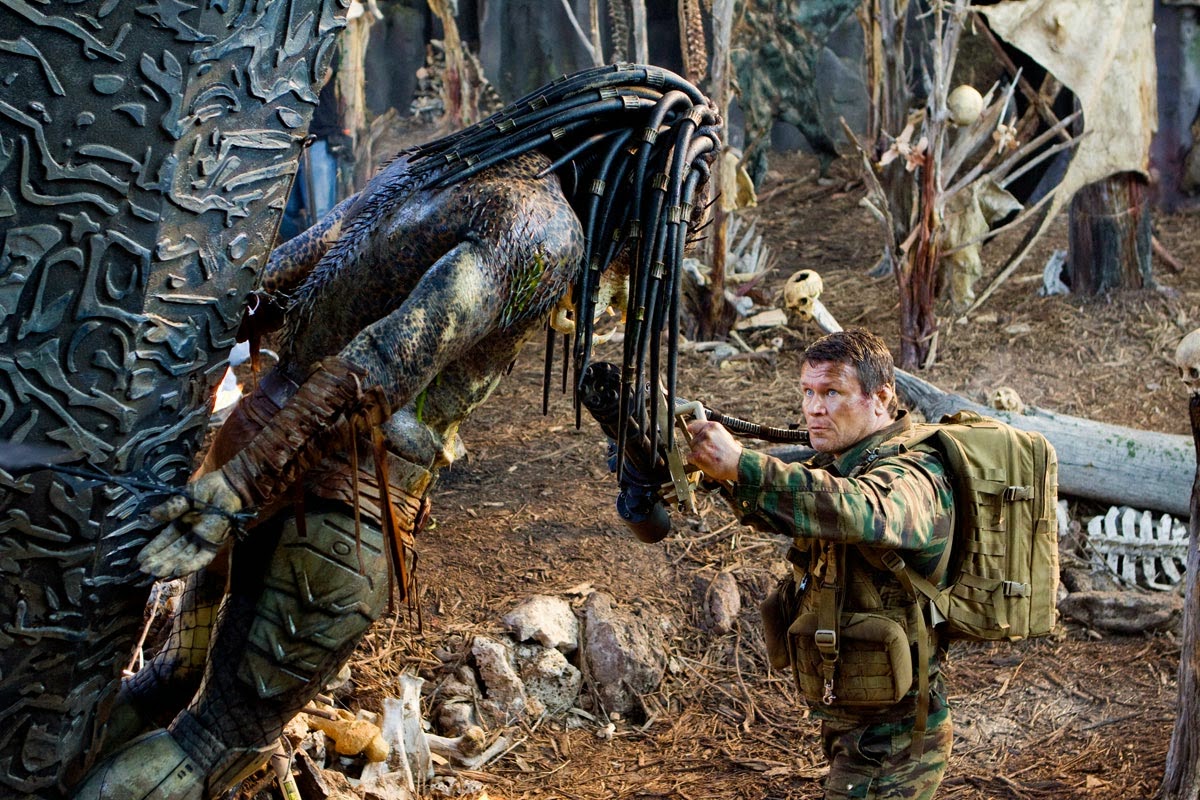 6. Predators (2010) When Robert Rodriguez first announced he was producing Predators, the first proper Predator movie since Predator 2 in 1991 (because I don't acknowledge those Alien vs. movies), it was made to sound like the Aliens of the Predator series (even the title is a direct copy) Predators is not that movie. For starters, there are, like, five or fewer Predators in the movie. For another, it lacks the non-stop action movie intensity of James Cameron's great sequel. There's plenty about the movie that feels like a missed opportunity -- the characters are all pretty generic (unlike the original Predator, in which they are all clearly defined badasses) and the actual Predator fights/death scenes are mostly lame -- but I dig the overall vibe of the movie and director Nimrod Antal's McTiernanesque approach to directing the action. The movie somehow manages to not be as good as it could have been while still being better than it probably ought to be. 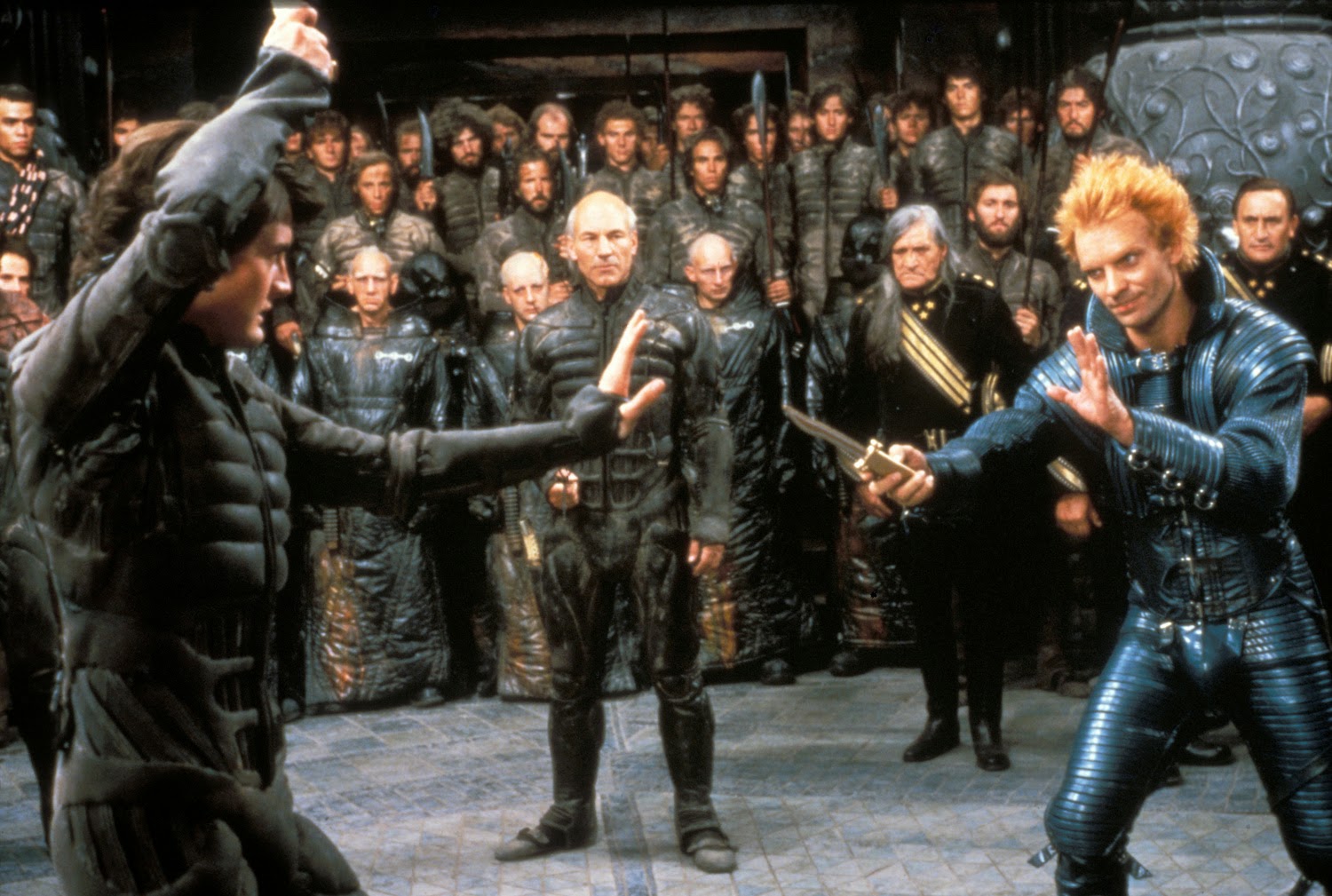 7. Dune (1984) I cannot defend my affection for David Lynch's adaptation of Frank Herbert's Dune, still considered by many to be the best science fiction novel ever written. I have tried to read the book on more than one occasion. Clearly I need to keep trying. I know that the movie ruins the book and that it basically makes no sense. I also don't give a shit. I like letting Dune wash over me as the ultimate ambitious failure -- a movie that never really stood a chance of working but which we must be appreciate for existing at all. It's such an odd mix of pieces that came together because the stars aligned, and while the resulting film doesn't work in a traditional sense I'd be lying if I said I don't love watching everyone try. There were plenty of outer space movies made in the '80s, but few of them are this weird and unique. 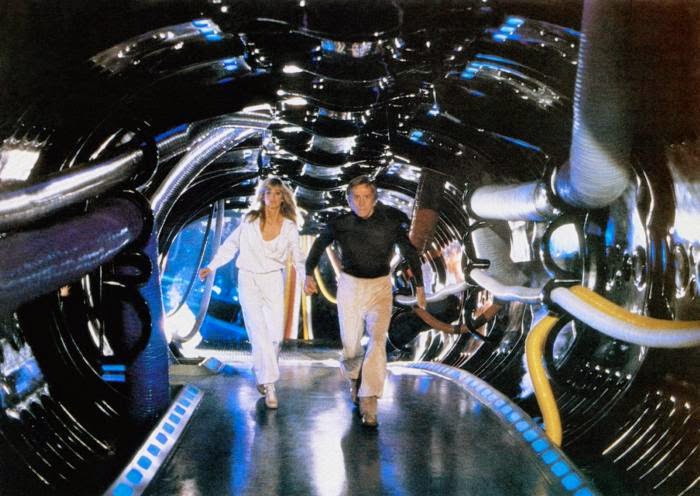 8. Saturn 3 (1980) I only recently saw Saturn 3, a science fiction B-movie starring Kirk Douglas, Harvey Keitel and Farrah Fawcett and directed by the guy who made Singing in the Rain, for the first time earlier this year thanks to Scream Factory's Blu-ray. It's...different. A homicidal robot wants to kill Kirk Douglas and fuck Farrah Fawcett (join the club, robot) because murderous Harvey Keitel links it with his brain. RIGHT? It's sci-fi horror on a smaller scale with elaborate production design that looks cheap and tacky. Naturally, I love it. 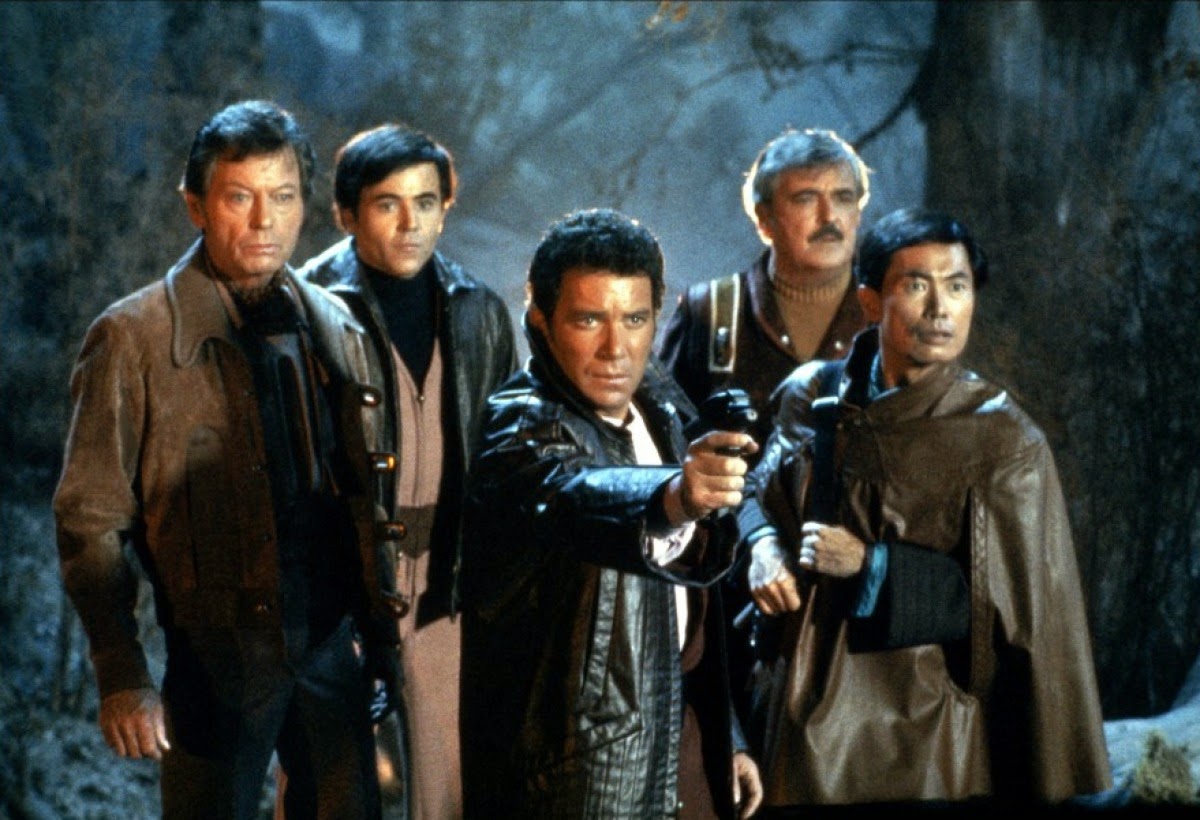 9. Star Trek III: The Search for Spock (1984) Yes, Star Trek II: The Wrath of Khan is one of the best science fiction movies ever made. No duh. It's immediate follow-up, released just two years later and directly following the events of the previous film, is often lumped into the "bad Trek" category, mostly because it's not nearly as good as Khan (nothing is) and because it fits the reductive narrative that all the odd-numbered Star Trek movies are bad. Don't get me wrong; Search for Spock has a ton of problems, chief among them that it exists entirely to undercut the single most significant even in all of Star Trek history (also Kirk's reaction to David's fate...and David's fate period). As a continuation of Khan, though, there's a lot of cool stuff: the Genesis planet is a big ball of nightmare, the stealing the ship stuff is cool and Christopher Lloyd makes for an entertainingly hateful Klingon. The movie works better if you watch it immediately after Khan; on its own, I'm not sure it can support itself. 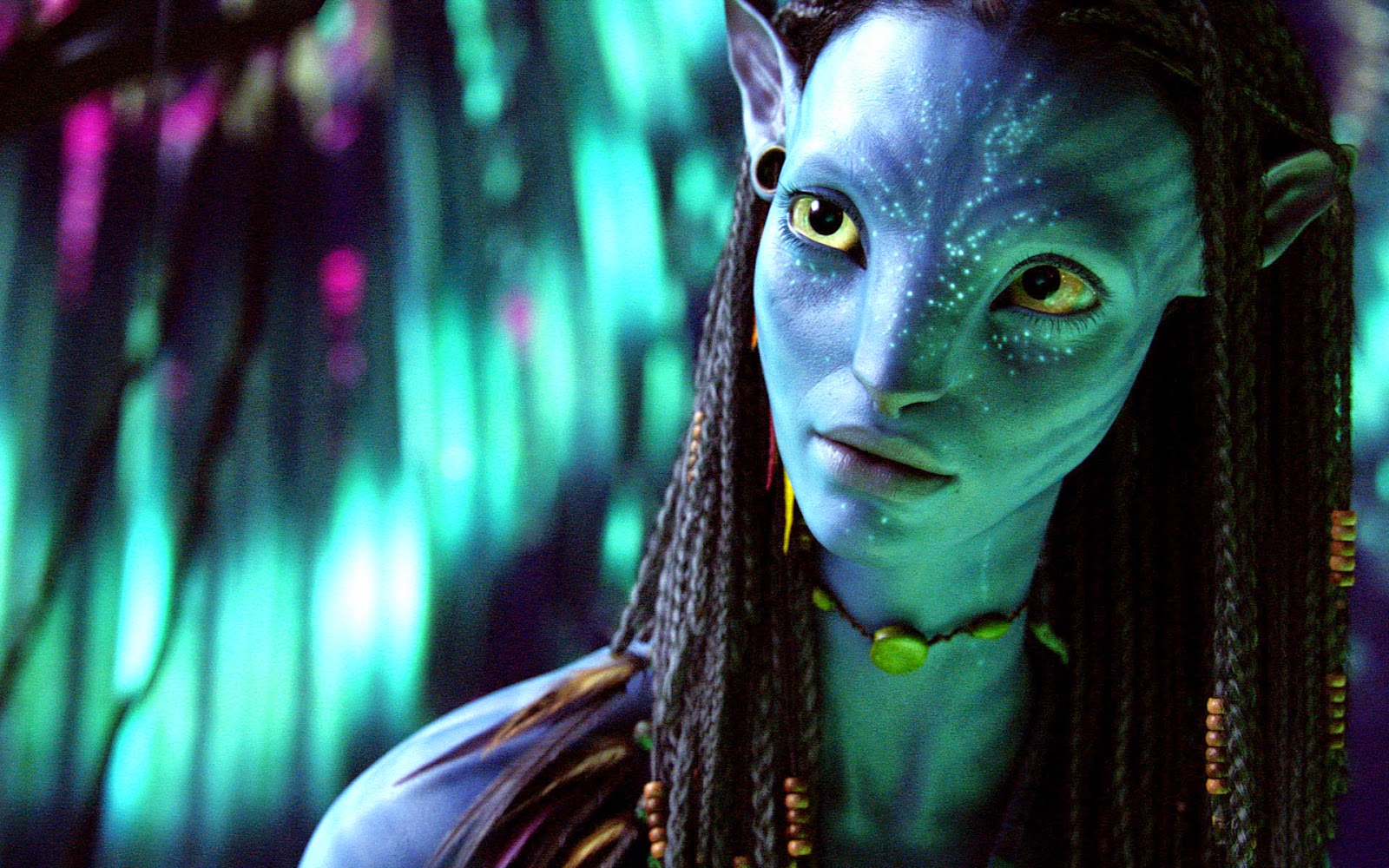