9 Movies That Literally Suck You In 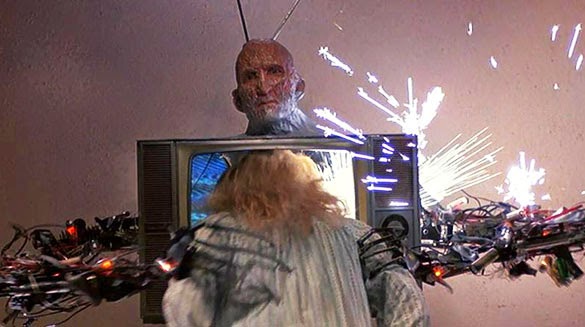 In these films, characters literally [LITERALLY!] enter a TV show (or movie [or chalk drawing]) to become a part of the action. In other words, welcome to prime time. Bitch.

Couch potato (and eight simple rules maker) Roy Knable (John Ritter) gets sucked into a demonic satellite TV system with his wife Helen (Pam Dawber). I mean, the network is called Hell Vision. And it has exactly 666 channels. And it's sold to the Knables by a dude named Mr. Spike (aka, "Mephistopheles of the Cathode Ray"), who's played by Jeffrey Jones (aka, "A Registered Sex Offender"). In one of the movie's more inspired(?) sequences, Ritter finds himself on the set of Three's Company (the Chrissy Snow era ... none of that Cindy Snow or Terri Alden crap). BUT WHERE IS LARRY? 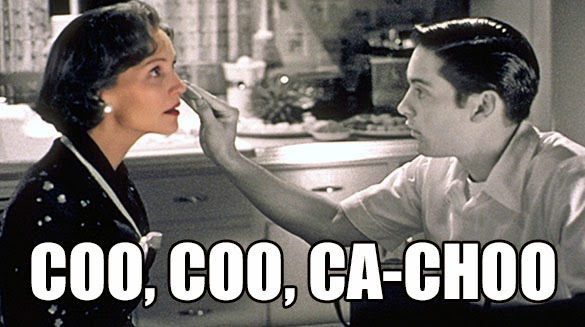 I'm surprised there's not already an F This Movie! podcast on this movie, because it's both a.) pretty great, and b.) pretty underrated. Is it weird that I'm suggesting a show to Patrick via a column I write for the VERY SAME website? Has our relationship deteriorated THAT MUCH since I moved to California? Should I have just STAYED in Chicago during my recent visit for #ScaryMovieMonth? ALL GOOD QUESTIONS. In this film, two teenagers from the 1990s find themselves trapped in a sitcom from the 1950s. Notably, the movie transitions from black-and-white to color, but not all at once. Little hints of color are revealed as the conservative rules of the staid town are torn down. Also, Paul Walker (RIP [in addition to John Ritter, above]). 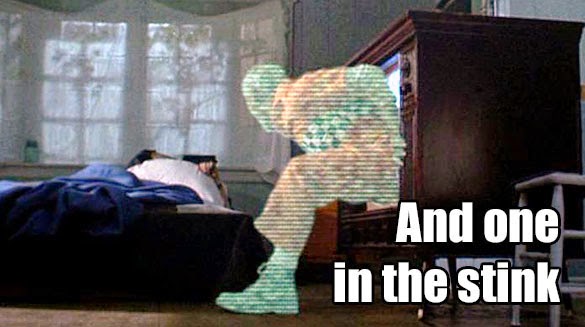 Famous (in my mind) for its minimalistic movie poster featuring an electric chair, Shocker features an antagonist, Horace Pinker (Mitch Pileggi), who, upon being executed, becomes PURE ELECTRICITY. Near the end of the film, Pinker escapes into a TV set, followed by our hero (don't ask how), Jonathan Parker (Peter Berg). They fight their way through different programs, including archival war footage, Leave It to Beaver, an Alice Cooper music video, the Hindenburg disaster, street riots, a boxing match, a JOHN TESH news broadcast, Frankenstein and atomic bomb blast recordings. It's as insane as it is fun to watch. 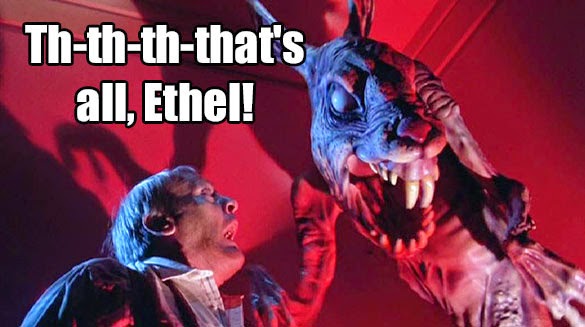 "Did I mention that the monster is a 10-year-old boy? Quite a twist, huh? Betcha didn't see that one coming." The third segment of this Steven Spielberg-produced anthology film, directed by Joe Dante, is a remake of the original TV episode, "It's a Good Life." In this version, omnipotent boy Anthony (Jeremy Licht), flexing his divine powers, sends his sister Ethel (Nancy Cartwright) into the television set where she is eaten by a cartoon wolf. "Happy thoughts. Happy thoughts. Boy, I'm getting mighty sick of this."

Originally a big box office bomb, this movie has a pretty strong cult following now. And I'm not sure I totally understand why. Danny Madigan (Austin O'Brien) is a huge fan of action star Jack Slater (Governor Schwarzenegger [presumably because of his fiscally conservative policies?]). His friend Nick gives him a MAGIC TICKET to see a sneak preview of Slater's new film, which miraculously transports Danny into Slater's larger-than-life world (where the good guys always win). Unfortunately, Benedict the ASSASSIN (Charles Dance), steals Danny's ticket, and escapes into the real world. Where he, presumably, inherits a psychedelic chocolate factory. 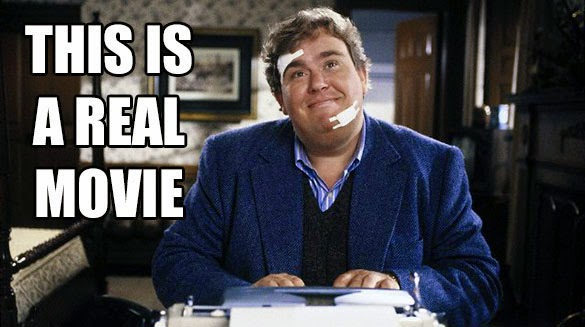 John Candy plays Jack Gable, the head writer and producer of the soap opera, "Beyond Our Dreams." After being knocked unconscious during an accident, he wakes up as a character inside the fictional world of his own show. He quickly realizes he can "write his way out," and, LIKE A GOD, uses this new power pursue the girl of his dreams (perv). Until (wah-wah) his typewriter breaks. What's a John Candy to do? Please don't say declare war on Canada.

Mary Poppins (Julie Andrews), Bert (Dick Van Dyke) and two kids (who cares about their names) jump into a chalk pavement drawing sketched by "screever" Bert. Not exactly a TV set or a motion picture, but I'll accept it. Plus, this scene features some of the most famous visuals from the whole film, including Van Dyke dancing with cartoon penguins. If only Saving Mr. Banks were half as interesting as this one bit.

Probably the earliest example of ANY movie from one of these Flick Bait columns, this Buster Keaton film features Keaton as a projectionist-cum-detective after he dreams he becomes the lead character of the movie he's showing. Because it's such a short film (and presumably out of copyright), the entire 45-minute-long masterpiece is embedded above for your viewing pleasure. He falls asleep around the 17-minute mark. Hilarity ensues. 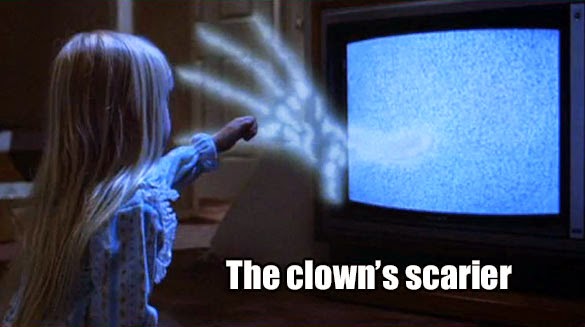 Kind of a cheat. But I'm fine with it, because this is like the sixth list in a row to highlight this movie.
Posted by Patrick Bromley at 5:00 AM