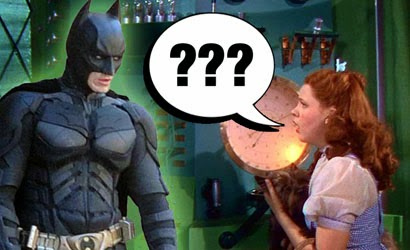 Patrick knows a lot about movies. Doug has seen Ride Along dozens of times. In an effort to expand Doug's cinematic horizons, he'll be asking Patrick questions about movies in a column we're calling "Doug Asks Patrick Questions About Movies."

Now that we're slogging our way through the crappy winter months, is there any movie or style of film that you gravitate toward to help you cope with the doldrums?

I don't think there's any specific movie I watch during these early months of the year, but I'm pretty sure I gravitate towards more "mindless" genre fare just to wash out the taste of two months' worth of Oscar bait and screeners. Lately I've been plowing through a lot of spaghetti westerns and Italian crime movies -- pretty much anything with Franco Nero -- and its been fun to get back in the Junesploitation spirit and enjoy something that isn't looking to reveal much about the human condition or make we wanna be a better man. It's just pure cinema. But I've been catching up on some older titles that I've never seen, too, as well as shit on cable that I DVRd even though I truly won't remember the titles six months from now (Detention of the Dead is exactly what it sounds like [barf], but Mimesis? How the fuck am I supposed to remember that?) Usually I'm either trying to watch a bunch of stuff for a specific purpose, be it something I'm writing, reviewing or watching for some work obligation, or else I'm in the throes of some obsessive kick -- DTV Seagal movies, Troma, rewatching the Blade trilogy -- but not now. There's something kind of liberating about being able to bounce around everywhere the way I have been lately, switching gears from Inherit the Wind to Men Women and Children to Elvis movies. And Troma, of course.

You're an odd guy (YOU'RE WELCOME). Who is your favorite actress that you love and defend and fawn over, but have absolutely no physical/sexual attraction toward?

This question is impossible to answer. I've been talking it over with Erika and neither of us can come up with a name. The reason, I suspect, is this: if I'm following your VERY SPECIFIC criteria, I'm having a hard time thinking of a true response. Sure, I can think of some actors I don't find physically attractive, but they're people like Dame Judi Dench and Eddie Redmayne (#mostpunchableface), and I wouldn't defend or fawn over either of them -- they're not reasons I would go see a movie. Any actor for whom I would specifically seek out a movie ends up being someone that, while I may not be "sexually" attracted to (your words), I at least like looking at for two hours. That's part of why we go to the movies, right? Because the people in them are beautiful and/or interesting looking? I'm not sexually attracted to Meryl Streep, but I recognize that she's pretty. I also wouldn't fawn over her, because I don't need to. She's Meryl Streep. I'm not sexually attracted to Tom Hanks, but I like looking at him because he's handsome and his face has character. I'm not sexually attracted to Chris Hemsworth, except that I am sexually attracted to Chris Hemsworth. You get what I'm saying.

Do you have a favorite sports movie? 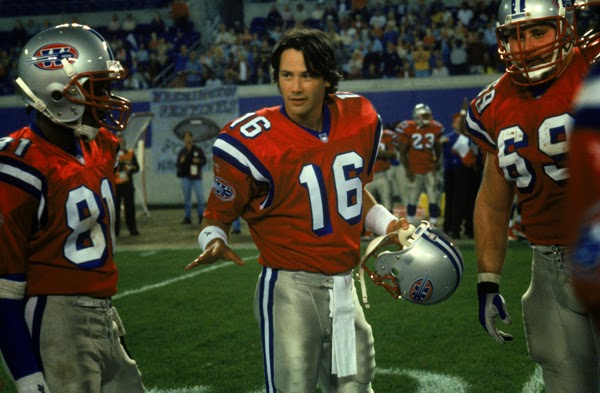 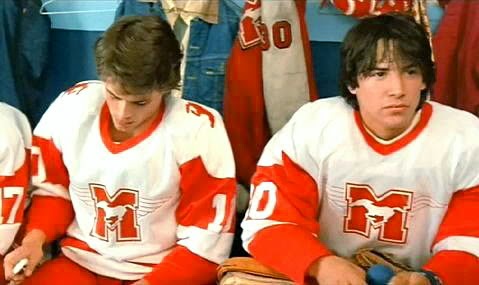 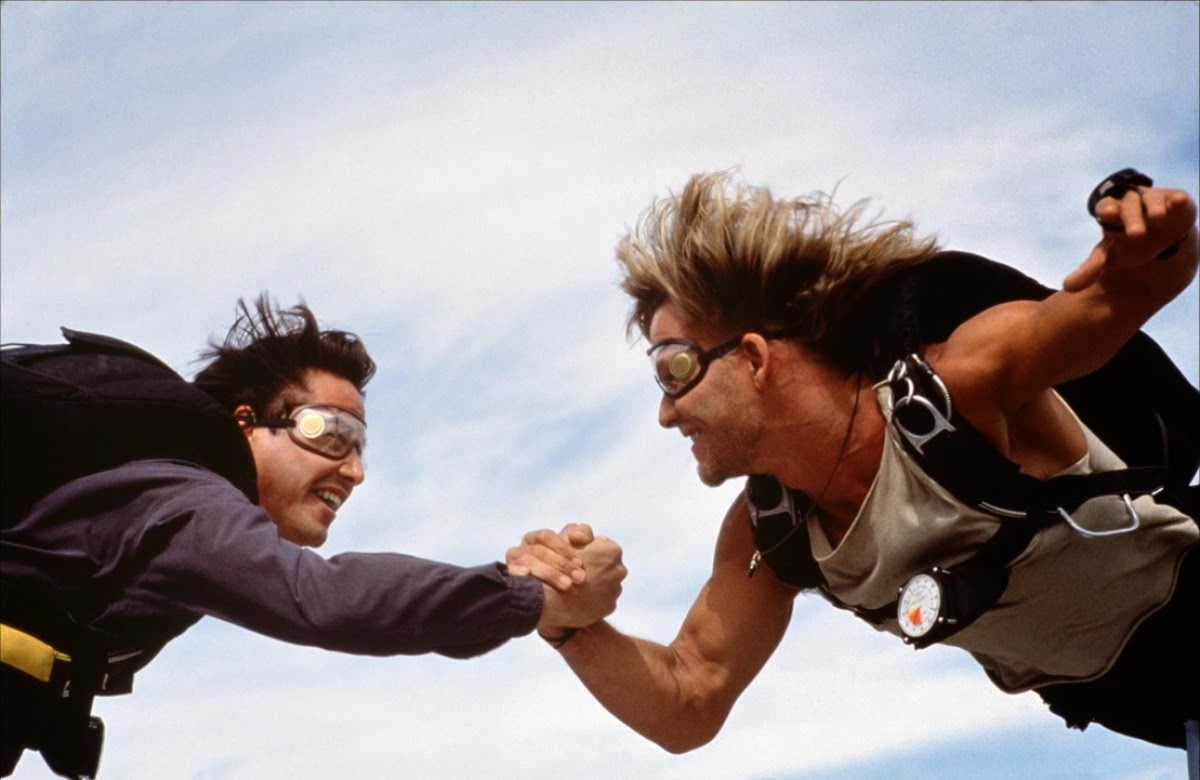 It's common knowledge that this site doesn't really care for the Oscars (#FTheOscars, amIright?). Is there any award show or accolade that you put any stock into? Or is it all just self-congratulatory B.S.?

Well, this is a tricky question. I spent several years enjoying the Oscars because they were a celebration of movies and got people talking about my favorite subject for at least one week out of the year. Then about 15 years ago I changed my opinion about the whole thing and became a pretty vocal whiner about the whole thing -- that they are meaningless and turn art into a stupid contest that can be gambled upon in Vegas and blah blah blah. I'm trying not to be that guy as much anymore because there are a lot of people that really love the Oscars and still see them as the Super Bowl for movie fans and I don't want to be the asshole that ruins that enjoyment for someone else.

But the list of Oscar nominations this year should cement the fact that the Academy is out of touch and out of its fucking mind and no one should really pay any attention what they deem as award-worthy (I don't mean ignore the movies themselves, just their relative merits based on a nomination). This is the worst group of nominations I've ever seen -- not just for what they overlooked (David Oyelowo, Jake Gyllenhaal, The Lego Movie, Mica Levi, Life Itself...the list goes on), but also for what they chose to recognize. Like Steve Carrell in Foxcatcher. And Meryl Streep in Into the Woods. And Bennett Miller for Foxcatcher. And American Sniper for a whole BUNCH of shit. And Robert Duvall for fucking The Judge, a movie that has half as many nominations as Selma.

I'd be lying if I said there were other awards that "mattered," but they ultimately don't. They can bring attention to movies that might need it, which is a good use of the power and should not be taken lightly. I'm sure there are films that have benefited from the spotlight of attention and I appreciate things like the Independent Spirit Awards and critics bodies naming some of their favorites (which I would have said even before being part of one), which has undoubtedly given a boost to smaller movies and gotten people to see something that probably wouldn't have otherwise. But the notion that any of these awards have any kind of shelf life is nonsense. The movies live on. The accolades don't. The discourse tends to treat the Oscars -- or any awards, for that matter -- as the final word on a film. Shakespeare in Love can't be remembered as a sweet, clever period romance; it has to be the movie that "stole" Best Picture from Saving Private Ryan. Paul Haggis' Crash isn't looked upon as just a garbage movie, but the MOST garbage movie to ever win Best Picture. The awards define the movies instead of the other way around.

But that has to be bullshit, because we -- and many, many others -- have been saying for several months that 2014 was a great year for movies. You would never know it by looking at this group of nominations. I hope that everyone who's upset at what a terrible representation of films this year's crop of Oscar nods is remembers this feeling next year and every year after. Stop legitimizing this thing with constant predictions and think pieces and water cooler talk.

This is a tough one, because there are a lot of Fellini and Antonioni movies I still haven't seen. They're probably set in Italy. And they're probably good! So instead here are the first five that come to mind. 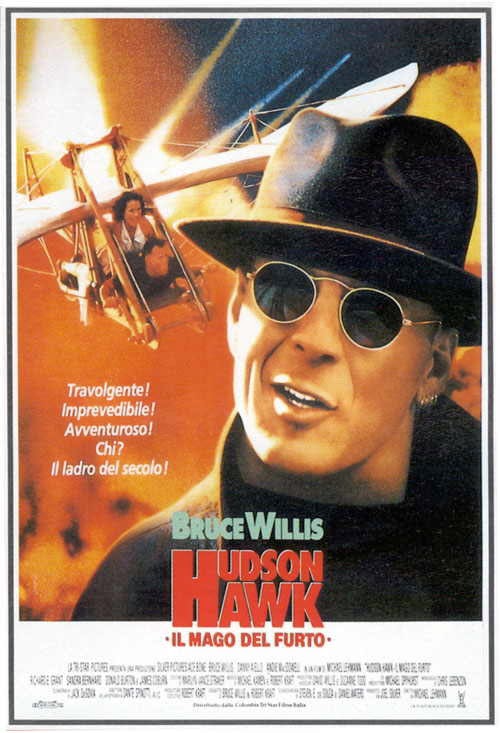