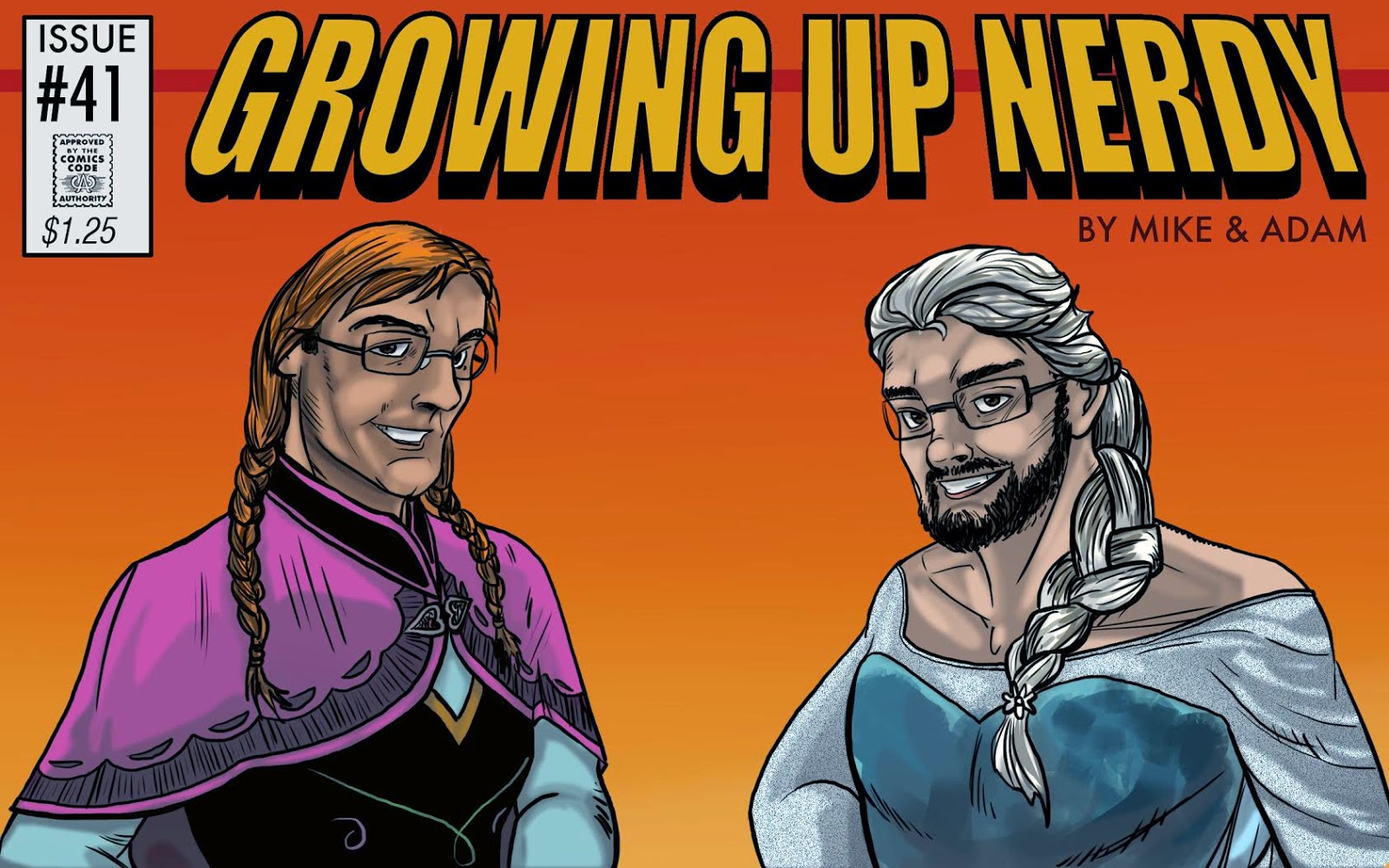 Let the Nerdy Boys get in touch with your inner child.

When Paddington coming out recently, I had to go see it because of the love I had for it as a kid. With the movie bringing in a cool $18 million last week, I was wondering if there are any kids movies that the both of you geek out for? 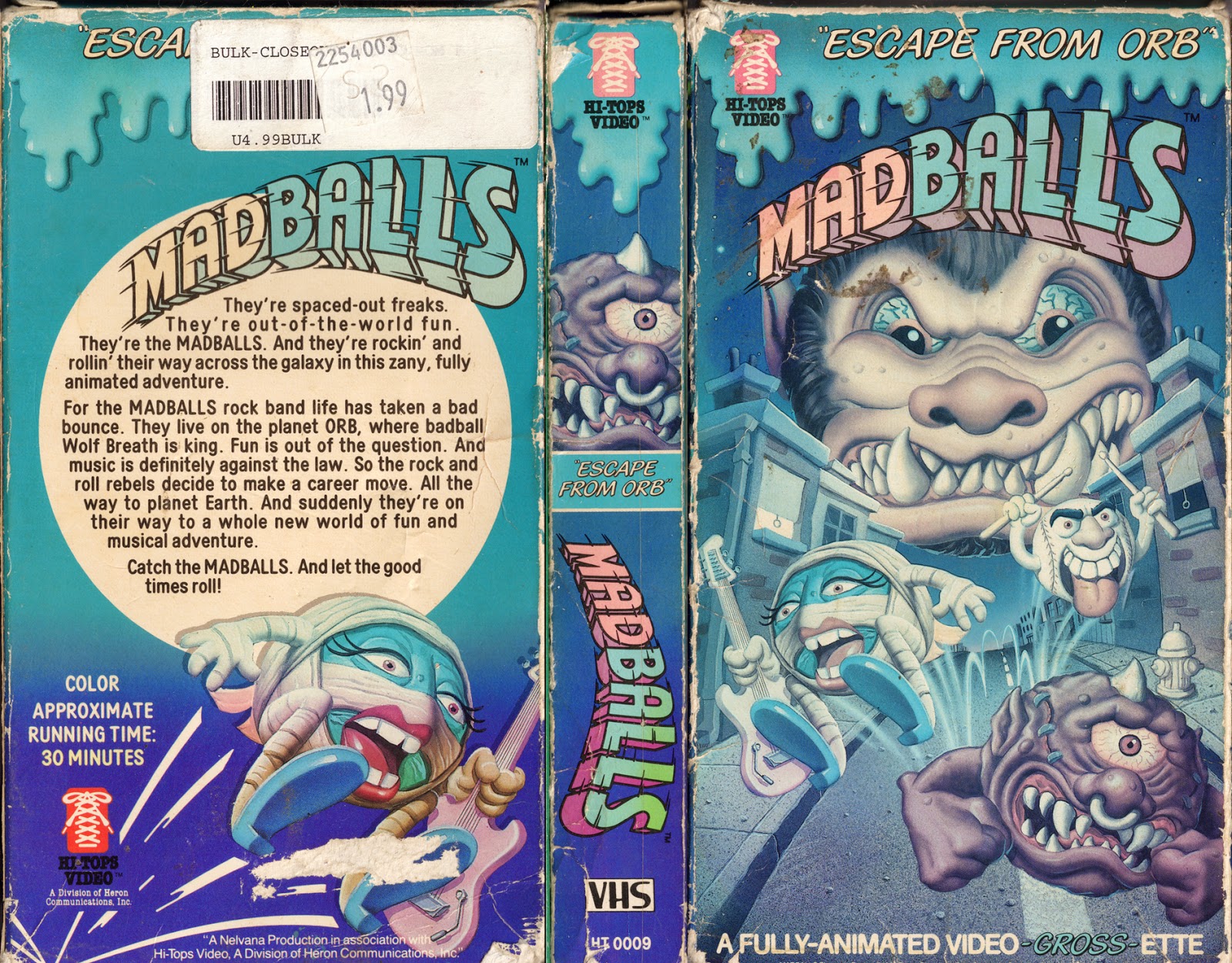 This is my monthly reminder that I am the youngest of seven children and by the time my parents had me, they had given up trying to shelter me from inappropriate movies. I saw movies at a young age I had no business seeing. Unlike most kids my age, I loved The Godfather and Beverly Hills Cop. Those don’t qualify as kids movies, I guess. But this didn’t stop me from seeing the same shit my friends saw as well, so I too loved The Goonies and Teenage Mutant Ninja Turtles. When I think back to that time, I can think of two things I really geeked out for: Star Wars (while I don’t think of it as a kids movie, plenty of people do) and the 24 minute VHS tape that I made my parents rent from Coconut Video over and over again: Madballs: Escape from Orb!.

Do you guys remember Madballs? While terribly named (my mom was hung up on when she called Venture to ask if they had Madballs), they were gross-out balls with icky faces and silly names. They were popular for a brief time -- popular enough to justify making a Madballs cartoon. In Escape from Orb!, the Madballs are a rock band, working as slaves under the rule of Commander Wolfbreath, one of the Badballs, on the planet Orb. Music is banned on Orb, so the Madballs escape to Earth where they eventually perform a version of Jerry Lee Lewis’s "Great Balls of Fire!" I could go more in-depth with the plot, but honestly that’s pretty much it. I remember taping the Madballs version of "Great Balls of Fire!" using my sister’s boom box and I would listen to it (along with "Twist and Shout" recorded from our copy of Ferris Bueller’s Day Off) over and over again. I like to think that I was a kid with my finger firmly on the pulse of what toys and cartoons were popular, and like most kids my age I played with and watched the likes of G.I. Joe and Transformers and Thundercats and M.A.S.K.. So why on Earth, with all of these other options out there, did I dig Escape from Orb! so much? It’s available in its entirety right now on YouTube, but you should probably stay away from it. Turns out as a kid I was a dummy. 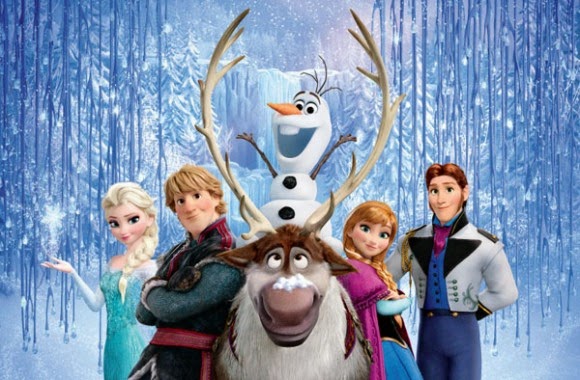 I have two daughters, ages 6 and 3, and you can guess what movie they’re obsessed with. But before I get to that, let me mention some other movies I’ve discovered through the: 101 Dalmatians is fantastic, Diary of a Wimpy Kid cracks my shit up, and movies like How to Train Your Dragon can excite me more than they do the girls. As I mentioned before, however, I have two little girls obsessed with one movie, and that movie will always hold a special place in my heart: Frozen.

I know, I know. The mere mention of Frozen gets people to roll their eyes or curse "Let It Go." To say Frozen has been oversaturated is an understatement. For people sick of it, I get it. It’s on all the time at our house, and there are times I want them to watch anything but Frozen. With that said, allow me to remind people that Frozen kicks fucking ass. If you need a reminder why that is, read Patrick’s review again. I’ll simply say that it’s one of the few Disney movies aimed at my girls that doesn’t make me cringe with its message. Also, and I’ll fight anyone that says otherwise, the music kicks all sorts of ass.

While Evie, my oldest, loves Frozen, it’s my 3 year old, Mia, that is truly obsessed. That girl has a lot of clothes, but God forbid we try to put her in something that doesn’t have Elsa on it. Whenever she gets a new stuffed animal, she names him or her Elsa. She wears gloves around the house so as not to accidentally freeze people with her “Elsa powers.” If I’m in the bathroom, I’ll often hear a little knock on the door followed by Mia saying, “Elsa? Do you wanna build a snowman?” My mom always told me that by three years old I had an encyclopedic knowledge of all things Stars Wars. While the world of Frozen is much smaller than that of Star Wars, Mia shows that same enthusiasm that I assume I showed for my favorite movie when I was her age.

I realize that in time, my girls will move on from Frozen and will likely join the throngs of people that find the music and the movie itself annoying, but as long as I can close my eyes and picture my daughters singing and dancing around the house to "Let It Go," I’ll always love the hell out of Frozen. 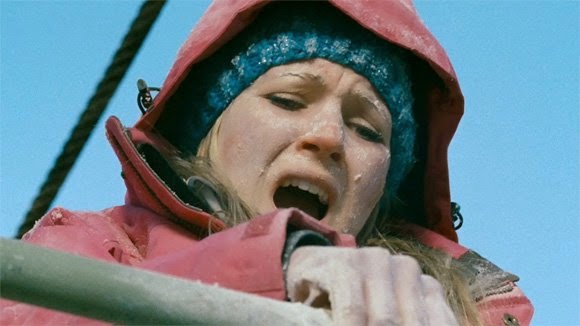 Adam: Children’s movies are a tough genre to talk about because I have a tendency to put them on a different level or standard then other movies. The example I’ll use is one that I just watched on Netflix called Zoom: Academy for Superheroes. Zoom is not a good movie; however, I thought it was a charming children’s movie. While I wouldn’t recommend Zoom on Netflix This Movie!, I would definitely recommend it to my 5-year old nephew. I know, some of you are probably shaking your head right now thinking, “A good movie is a good movie, no matter what age.” And, to an extent, I’d agree with you. There are movies that transcend the genre of “kid” movies and are really great movies. I’m just saying that there are some movies even as an adult, when I look at them with kid eyes, I see the charm. So while there some truly great kids movies I “Geek Out” for, there are also some not-so-great ones for which I have a soft spot in my heart.

The Incredibles is probably my all-time favorite “kids” movie. The movie is just fantastic and kills it from the opening to the very end. There are some movies that seem like they are constantly on cable television and The Incredibles is no exception. I don’t think there has ever been a time when I am channel surfing and haven’t stopped on it. But The Incredibles is one of those movies (along with most Pixar movies) that go outside of the kid movie genre and becomes a universally great movie. The Incredibles deals with issues affecting kids to older people in midlife crisis. I know that the first time I saw Shrek (before they beat it to death with a thousand sequels), it was really the first time I remember watching something that I thought was a “kids” movie that I enjoyed and saw some jokes that were at a different level for me. 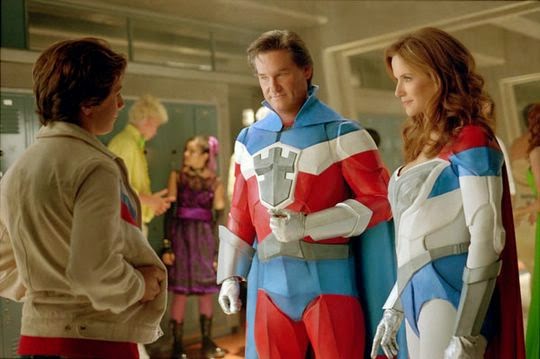 I think one of the biggest kids movies I geek out for and will actively seek out and watch is Sky High. We talked about it briefly when Mike, Patrick and I did the Best and Worst Superhero Movies podcast. Sky High is so awesome on so many levels. Kurt Russell is perfect in his role, and it pays off with so many actors from geekdom past. If you haven’t taken the time to watch Sky High, I recommend you do so now. I promise you will not regret it.

Of course there are the “kids” movies that just feel awkward when you watch them as an adult. When I was growing up, I LOVED the movie Labyrinth. Jennifer Connelly was one of my first crushes as a kid and the puppets and sets are so wonderful in it. Recently, though, I watched it on Netflix and Jennifer Connelly has a very creepy and unusual love-ish scene with David Bowie while at a ball. I can still appreciate that movie, and still geek-out for it, but for some reason the movie felt a lot creepier to me, and not in a good way.

Then of course there are the kid’s movies that, as hard as I try to put on “kid goggles” and watch the movie, I still can’t make it through it. When I was a kid, I was absolutely in love with Sesame Street and the movie Follow That Bird. It was a Saturday afternoon a few months ago and I saw that Follow That Bird was on cable and I was really geeked-out to watch it again, especially since I have the excuse of a 1-year old next to me. I couldn’t make it, folks. The movie was so boring and sappy that I just couldn’t do it and ended up changing the channel after about a half hour. I felt really bad that I made my mom sit through that movie a thousand times. 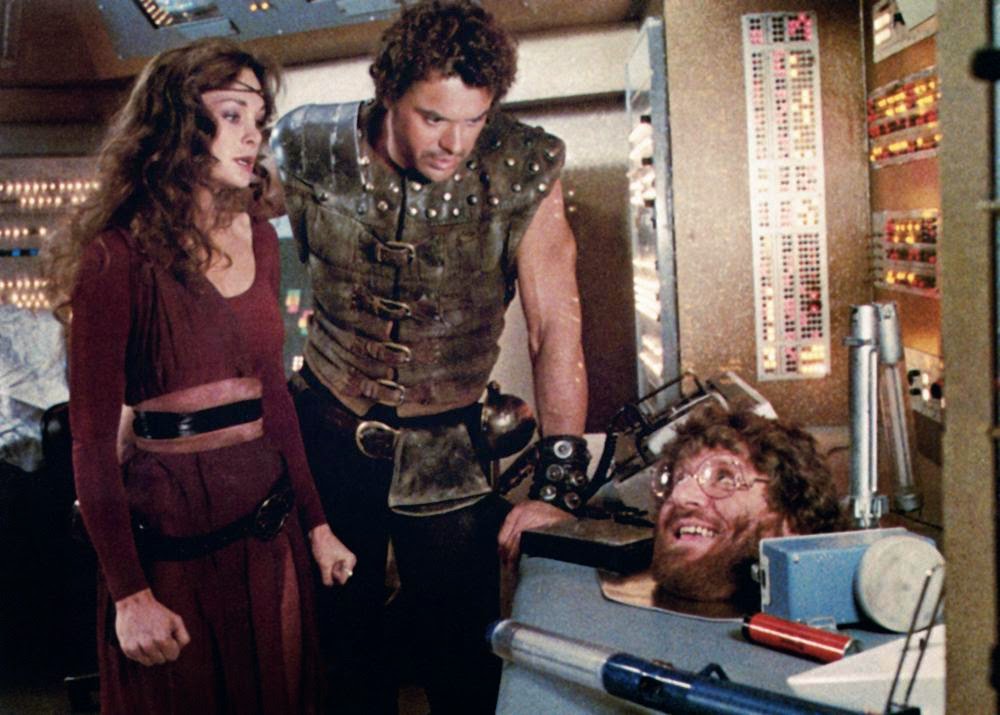 Speaking of movies that changed after time, I was really taken back recently when I watched Ice Pirates. I decided to revisit the movie after Guardians of the Galaxy was released because a lot of websites and articles were making comparisons and I hadn’t seen the movie in years. I spoke in a much earlier column on how this was the first movie I ever saw on VHS, and I remember as a kid LOVING it. For almost 20 years I was convinced that Ice Pirates was a kid’s movie. That’s when I realized that there are some movies that most people never think of as kid's movies, but when the “kid goggles” are put on, it totally makes sense. Which is why when I think of “kid movies I geek out for,” I can’t help but think of Ice Pirates.

However, if you are looking for the greatest kid’s movie I geek out for, look no further than Pee-Wee’s Big Adventure. I don’t need to talk about it very much. Most of us have seen it, it was part of #fthismoviefest 3, and it was one of the things that very young Adam & Mike had in common.

With all of that said, I can definitely say that I would give anything to be able to sit down and watch the Madballs movie again, kid goggles or not. 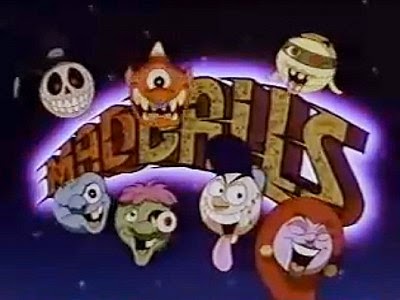