by Mark Ahn and Adam Thas Completing the list of Adams I know, Adam Thas and I decided to watch a movie off of each other’s want-to-see list and then come back for a conversation recommending (or not) what we watched. For this installment, Adam watched Beginners (2010) for me, and I saw Night Watch (2004) for him. We felt…mixed about these.

Guys, what made you interested in these respective movies?

Adam Thas: I really wish I had a better answer to this, but I find myself just cruising Netflix sometimes and Night Watch looked interesting. I read the quick review and thought that I’d give it a shot. I wish I could say I was a fan of the director or I had read some great review, but it pretty much comes down to “That looks neat.”

Mark: Nothing wrong with just liking the vibe off of a poster or a description. I was interested in Beginners because of the positive buzz from Christopher Plummer’s performance and a cast with some talented names (Melanie Laurent is France’s stealth cinematic weapon, to offset the tectonic force that is Marion Cotillard). I feel like Love is Strange got similar positive buzz this year, with some similarities between the two. When it came out, it was playing at a local arts theater whose judgment I trust, and that made me give it a little more credence as something worth checking out.

Fellas, if you found these movies so interesting, then why hadn't you gotten to watching them yet?

Adam Thas: Subtitles. I’m not some huge douche who doesn’t want to read during his movies; it really comes down to how I watch most of my movies. I spend a lot of time watching movies while I’m drawing or doing some sort of art, and I can’t do that with a movie with a lot of subtitles. So I really need to be into a movie and sit down and watch it when it’s not in English.

Mark: One of my major obstacles for getting to a movie is when it feels like homework. Beginners feels like it is about Real Life Important Things (which it is, from all reports), and I need to be in a properly mentally sober mindset going into a movie like that. I mean, this is why I’ve watched Judge Dredd eight times while folding laundry but haven’t gotten to this. I’m really just admitting that I’m a child when it comes to my free time. 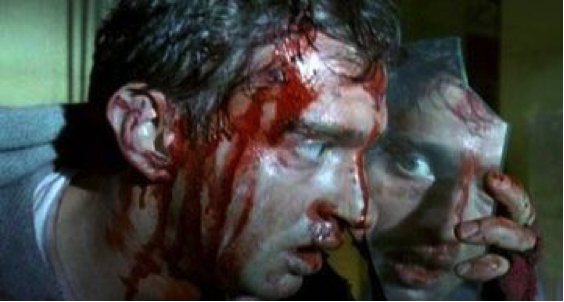 Gentlemen, what is there to like about what you watched?

Adam Thas: Thematically it’s got things in it that I think a lot of people should see. It has a lot to say about life, and love, and how we deal with relationships, but most importantly how our relationships with each other impact the people we love indirectly. I’m a big Woody Allen fan and Beginners really feels like almost a homage to Woody Allen films. It’s got the music, humor, and pacing of an Allen film and explores some of the similar themes you see in a lot of his work. It’s a solid movie, it is shot competently, it has a lot of heart to it, and sets the table well. The cast is wonderful, with Ewan McGregor and Christopher Plummer being great and Melanie Laurent is absolutely adorable (I think I have a movie crush on her now). You can’t complain about Beginners for being shitty technically; however, you can find other reasons to not like it.

Mark: There is a potentially rich backstory here, since Night Watch is based on a three-part novel by Russian author Sergei Lukyanenko, about the eternal battle between the Dark and the Light. The movie works pretty hard to imbue a normal urban environment with supernatural elements like vampires, shape-shifters, and magically powered characters without diving too far into fantasy. There is a thread in the middle of the film that plays out like an investigation, and I liked that the best because it showcased the blending of urban environment along with the supernatural/horror elements the best. 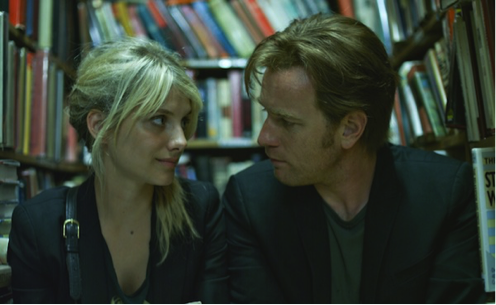 Adam Thas: Cruising the internet a few days ago, I found myself falling for some click-bait in the form of “Great movies you never want to see again.” This movie may tie with The Road as number one on that list for me. I had to stop Beginners halfway through and put on an episode of Futurama just so I wouldn’t slit my wrists. This is a rough one...a REALLY rough one. It tries desperately to try and make it funny in places, and tries to make up for the misery of the first two acts in Act 3 but it just doesn’t work. I was so sad watching Beginners. I am fully aware, though, that this very well may be me, and this movie could work for other people. It just isn’t what I want in a movie. I know people die, I know I’m going to die, that my parents are probably going to die before me, and I find myself thinking about that more than I care to. To have a movie put this in my face so real for two hours, I just didn’t want to be there—of course that may have been the point. Great movie, never want to watch it again.

Mark: I can’t say that I loved this one very much. Back when Night Watch came out, I sort of felt interested in it, like Adam mentioned, but felt mildly bored while watching it. I think I liked the investigation parts because it reminded me of the show Supernatural, which isn’t the greatest but still is entertaining and engaging enough. But the other parts really dragged for me, and director Timur Bekmambetov’s intense desire to imitate Tony Scott wasn’t helping. The jittery camera, the bleached out palette, and the random slow-mo/speed ramping just felt like they were there for the sake of being there, although since this was mostly intended for a Russian audience, so maybe it plays better to them. I think my boredom stemmed from some storylines ending up being irrelevant, so all the time I spent watching it felt a little wasted. I sort of wish also that it went further in one genre direction, like being more of a horror movie, or more of a supernatural fantasy than it was. Again, I realize that there are possibly book adaptation issues along with different cultural assumptions, but it ended up not really working for me as whole.

Friends, give us random, slightly interesting facts about the movies that you found in your viewing or in reading up on it.

Adam Thas: Beginners is based off of actual events. Mike Mills (director) wrote the movie after his own experiences where this father “came out” after the death of his mother.

Mark: Apparently Night Watch was the highest grossing movie in the history of Russian cinema (over $16 million). 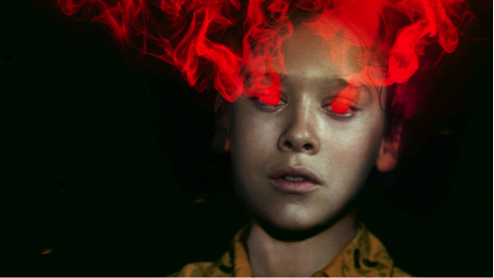 Beginners and Night Watch are comparable to what other movies?

Mark: I mentioned Tony Scott before, and this feels like some of his messier work, like Domino (although I still sort of love Domino). In terms of other supernatural action movies, it’s not better than Snow White and the Huntsman or Hansel & Gretel: Witch Hunters, but it is definitely above terrible stuff like Season of the Witch or Seventh Son or Priest. It’s also a little difficult to categorize; is it more supernatural? It is a horror movie or an action adventure? It’s difficult to say.

If you are planning a marathon of three movies, and one of them had to be the movie you watched, what other two would you put in the marathon? Why?

Adam Thas: Gloves off, I’d probably put it between Out Cold and EuroTrip because both those movies are brainless and make me laugh, and I’ll need it.

Mark: I was thinking about making a Russian-themed night, but I think this would fit better in a horror-action marathon, so I’d put it with it The Crow (because of the bleak urban setting) and end the night with Let the Right One In (2008) because of its vampire story and creepy tone, of which I wish Night Watch had more.
Posted by Patrick Bromley at 12:52 PM