Here’s a documentary for people who want to know how the Disney sausage is made.

If there’s one thing that surpasses my interest in Disney movies, parks, and attractions, it’s the business decisions around the creation and management of those things. In a sense, Disney frequently plays it safe and sticks to what works. Alice in Wonderland and Maleficent were hits, so now we have a live-action version of Cinderalla with Beauty and the Beast and Dumbo in production (and let me tell you, I am SO EXCITED about that. I’m not being SARCASTIC AT ALL). Those live-action movies exist (or will exist) because they make good financial sense and keep these classic characters relevant and fresh for audiences that find the original animated films to be BORING. But then sometimes Disney frequently takes huge gambles that you never see coming. Tomorrowland was a gamble because it deviated in a huge way from the princesses and pirates and superheroes that provide a steady revenue stream for the company, and I find Disney’s decision to devote a huge portion of their Animal Kingdom theme park to James Cameron’s Avatar to be one of the strangest leaps of faith I’ve ever seen from such a massive corporation. 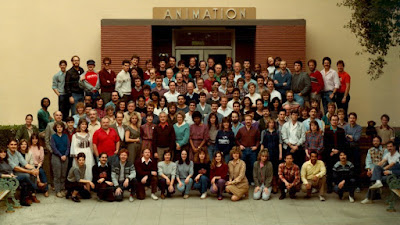 These decisions fascinate me, but the people behind these decisions fascinate me even more. To a lot of hardcore Disney fans, names like Bob Iger, Marty Sklar, Michael Eisner, and Jeffrey Katzenberg are just as important as names like Simba, Ariel, and Aladdin, and that’s why Waking Sleeping Beauty is so interesting for a Disney fan. The 2009 documentary from Disney’s longtime animation higher-up Don Hahn proves to be a revelation by offering an inside look at the inner workings and decisions of the company during its most tumultuous years, 1984-1994. Dohn Hahn is our perfect guide into this world: he was in top production positions on Disney Animation’s major projects throughout the 1980s and 1990s, has been nominated for two Academy Awards for his talents, and has been a major player within the company’s film department for decades.

After Walt Disney’s death in 1966, the company was lost. There were so many people that had been working under Walt and so many projects that were already well into development that the corporation was able to coast for a long time, so it took a while for everything to completely come off the rails, but it finally did. The last half of the 1970s and the beginning of the 1980s found the business floundering for a sense of direction and searching for its identity. It was during these years that we got movies like The Rescuers, The Fox and the Hound, and The Black Cauldron. They aren’t bad by any stretch, but they’d lost the magic that Disney movies had been synonymous with for the previous 50 years. Waking Sleeping Beauty gives viewers a fly-on-the-wall perspective of an animation department that was dying a slow death. It features narration by several of the key people who were involved during the time, but it has no talking heads whatsoever. The entire film is composed of home video footage shot by animators, newsreel and film clips, and rare photographs. They reveal the staggering state of the animation department in the early 1980s, a group consisting of elderly men who’d been with the company forever and were at the end of their careers, and a slew of young, enthusiastic misfits full of passion, but with no experience. Days were spent doing absolutely nothing professionally. The company was ripe for a takeover, and the animation department was a hair away from being closed permanently. 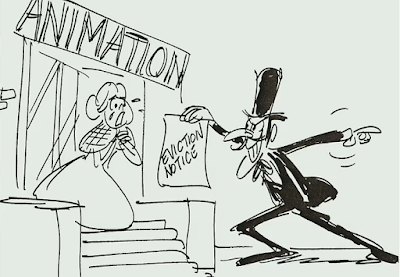 Enter the new corporate leadership team of Michael Eisner, Frank Wells, and Jeffrey Katzenberg, three guys with a world of experience who were hired to turn the company around and stop it from bleeding money on projects that only the die-hards cared about. Eisner had come from Paramount, where he had served as President and CEO during the production of a whole slew of hit films. He knew what made a successful movie and he knew what audiences of the 1980s wanted to see, so he immediately set new projects into motion that would draw in massive audiences. Katzenberg was placed over the motion picture division, but his chief role was reviving the animation department and making animated movies that lived up to the legacy of the classic films of the past. Together, these three men shook up the company from the ground floor all the way up, and Don Hahn and his pals in the animation department were documenting everything that was happening along the way. The film shows us that many times they were drawing up cartoons of the grueling meetings that they had to sit through (which Katzenberg scheduled for 6 a.m.) and recording video of how miserable they were after creating hundreds of drawings for a movie pitch and getting none of them approved. We’re lucky to have such prolific evidence of the department’s growing pains and see the men who put pencil to paper discussing how they didn’t even have time for their families because they were working so hard.

The film also shows us how the new leadership brought in a young songwriter named Howard Ashman, who -- with his musical collaborator Alan Menken -- had spearheaded the off-broadway production of Little Shop of Horrors and the subsequent film adaptation. Ashman and Menken immediately began working on songs for a movie that would become The Little Mermaid, and this documentary has footage of the actual pitch that he made where he played his song ideas for a room full of animators and executives. Slowly, we see the Disney animation department go from failures that didn’t even make their budget back to smashes like Beauty and the Beast and Aladdin. One of my favorite segments of the film shows Siskel and Ebert discussing how they had heard that the New York Film Festival gave Beauty and the Beast a standing ovation and how they’d doubted any film could be worthy of such praise from a cynical New York crowd. Ebert then explains that the movie had surpassed even his lofty expectations when he finally saw it and how he understood why that New York crowd had been blown away. 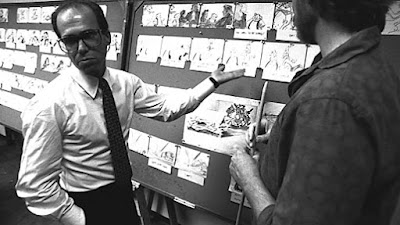 No sooner had Walt Disney Animation once again become a household name before the inevitable decline began. The executives were buoyed by the massive successes they were seeing at the box office and in pop culture, and it was decided that Disney would produce a new animated feature not every four years, but now one every single calendar year. Howard Ashman succumbed to the AIDS virus, and Jeffrey Katzenberg was growing hungry for the spotlight that Michael Eisner now occupied. There are some pretty candid interviews among these key players as they discuss the politics that were going on behind the scenes as well as publicly in the early ‘90s, and it’s clear what a powder keg the situation had become.

What this all manages to do for us as the audience is to put a very human face on such a huge, faceless company. It shows us that egos and hurt feelings can have just as profound of an effect on a finished movie as poor direction, and it reveals the toll that success had taken on the animators themselves, who were on the verge of nervous breakdowns. It also shows a disconnect between corporate leadership and the men and women who were doing the actual creation of these films. Disney employees are often like Peter Pan; they refuse to let go of the impish desire to cause mischief and refuse to take anything too seriously. So much of the footage we see reveals people who are at the absolute end of their leash, but who are still able to express their frustration through pranks and caricatures of their bosses. Even in the DVD supplemental features of the movie, Don Hahn comes off as a world-weary man with a twinkle of chaos in his eyes. I can think of no people I’d rather surround myself with than Disney animators and animation producers because they know the value of hard work, but they also know the value of holding on to their inner child. Nobody is in it for the money; they’re in it to create magic. 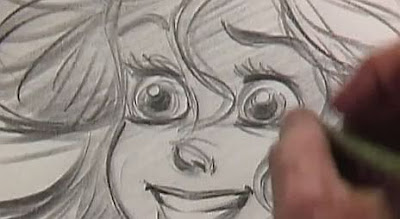 Waking Sleeping Beauty offers a warts-and-all look at a very brief window in the history of the Disney studio and shows how the company was able to turn itself around and become an industry leader in just a few short years before everything once again fell apart. It’s sad, sometimes uncomfortable, but extremely engaging. It helps that most of the people involved are able to look back on those years with a measure of fondness and are proud of what they were able to accomplish during the sprint, knowing it couldn’t last forever. It’s a story that’s been written about before, most notably in the book DisneyWar by James B. Stewart, a book that I’ve admired and recommended before. That story was told from an outsider’s perspective, but now, thanks to Don Hahn and his fellow insiders, we’re able to get the whole story from the people who were there.