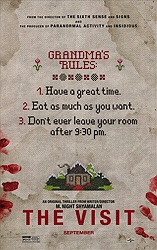 The Visit is a messy movie -- an uneven hodgepodge of horror, comedy and drama -- but I liked it. At times I liked it a lot. It’s the work of a filmmaker who seems to be having fun for the first time in a long time. It also is the movie where you can tell a Shyamalan is getting his groove back after a string of misfires dating back to 2004’s The Village. In its place in his career, The Visit is a fascinating movie. I find myself rooting for Shyamalan based on his great work on The Sixth Sense, Unbreakable and Signs so I might be grading The Visit on a bit of a curve, but I can’t deny that the movie overall feels like a success and that’s rewarding to me. Hopefully the days of the writer-director giving the audience reasons to laugh at him are over. 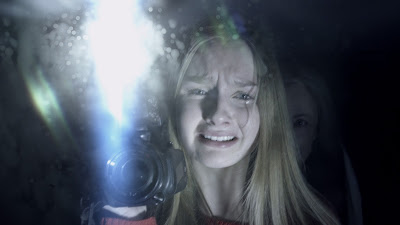 The Visit tells the story of two young teenagers (Olivia DeJonge and Ed Oxenbould) who go to visit their grandparents (played by Deanna Dunagan and Peter McRobbie) for the first time and soon realize that all is not what it seems with their relatives. The story is told utilizing a found-footage conceit (the teenage girl fashions herself to be a documentary filmmaker), which is I assume was done to make the movie on the cheap (Shyamalan self-funded The Visit using his salary from directing After Earth). The strategy works for the most part. Interestingly, The Visit was made with three different cuts in mind: one played for comedy, one played for horror and one played for both. Though not confirmed, I think the version we’re getting is the last one.

The reason why I think The Visit works is because it effectively stages its scares and moments of suspense. This is a very creepy movie and scary in a fun way similar to something like The Conjuring. I had a couple of moments where I audibly gasped at a creepy development or groaned at one of the more gross-out ones. In being a spooky experience, The Visit works. But the movie goes for laughs quite often (most specifically with the young boy character named Tyler who is a 13 year-old white rapper) and I didn’t think any of that worked. Shyamalan has never been very adept at (intentional) comedy and I think The Visit would have been more effective if he played it as a straight horror movie instead of lightening up the tone with the occasional comedic bit. Then again, maybe the sense of fun I had during The Visit is peripherally related to the fact that the movie doesn’t take itself super seriously. It’s a conundrum. The Visit also attempts to be touching and dramatic at certain points and I didn’t think any of that worked as it has in something like Signs, although the lesson stated near the end of the movie is interesting in that it could signify a mantra Shyamalan is telling himself at this stage of the career. In the narrative, it doesn’t work. 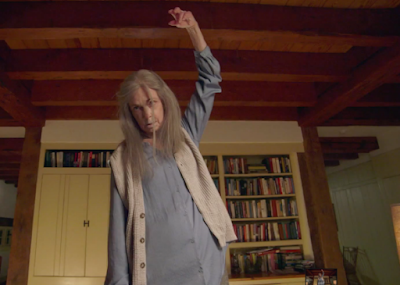 The performances from the small cast deserve praise, specifically Dunagan and McRobbie as the grandparents. I liked how they approached their roles by basically walking a tight-rope between being scary and normal. DeJonge and Oxenbould are not as good as their co-stars but they’re likable and believable at acting like kids their age. The script writes them as very sympathetic, which helps their performances as well. They are not brats who we want to see have harm done to them. We want them to make it out of their perilous situation. But the real “star” of the movie is, of course, M. Night Shyamalan, who’s directing with confidence again. I have high hopes for his next movie if he can build on what works about The Visit. The writing is not as strong as his directing (it’s corny and stilted) and I hope this movie is him shaking off the cobwebs, so to speak, because when he’s hitting on all cylinders he can be a really emotionally effective writer. 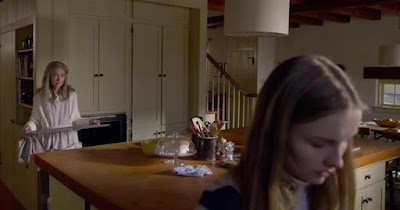 The Visit comes as the kickoff movie for the fall season, and as a warm-up for the “good” movies to come it gets me excited. It’s the perfect movie for the pre-Halloween season and signifies an interesting stage in Shyamalan’s career. To draw a comparison to the late, great Wes Craven, The Visit might not be a Scream-level career resurgence, but it’s a worthy addition to the filmmaker’s filmography similar to something like Craven’s The People Under the Stairs. Give me one of those any day and I’m a happy moviegoer. I’m anxiously waiting to see if Shyamalan can turn the victory of The Visit into another winning streak even if his star never burns as bright as it did in the late '90s to early 2000s.
Posted by Patrick Bromley at 5:00 AM