I had planned to vent about something that was really getting on my nerves this week, but then I remembered that Thursday is Thanksgiving in the United States and I have not taken the time be thankful for all the wonderful things in my life. Though it hopefully doesn’t show up in my writing for this site, I spend too much of my energy on negativity and complaining comes too easily, so I want to change that. My ranting can wait; this is a time for being appreciative of the great entertainment-related things that this year has brought me.

I’m thankful that this year I introduced my wife to the Rocky films and that she became such a fan that she wanted to show them to our daughter, who loved them as well. This week when Creed opens, we’ll be watching it as a family. Last year, I was the only one in the house who cared about Rocky Balboa, but this year our whole family has the eye of the tiger.

I’m thankful for the documentary Electric Boogaloo: The Wild, Untold Story of Cannon Films, which reminded me why I loved all the crazy, ridiculous, exploitative movies they made in the first place and refreshed my affection for their substantial catalog. Watching that documentary sent me spiraling into so many different directions as I began to chase down as much of Cannon’s output as I could. Though Cannon ultimately went under, they left behind so many fun movies. I’m glad they’re being given their due. 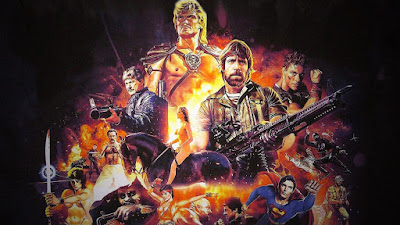 On a similar note, I’m thankful that this year I became a genuine fan of both Chuck Norris and Steven Seagal. Before now, I’ve never seen the appeal of either action star, and I’ve made fun of them for as long as I can remember. NO LONGER! I suddenly saw the value and the appeal in their particular brand of heroism, and I’ve had a blast working my way through a bunch of movies I once wouldn’t give the time of day. I had denied myself so much joy by dismissing these movies, but I was wrong and I’m not going back.

I’m thankful that we found out this past week that Peter Jackson’s The Hobbit trilogy wasn’t the result of a director who had lost all vision, but rather the effect of a studio refusing to let the creative process unfold naturally. I’ve wondered for almost two years now what happened to the guy who made one of the most iconic trilogies in movie history with his Lord of the Rings films, and I thought I’d have to wait a very long time to get the answer to what happened behind the scenes. The truth came unexpectedly on a Blu-ray documentary from the very company that messed everything up in the first place. Whether Peter Jackson can still make movies like he used to remains to be seen, but we now know who was really responsible for what I found to be a very lackluster set of films, and isn’t the director of Dead Alive.

I’m thankful that I showed the original Point Break to my wife recently and she actually thought it was a really good movie. Nobody rides for free, but I’m still riding that giant wave in the 50-year-storm, thanks to her acceptance of the iconic movie. 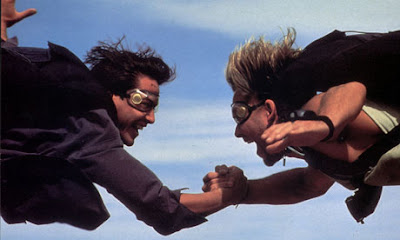 I’m thankful for VCI Entertainment, a company who snatches up seemingly-unwanted movies from the past and presents them in pristine (but budget-priced) DVDs and Blu-rays complete with trailers and extras. If my movie collection had an official sponsor this year, it was VCI, and I discovered so many obscure fifties westerns, horrors, and noirs (these three genres seem to be what VCI does best) this year thanks to their semi-regular 50 and 60% off sales—one of which is currently running as of this writing. Some of my best VCI discoveries this year include Dark Night of the Scarecrow, Horrors of the Black Museum and the fantastic Sterling Hayden westerns Hellgate and Shotgun, the latter of which co-stars Yvonne De Carlo. Outstanding stuff from an outstanding company.

I’m thankful that Mad Max: Fury Road exists. It literally amazes me that a mainstream Hollywood movie has such strong women, incredible and unconventional stunts, storytelling far outside the norm, and a powerful subtext unifying the whole thing. I thought movies like this simply didn’t get made anymore when because bean counters and executives seem obsessed with trying to remake anything that was once successful with little concern of doing something new. Yet here it is, the movie that proves the exception to the rule and throws convention out the window at 100 miles an hour. It’s wonderful, and it gave me just a little bit more faith that the studio system can help produce popcorn entertainment AND good art at the same time.

I’m thankful for what I perceive to be a gradual decline in hipster irony. Sure, irony is still here in a major way, but it seems to me like it’s on the decline. More and more people seem to be embracing things with a pure enthusiasm and less and less people seem to be getting their kicks from taking a dump on good things and celebrating bad things. There will always be a group of people who hate good things just because they want to be different, but I’m noticing a groundswell of people who are standing up for what they like and are unapologetic about it. I’m not sure Turbo Kid could have found as much love as it has if it had been released several years ago because it isn’t an ironic movie—there isn’t a single knowing wink or throwaway reference for the audience to giggle at. It’s a film clearly made with love and care, not irony. A new generation of directors is coming into their own, and they’re fueled by passion for their influences and the movies that shaped them, not disdain or deconstruction. My hope is that the era of Seth McFarlane is drawing to a close and a new era of honesty and positivity is on the rise. We don’t have to like everything, but we also don’t have to berate others for liking what they do. Culture seems to be slowly moving away from that, and I’m really thankful for it.

I’m thankful for the independent movie scene. It’s never been easier for small films to get made. You can make a movie with your phone now! With the ease of entry being what it is, there is certainly an increase in mediocrity, but there’s also a lot of really good stuff coming from people who could never get a major studio to back their project. There has literally never been a better time for making a film outside the studio system.

I’m thankful that I was able to participate in Turner Classic Movies’ “Summer of Darkness” and their corresponding online educational course. I learned a ton about a movie category that I really love, and it was great to have a knowledgeable professor who provided us with tons of printed resources to accompany the dozens of hours of films—all for absolutely no cost at all. 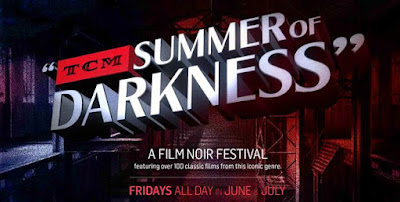 I’m thankful that even though physical media has been declared dead, it’s still here for those who want it. In fact, it’s more accessible than ever before and the prices are lower than ever, too. And for all the warnings I hear about “disc rot,” I’ve yet to have a DVD or Blu-ray corrode become unplayable due to age.

Similarly, I complain constantly to anyone who will listen about the dangers of streaming media. It limits what people can watch and seems to have dramatically shrunk the availability of most of the movies that have been made and our access to them. Streaming subscribers are very much limited to catalog of movies that a company like Netflix is able to show. I think the danger is very real, but I don’t often take the time to look at the other side of that coin, which is the ease that filmmakers have to get their movies to an audience by using streaming outlets. While it’s true that there are lots of major titles that don’t show up on Netflix, loads of smaller films are given a potentially huge audience that they might never have found without the ease of accessibility offered by streaming services.

I’m thankful that Star Wars has taken over pop culture. Honestly, my Star Wars fandom made me an outsider for years, and no one seemed to understand why I loved the movies (both before the Prequels as well as after) as much as I did. I was picked on constantly in high school, and when I had a Millennium Falcon groom’s cake at my wedding surrounded by action figures, people thought I was a total weirdo for letting it take up so much of my life. Now, years later, the entire world loves these movies as much as I do. In all my years of fandom, I’ve never seen anything like this, not even in 1999. I know the universal enthusiasm won’t last forever, but I’m currently having the time of my life as millions of people count down the days until The Force Awakens. There will probably never be another year as filled with this much positivity for Star Wars, so I’m so grateful to have been able to experience it. 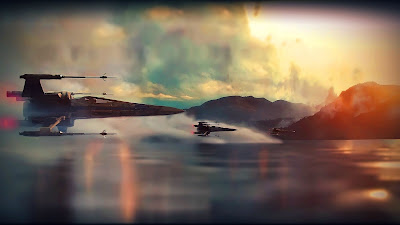 Finally, I’m so thankful for this community, for this website, and for the ability to be a part of both. The tagline “Movie Love for Movie Lovers” is dead-on, and this is always a safe place to come and talk about what works for us and what doesn’t without fear of judgment or recrimination. We’re here because we love movies and we can’t NOT talk about them. I love coming here daily and seeing what everyone is talking about. THANK YOU.
Posted by Patrick Bromley at 12:00 PM