I’m finally caught up on September and October releases. Let’s discuss some of them!

Bridge of Spies – I was sort of dreading this movie (I don’t usually like Cold War stories) despite being a super-fan of both Steven Spielberg and Tom Hanks but I’m so glad that I finally saw Bridge of Spies. It’s tremendous. I love how idiosyncratic the movie is. At first, you think it will be a courtroom movie and then it’s not anymore and it turns into basically Spielberg’s riff on The Third Man. Hanks is so great in Bridge of Spies, as are Mark Rylance and Scott Shepherd. Just like he did with Catch Me If You Can, Spielberg takes an inherently dramatic story and injects it with smart dialogue and just enough humor to make the experience an absolute joy to sit through. 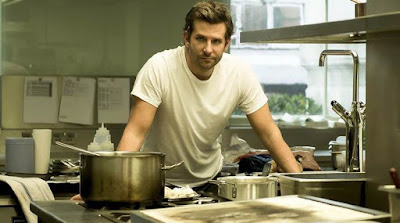 Burnt – One of the most average movies I have ever seen in my life. It’s about as stock of a story as stories get – the bad boy on his way to redemption – but the performances are really strong from an excellent cast that includes Bradley Cooper, Sienna Miller, Omar Sy and Daniel Bruhl. Plus, the movie has a pretty cool twist that I didn’t see coming. Surprisingly, for a movie about food, I didn’t get very hungry during Burnt. The food looked too fancy to me to be appetizing. I’m uncultured.

Goodnight Mommy – Although well made, I don’t get what all of the fuss is about with Goodnight Mommy. I thought it was a little gross but it didn’t scare me exactly and the payoff sort of renders the movie as a one-time deal instead of a movie you can watch over and over again IMHO. I didn’t hate it by any stretch, but I can’t believe the hype this one is getting while superior efforts like Tales of Halloween or Bone Tomahawk are flying under the radar on VOD and not able to get much of a theatrical booking. 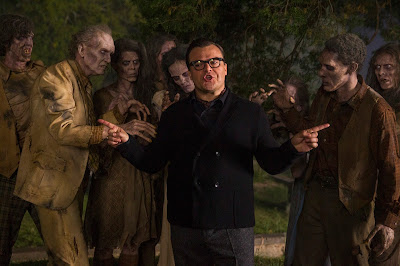 Goosebumps – I was hoping Goosebumps was going to be a fun romp, a la Hocus Pocus. It’s not. But that doesn’t mean it’s terrible, either. I had some fun with Goosebumps, and after a shaky first couple of acts I got into the spirit of the movie and ended up having a good enough time with it to remember the movie fondly.

The Martian – A very good movie that is, just maybe, a little boring in how very good it is. I’m having trouble reconciling my feelings about The Martian. It’s terrifically made and the cast is almost universally strong but something about it just seems too easy. It’s like it took what worked from Cast Away and Apollo 13 and just freshened it up. I could easily sit and watch The Martian again but I’d be lying to say that this was a movie that’s stuck with me all that much since I’ve seen it. That being said, all movies should be this good. 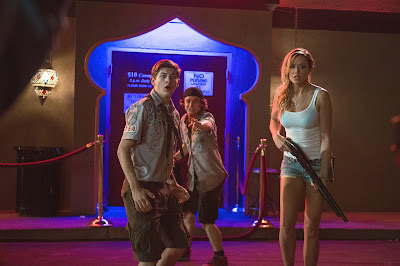 Scouts Guide to the Zombie Apocalypse – I can’t really review this one. I walked out after 22 minutes because I found it to be unbearably obnoxious.

Sicario – Holy shit is this movie great! I love movies like Sicario that are so confident in their filmmaking and storytelling that they just look easy and not like a movie baiting for an Oscar. Emily Blunt once again proves she’s a solid anchor for an action movie and this is the best work Benicio Del Toro has done since maybe Traffic. Sicario is intense and exciting and one of my favorite films of the year. I love Denis Villeneuve movies! 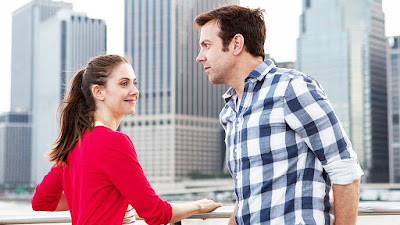 Sleeping with Other People – Not original at all (it borrows heavily from When Harry Met Sally...) but infectious and charming all the same. Alison Brie is fantastic as the female romantic lead and she brings out a sensitivity I’ve never seen before in Jason Sudeikis that is very appealing and hopefully something he continue to draw upon for the future. For a romantic comedy, I didn’t laugh a whole lot during Sleeping with Other People but I did think the movie was really sweet and cute and will easily be one I return to in the near future.

Steve Jobs – I can’t believe how poorly this movie did in wide release. It’s too bad, because I thought it was very impressive. The dense Aaron Sorkin screenplay is out of this world good, as is Michael Fassbender as Steve Jobs. Is Steve Jobs as good as The Social Network? No, but it’s more electric and entertaining than most action movies and I love how the movie works as a piece about what it’s like to work for an asshole. A brilliant asshole, but an asshole all the same and how sometimes you need to have someone be an asshole in order to push the boundaries that nice people can’t. 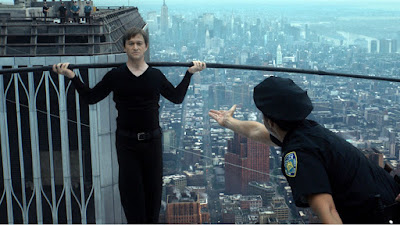 The Walk – This was a movie that completely got lost in the shuffle of too many movies being released in October. Did you miss anything? Yes and no. No, because The Walk is just fine. It’s not one of Robert Zemeckis’ best and it has a particularly slow first two acts up until the actual high wire walk by Philippe Petit between the two World Trade Center towers. That portion of the movie is sensational. But I do think many people missed out in one particular sense and that is the 3D. I saw The Walk in 2D and was kicking myself the entire time because I could just tell that it would have really been something to behold in IMAX 3D. But that opportunity has passed and I’m afraid we won’t be able to replicate anything close to it on home video. This is a perfectly decent movie that deserved a better fate than it received.

I want to know what you think of these movies. Leave your comments below. Thanks!
Posted by Patrick Bromley at 5:00 AM