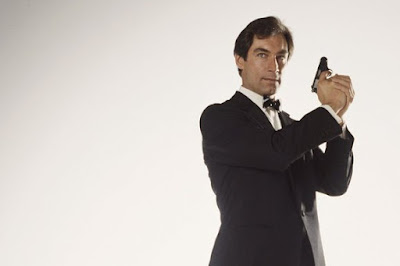 And you thought Christmas only came once a year.

Spectre, the 24th James Bond film, is currently in theaters and is...disappointing. It makes me want to go back and revisit the Bond movies of the past, because at least when those aren't very good I can excuse them as a product of their time. When Moonraker is terrible, we can just say "Well, it was the '70s. Everyone was on cocaine and Roger Moore was 87 with a diaper full of shit." Maybe we'll be able to see Spectre that way some day...but not now.

Have a seat. Pour yourself a vodka martini. Make a sexist pun. Spend the day with us and Bond.