To celebrate the 190th installment of this column, I thought it would be fun to pick some of my favorite movies currently available on Netflix. #morethanfave7films 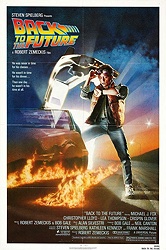 Back to the Future (1985, dir. Robert Zemeckis) This is the best movie ever made, which means all other movies exist only in comparison to this one. That's ok. If you haven't seen it in a long time, watch it again this weekend. You'll be amazed at how quickly the movie arrives at the Enchantment Under the Sea dance. That's because the script is a perfectly set stopwatch. 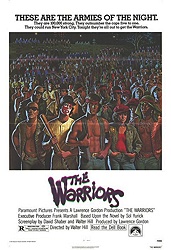 The Warriors (1979, dir. Walter Hill) Like a lot of my favorite movies, this is a movie I love more every time I see it. Whenever I watch it, the first thing I want to do when it's over is watch it again. After you watch the movie, you can listen to our podcast here. 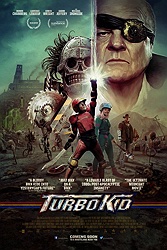 Turbo Kid (2015, dir. Francois Simard, Yoann-Karl Whissell, Anouk Whissell) Obviously, this is a recent favorite. Many of you have discovered Turbo Kid since I started shouting about it last summer, largely thanks to it being on Netflix. I can't think of another movie in recent years that feels more like filmmakers reached into my brain and pulled out everything that's in there and put it on screen. If you want to know me better, watch Turbo Kid. 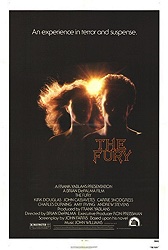 The Fury (1978, dir. Brian De Palma) Not my favorite De Palma movie, but in the Top 5 (I think) and the one that's streaming on Netflix. This has been showing on cable quite a bit lately and it's the kind of movie that I have to put it on and leave it to the end when I come across it. Watching Joe Begos' The Mind's Eye recently reminded me how much I love The Fury. 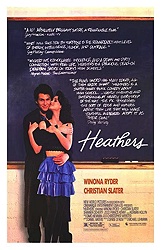 Heathers (1989, dir. Michael Lehmann) One of the best comedies of the '80s and one of the best teen movies ever made. Movies like Heathers and Better Off Dead bring up a real chicken/egg debate in my life: did I respond to this movies so strongly as a kid because of some sensibility I was born with, or did movies like this help develop my sensibilities? My guess is that it's a little bit of both. After you watch this one, you should listen to our podcast here. 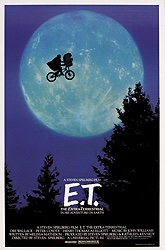 E.T. The Extra Terrestrial (1982, dir. Steven Spielberg) I mean, it's E.T. I know that's not Back to the Future, but it's still fucking E.T. Here's another movie that works great when you're a kid and even better when you're an adult. I think it's really hard to choose a "best" Steven Spielberg movie but I also think it might be this one -- or, at least, it's the one that represents him best.
Posted by Patrick Bromley at 12:00 PM