Here are a few reasons why Kurt Russell has become my favorite actor.

You ever have one of those realizations about a movie or an actor that sneaks up on you? That happened to me not long ago when I became aware that I hold Kurt Russell in higher esteem than I do any other actor. I expressed this to my wife at some point recently and she said something along the lines of “Huh. You don’t talk about him, so I didn’t know you liked him so much.” I didn’t either, it turns out. I just woke up one day, got dressed, ate breakfast, and had a quiet little explosion in my head that left traces of Kurt Russell all over my gray matter. Part of this development stems from my watching almost nothing but live-action Disney movies from the 1960s and 1970s a couple of months ago and realizing that he’s ALWAYS been great. Part of it seems like it’s been there all along, I just wasn’t aware of the shrine I’d built in my head. While I recognize that he’s never been an “awards” actor and doesn’t have a credits list like De Niro used to have before his resume began to resemble the bottom of a birdcage, Kurt Russell has been quietly making awesome movies for SIX DECADES.

Kurt Russell is one of those guys who has had such a diversified career that he’s earned fans from completely different—often not overlapping—groups of movie enthusiasts. We’re just rolling off another successful Scary Movie Month, which means that a good portion of you guys might have watched Russell in John Carptenter’s The Thing during October. The horror fan also loves Kurt Russell for his involvement in other Carpenter films like Escape from New York and Big Trouble in Little China, even though these movies aren’t necessarily horror at all. They’re directed by one of horror’s great talents, though, and they star Russell in iconic roles. If you want an action hero, Kurt’s your man. He’s no stranger to genre films made by guys besides Carpenter, either. It’s fair to say that he’s both an action and a horror icon.

The music fan loves Kurt Russell because of his connection to Elvis. A very young Russell made an appearance in the 1963 Elvis film It Happened at the World’s Fair. Later, he would star as The King himself in a made-for-TV miniseries/film biopic directed in 1979 by the master, John Carpenter (see above). There’s a tip of the hat to Elvis by Russell in 1980’s Used Cars, and Russell would play an Elvis impersonator in the trashy-but-oh-so-watchable 3000 Miles to Graceland. It’s kind of crazy that one guy would have so many brushes with a single personality over his career, but Kurt Russell isn’t your average actor.

The western fan loves Kurt Russell because of his outstanding contributions to the genre. There have only been a small handful of them, but western nuts sing campfire songs about Kurt Russell for his role as Wyatt Earp in Tombstone. In a 2006 interview Russell gave to True West Magazine, he claims that he served as the functioning director of the film, which was a deeply troubled production. The actual director (on paper), George P. Cosmatos, Russell claimed, was brought in to be the public face of the film while Russell was secretly doing things like setting up shots and lining up the schedule each night before the next day’s filming began. He claims that it was such a secret that he had developed little pieces of sign language between himself and Cosmatos so they could communicate while filming in front of everyone else. The interview is fascinating (and can still be read here), and exemplifies something that western movie fans have come to appreciate about Russell: he really knows his history. He can look at a western story and tell when in time the story could have occurred, down to the year. He has a real passion for westerns and the western way of life, which is one of the things that makes him so good in them. You can watch Bone Tomahawk and The Hateful Eight for further evidence, as if any is necessary.

The Disney fan loves Kurt Russell because he’s forever linked to the famous studio’s legacy. Beginning in the 1960s, Russell was one of several young stars who Walt himself took a shine to, joining Hayley Mills, Tommy Kirk, and Annette Funicello as the company’s main teen players. People who were there at the time say that Walt Disney just felt a connection to this group of young actors and treated them with respect, which was not necessarily something the extremely-busy executive, who was often cold and impersonal while working (and he was always working), was known for. There’s been a long-lasting rumor that Walt Disney’s last words were, in fact, “Kurt Russell.” This has been debunked by Disney historian Jim Korkis through extensive and painstaking research, however; what we do know as fact is that after Walt died, a piece of paper in his office that had “Kurt Russell” hand-written by Walt was discovered during the cleanup of his personal effects. During a visit to the studio in Burbank, someone told Russell that they had found this piece of paper on Walt’s desk and took him up to the office to show it to him. So the truth is that no one knows what Walt Disney’s last words were, but he did write Kurt Russell’s name on a piece of paper in his office shortly before his passing--likely for a future project--which speaks to Walt’s appreciation for the young actor.

During the late 1960s and into the 1970s, Kurt Russell continued his tenure as a player for Walt Disney Studios, starring in The Computer Wore Tennis Shoes and its two sequels. He has positive things to say about his time working for the mouse, and seems to have built a good working relationship with the studio. He returned in 1981 to voice Copper, the titular hound of Disney’s too-sad-to-watch animated film The Fox and the Hound (no, really, don’t watch it) and it was Buena Vista (a Disney company) that distributed Tombstone. Russell even returned on screen for Disney in 2005’s Sky High. We don’t even need to bring up Captain Ron, though I guess I just did. I’m not sorry; it’s worth watching just to see how much fun Russell is having as a sleaze ball. While the casual Disney fan might not think much about Russell’s contributions, many Disney nerds (hi!) frequently and appreciatively credit Russell for being a notable and important part of Disney history in the tumultuous years after Walt’s passing. 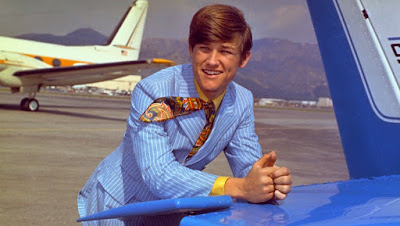 One thing you won’t find when you look up Kurt Russell is scandal. While the occasional rumor pops up every now and again, he seems like he might actually be the nicest guy in Hollywood. His friends all have great things to say about him, including his pal Sly Stallone, co-star of Tango and Cash who, I’m sorry to say, is now my SECOND favorite actor…also, I’ve only just realized Tango and Cash stars my two favorite actors…ANYWAY, he’s been with the same woman (Goldie Hawn, co-star of Swing Shift and Overboard) for over thirty years in unwedded bliss. Goldie Hawn’s daughter Kate Hudson says he’s been the greatest dad ever, making her childhood safe and innocent and always putting family first no matter how busy he was with his career. During interviews with the actor for the press junkets around the release of The Hateful Eight, he said acting in the film was very difficult for him because his character was so rude and brash that it was hard for him to arrive at that place because it was so unnatural for him. Need one more piece of evidence that Kurt Russell is not only the best, but also the coolest as well? He auditioned for the roles of both Luke Skywalker AND Han Solo back in 1976 and then decided to take another job before any casting decisions had been made. Can you imagine what that movie would have been like with Kurt Russell? What if he’d been Luke? “But I was going into Tosche Station to pick up some power converters. And I’m still going, whether you like it or not. If you’ve got a problem with it, you can take it up with the barrel of my blaster rifle.” Pew pew!

It’s for all these reasons that I’ve developed such a high opinion of this dude. You could make a whole day out of watching his movies and end up with a full, varied experience (Patrick has made this easy to do and feels similarly about K.R.’s awesomeness). In a matter of months, a whole new generation of mainstream moviegoers will plop down in a seat for Guardians of the Galaxy Vol. 2 and discover how awesome Kurt Russell is. People will be talking about his performances and how consistent his work has been for years. People who don’t even know who he is will be encouraged to search on Netflix or Hulu and watch a Kurt Russell movie they’ve probably never even heard of. When they do this, they’ll discover what I didn’t know that I knew all along: Kurt Russell is absolutely the greatest, and he has been for a very, very long time.
Posted by Patrick Bromley at 12:00 PM